The 2nd year of the Night Festival was held over the weekend on 10-11 July 2009. On our way to Orchard, it was pouring heavily and we doubt the performance would be held, hence we change our destination to Great World. There was no suitable timing for the movie that we wanna watch. While strolling around in Great World, it was drizzling now and we decided to head back to National Museum.
When we reached National Museum, the rain does not deter the huge crowd from turning up for the Night Festival. The first public art that we saw is The Golden House Book. There are people hiding inside the paper house creating shadow which the public seen from outside. 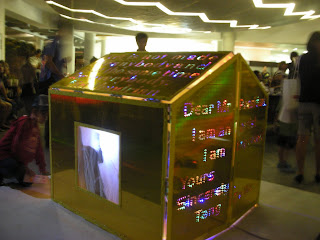 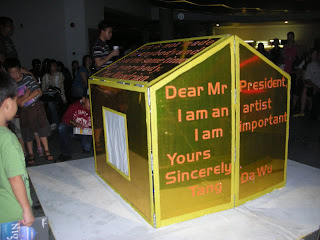 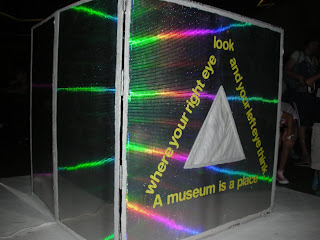 
The next was The Beginning. It is a stainless steel sculpture with LED lights. The spiral form resembles a massive DNA model glowing in the night. 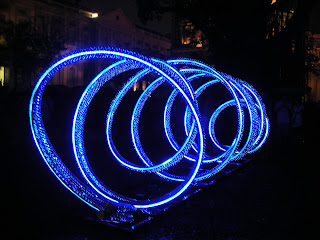 
The tree is a series of interlocking frames with lights. The hanging microphone will detect environmental sounds and alther the lighting nature of The Tree. Hence it glows and dims with the rising and falling sound levels. This installation inspire people to slow down and take a breather. 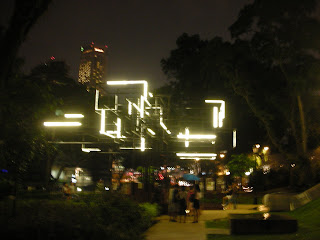 At the Rotunda of the National Museum is this Love tank. I wondered why the display at the Rotunda was Pink again? Last year was Surrounding David by Titarubi. 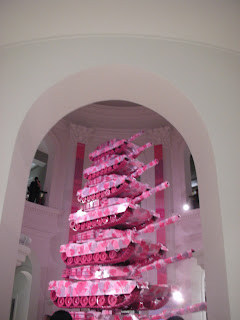 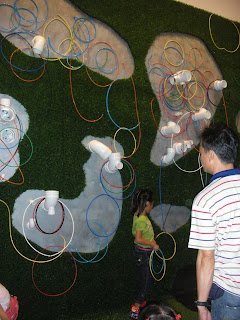 Children having fun in the museum

This illusion of a glass city is made up of hundreds of crystal bottles, jars, cups, bowls and decanters. 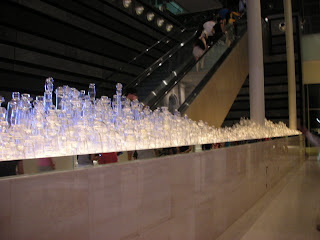 This screen is interesting as it captures the instant view of people standing in front of the screen. 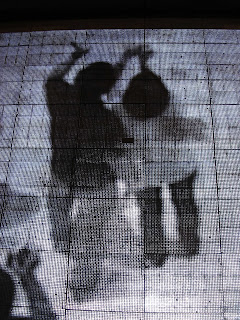 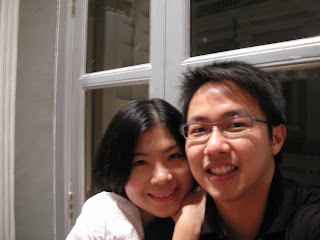 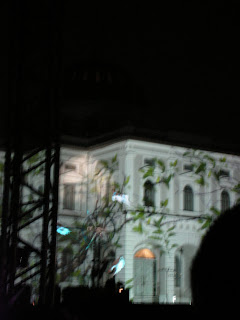 The Loop of Fortune 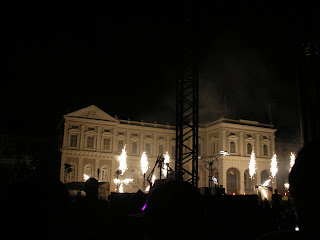