Even though our flight from KL to Seoul is 11pm, we reached Budget Terminal at 4pm to check in for the 5.30pm flight to KL. The check in queue is long as there is only one check in counter open for the flight to KL. 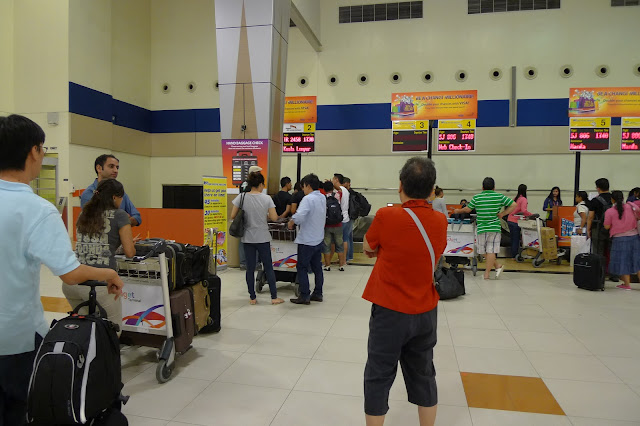 Long queue at the check in counter 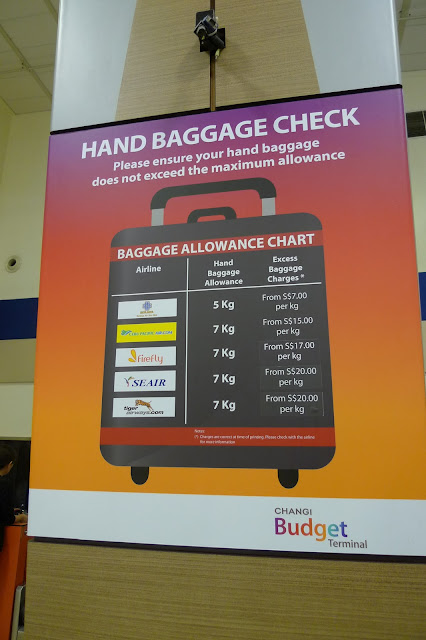 Hand baggage allowance of the airlines at Budget Terminal

After checking in, we have teabreak at the Coffee Bean  while passing our time inside the transit hall. The cakes here is much more expensive. =( 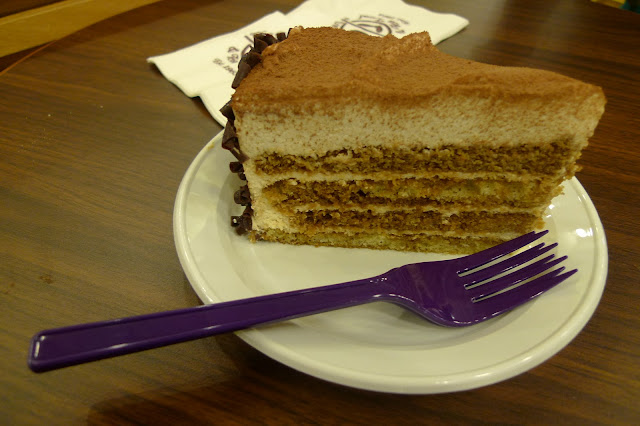 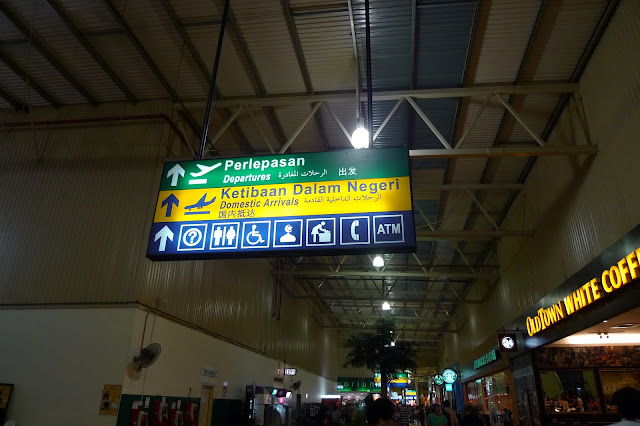 The arrival & departure hall is connected via this corridor


We have about 2 hours to pass while waiting to check in for the Seoul flight. We had our dinner at MacDonald and charged our iphone using the sockets at MacDonald. The Filet-O-Fish and fries here are so dry. Ain't the quality suppose to be the same worldwide?  There is free WIFI at KL LCCT hence it's not so bored passing our 2hr here. The last time I took a flight to KL LCCT 3 years ago, there ain't any free WIFI at all. 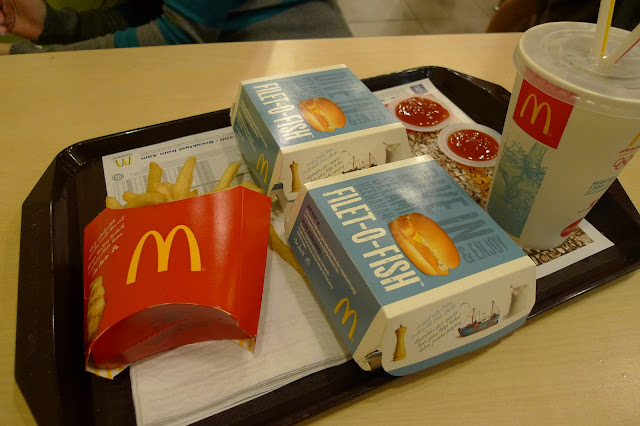 
I checked in using my iphone few days ago and printed out the boarding pass at the check-in kiosks here. Even though self check in is implemented, the queue for Air Asia X check in counter is still very long. 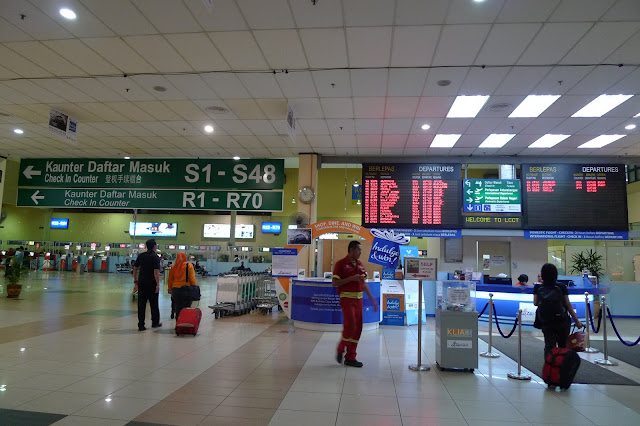 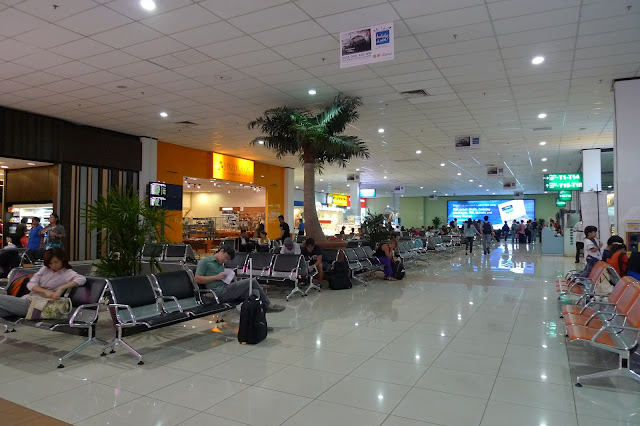 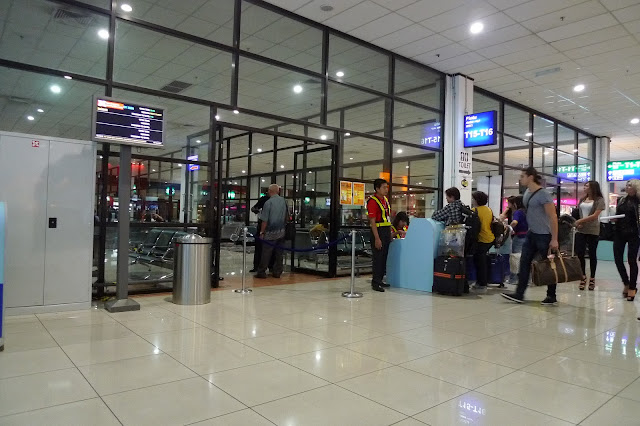 
It was raining heavily when we are boarding the plane. Umbrellas are provided and collected back at the passenger stairs. 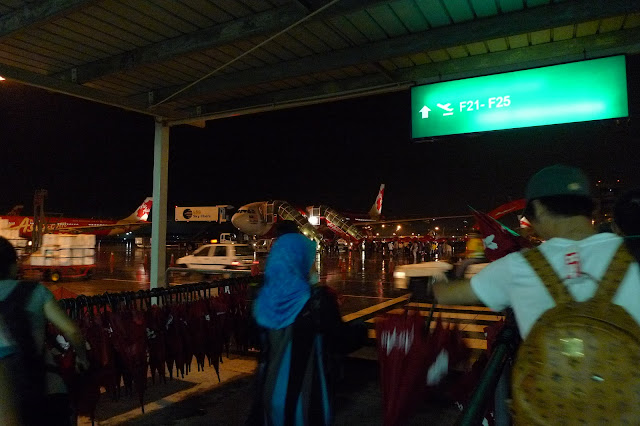 Umbrellas are provided during raining days

The Airbus 330 is huge compared to those flights I took previously which were Airbus 320. We were allocated row 15 which is near the 2nd door of the plane. The flight is almost full but 2 of us could occupy 3 seats as one of the seat belongs to YQ. 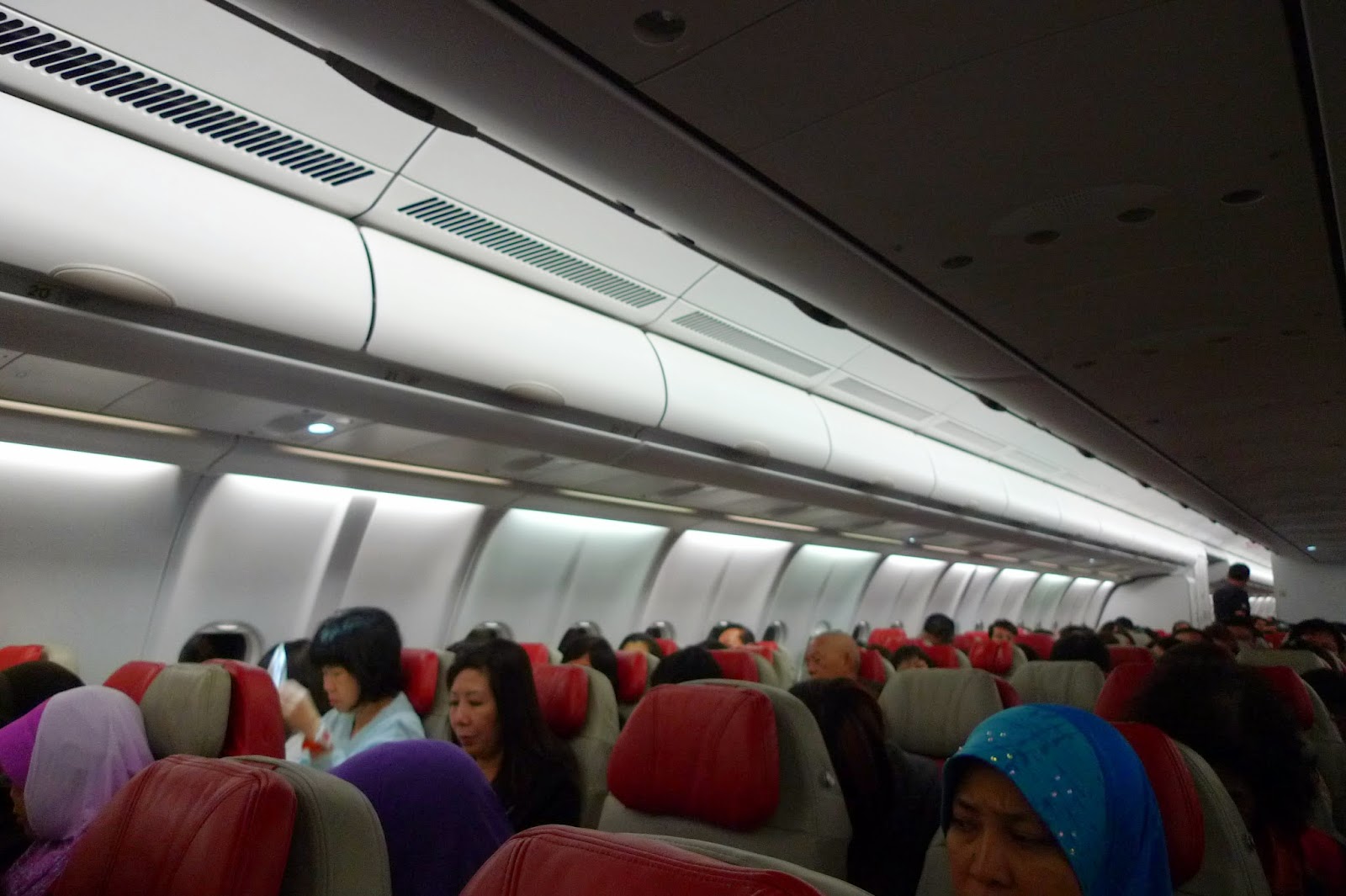 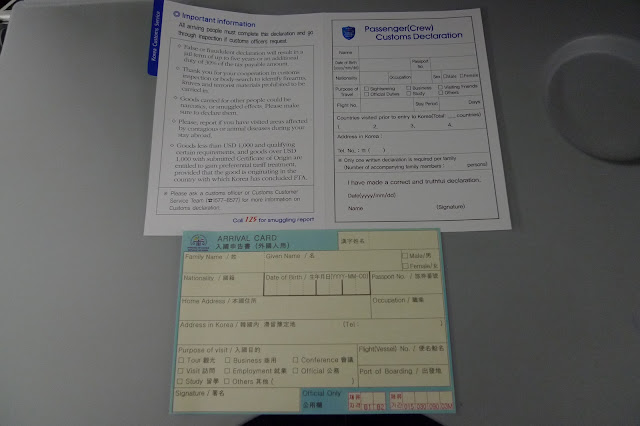 
As it's a night flight, almost all the passengers were sleeping after meals were served.  We didnt pre-booked any meals and felt hungry at midnight. We wanted to purchase hotdogs but it was sold out. In the end, we settled for crossiant. 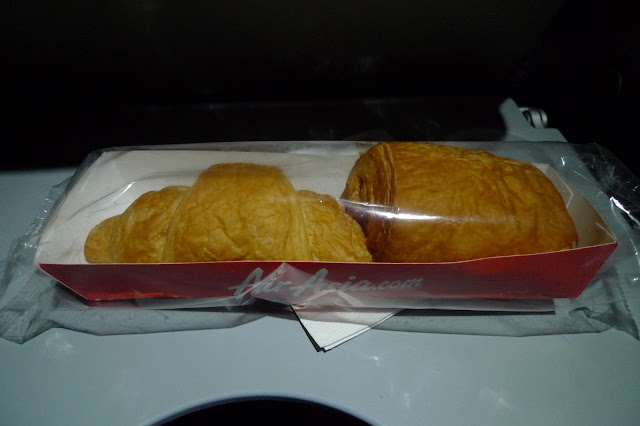 The temperature was very cold and we wore the coats to sleep. I was sleeping in a sitting position while my sis was occupying the 3 seats. We exchanged our position once in a while. The only discomfort about night flight is that I can't sleep soundly in a sitting position. If I'm rich, I'll surely book the business class. =p