I took MRT to the airport after work as it's the fastest way to reach the airport during the peak hour. I met up with my nieces Baoxian and Huiping at Terminal 2. We had Mac for dinner before proceeding to Tiger's counter for checking in. All the airlines which departs from Budget Terminal have shifted to Terminal 2 to make way for Terminal 4.

The check in queue was short and we cleared the immigration in a breeze. Since we still have ample of time before boarding, I decided to check out where is the movie theatre in Terminal 2.  It's situated at level 3 entertainment deck which is quite isolated. The other movie theatre is at Terminal 3 Departure Transit Lounge North. The theatre was pitch dark when we enter and it was screening Fox channel. Most audience are sleeping inside the theatre as the arm chairs and the darkness are so comfortable for taking a nap. 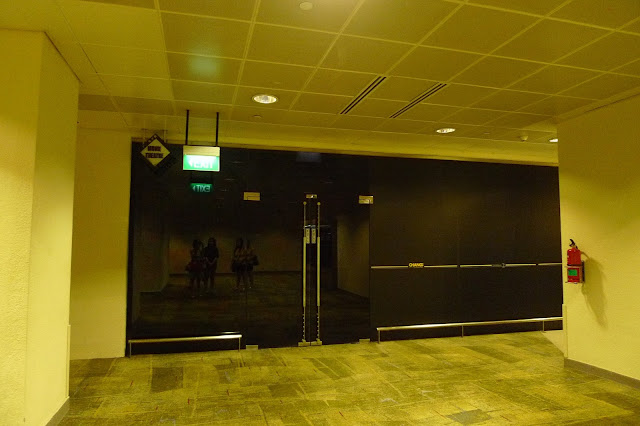 The flight to KL LCCT depart and landed on time. However clearing of the immigration took us at least half an hour as there is a huge influx of visitors and insufficient immigration counters. We walked towards the domestic arrival hall where the shuttle bus to KL LCCT tune hotel is located. 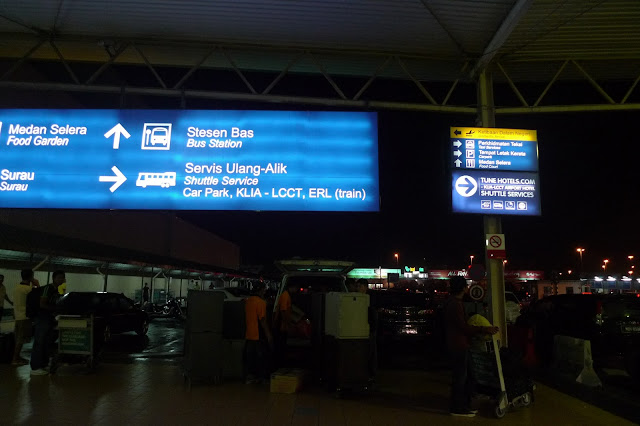 The shuttle bus operates around the clock and departs from the airport on the hour and half hour and departs from Tune hotel 15 min and 45 min to the hour. A Caucasian tourist thought that the shuttle bus departs to KL Downtown Tune Hotel. Luckily he checked with a passenger before the bus departs. The fare is RM1 for each passenger. I have read in tripadvisor that the hotel can be reached by walking from LCCT. The bus journey took less than 5min. 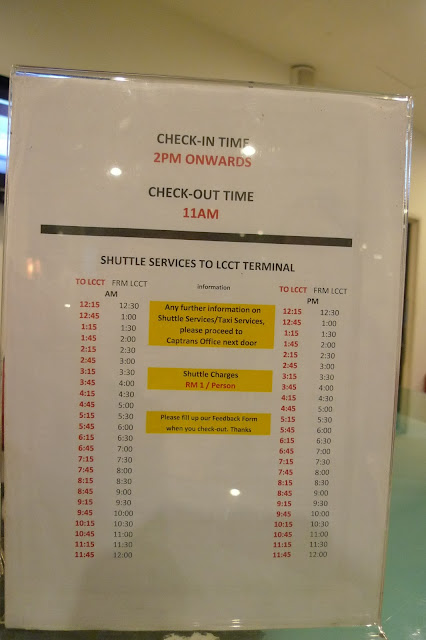 Time table of the shuttle bus 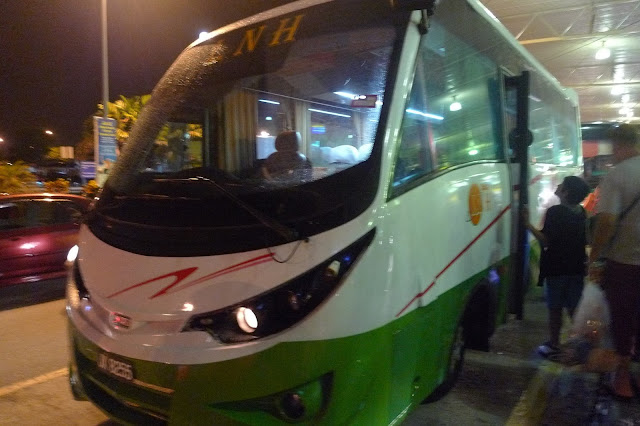 I quickly got down the bus and proceed to check in. Some of the passenger have luggage stored at the luggage compartment hence they are slower in checking in. I didnt have to queue and the check-in process is quite fast. We were given 2 rooms on the 2nd level. There are 6 levels in the hotel. 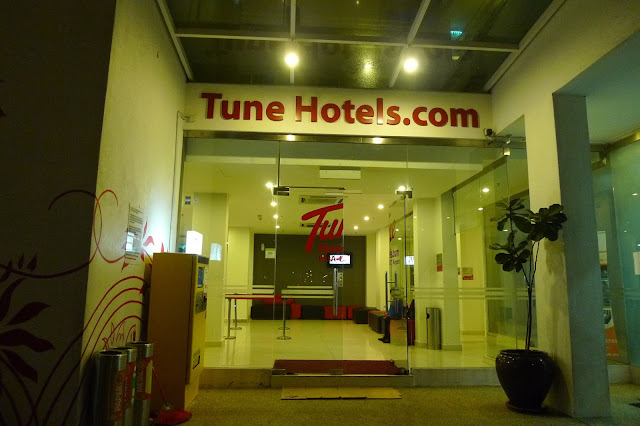 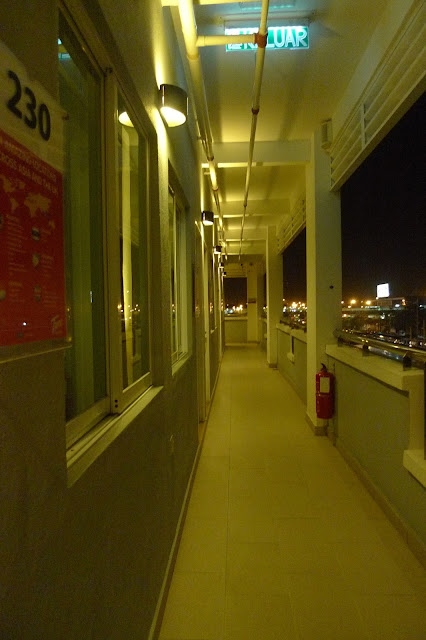 The room is very compact and similar to other Tune Hotels which I have stayed before, The hairdryer here is complimentary whereas Penang and Kuching Tune Hotels charge RM1 for the usage. 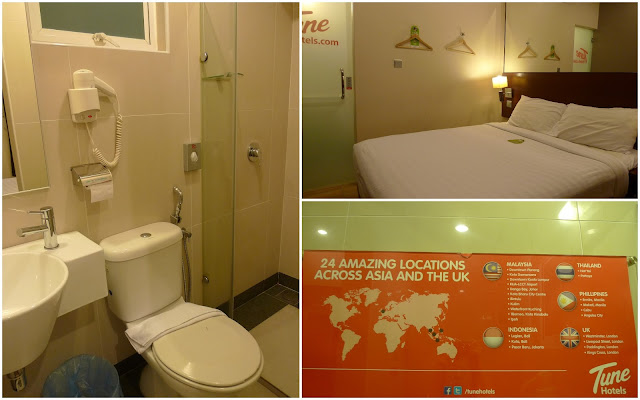 After putting down our belongings, we went down to the convenient store to buy cup noodles for supper. Hot water is available in the 7-11. There is another cafe but the food sold is quite expensive.