We meet up with hubby's friend Jacky and his girlfriend Melody at Terminal 2 Tiger Airway check in counter. After we are done with the check in process, we had our breakfast at SATS Lounge. I find the variety here limited and food is mediocre. 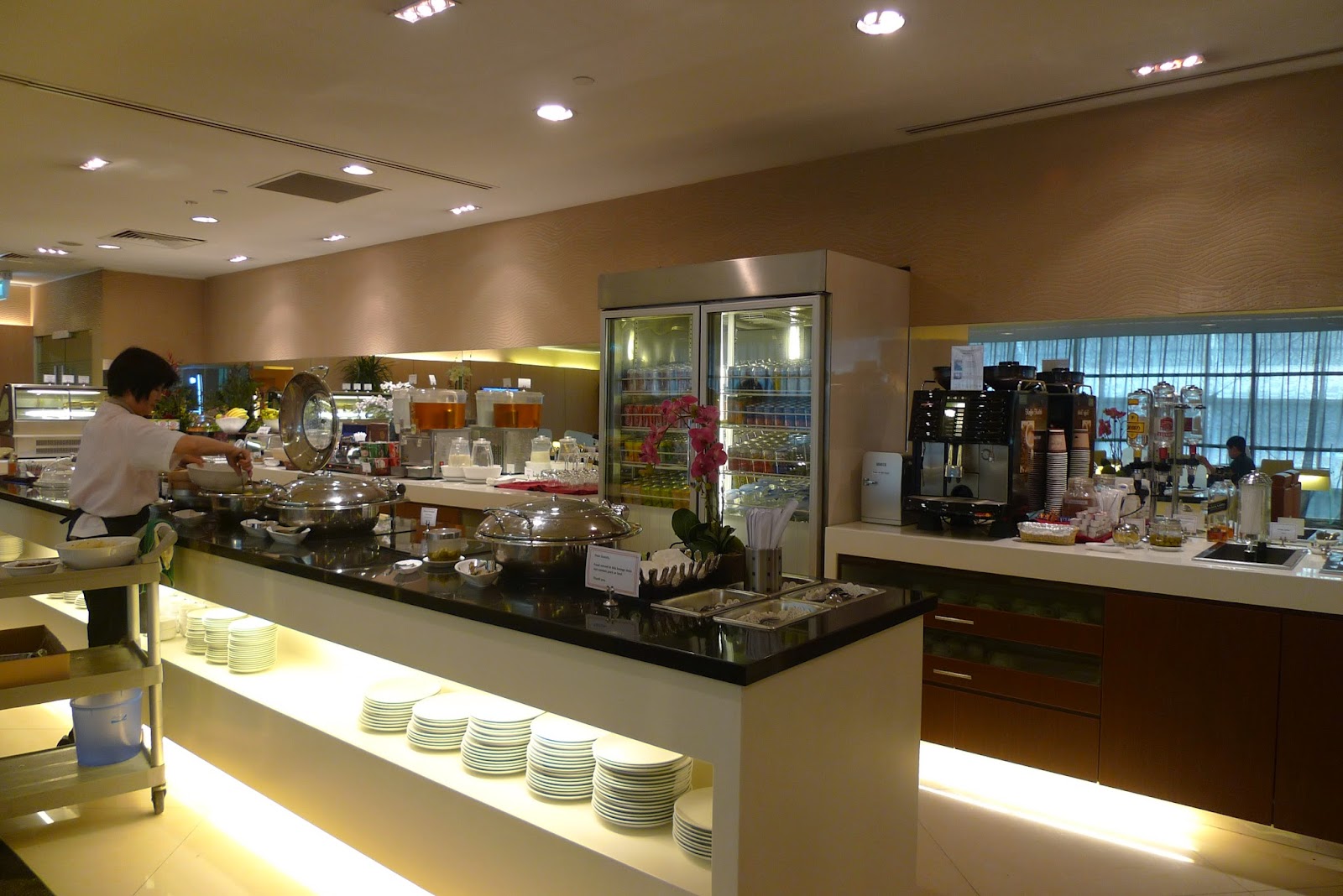 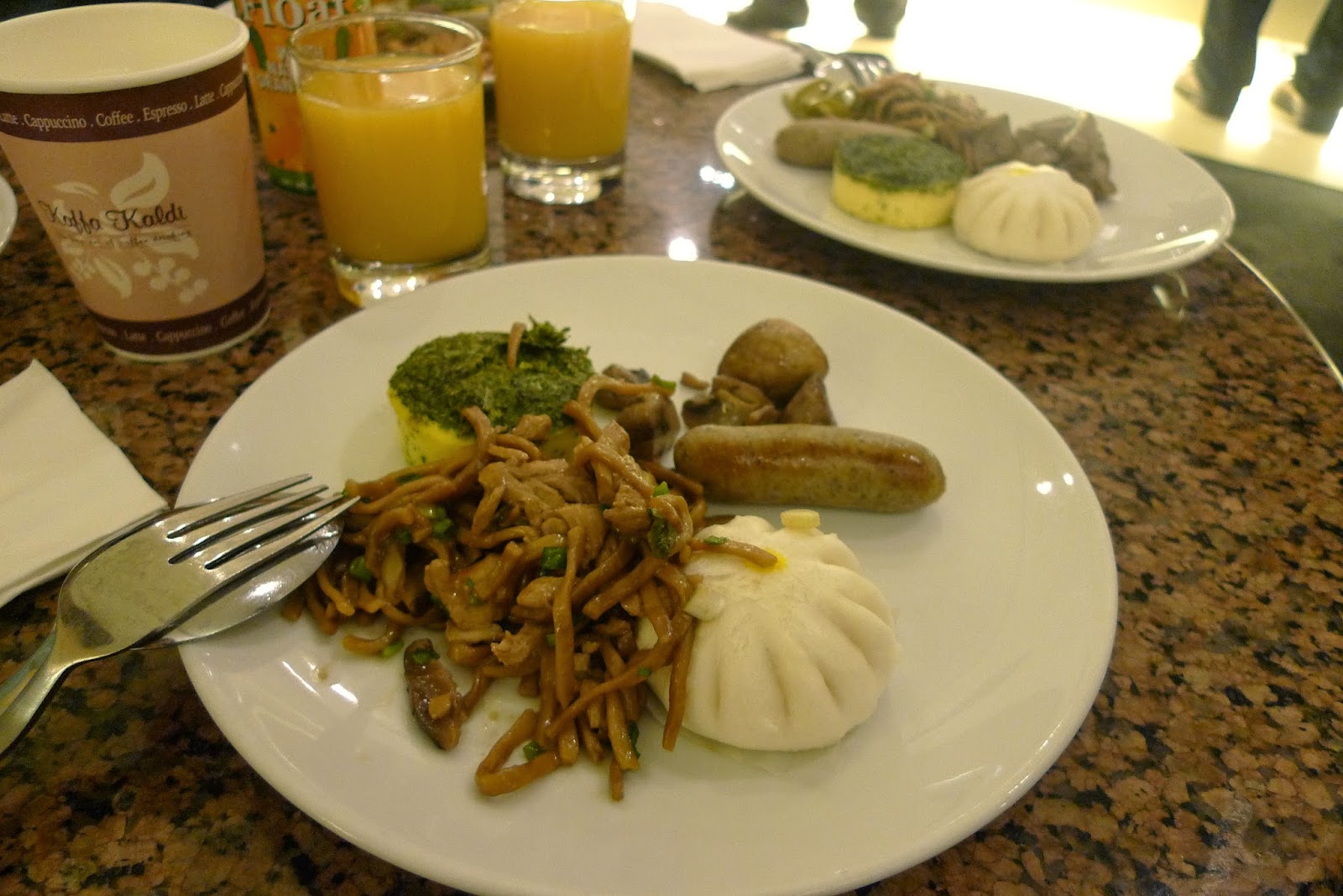 Changi airport currently is converting it's terminal into Disney attractions so how can I missed out the chance to take photos? 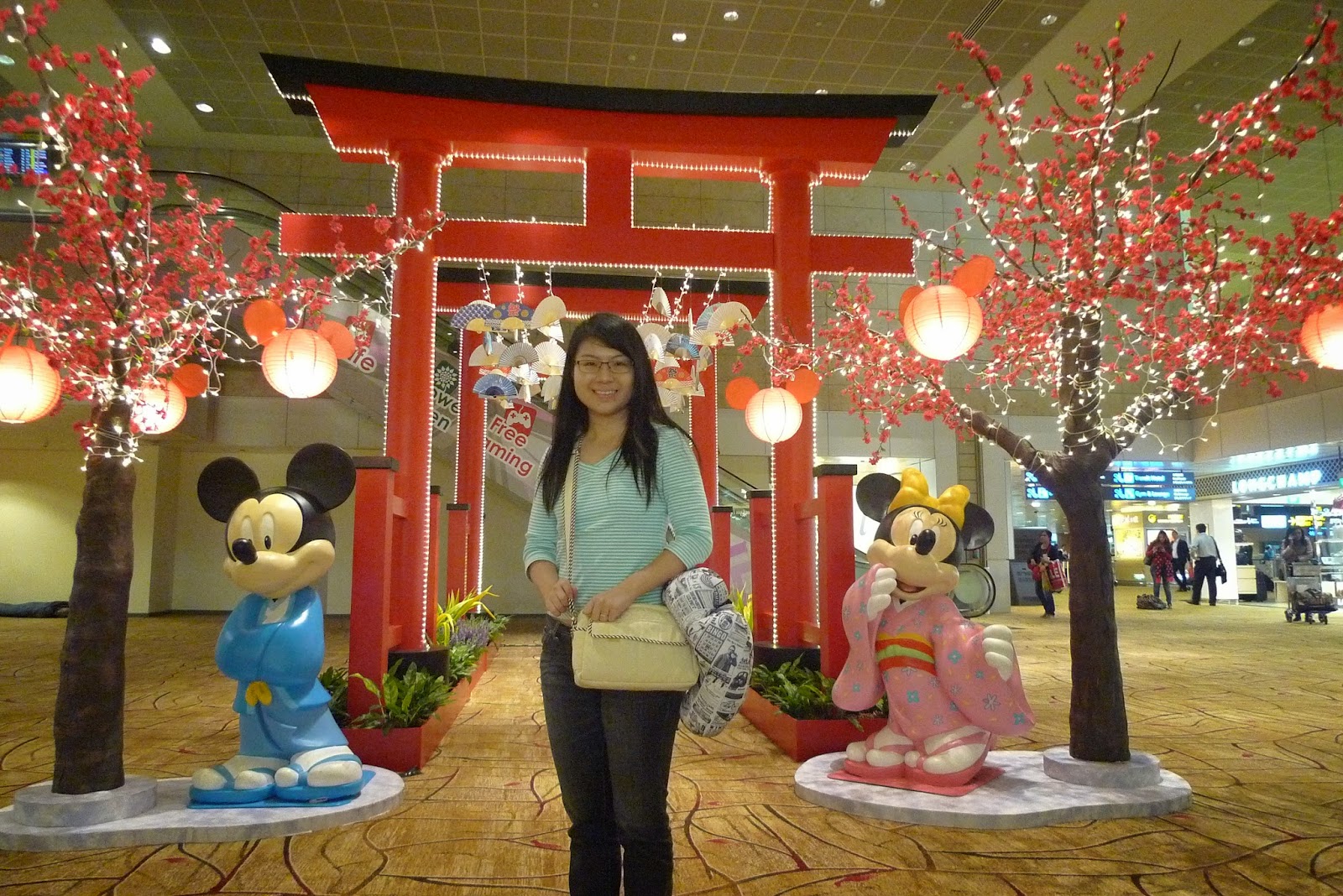 Am I in Japan with Mickey and Minnie?


We reached the boarding gate late and we were disallowed to board the plane. There is no last call announcement and the boarding gate screen is still showing "Gate open". This is the first time I have missed my flight! We went to the information counter to seek help and was directed to the transit counters. When we reached the transit counters, there was no Tiger airways staff and we have to wait till 9am before a staff came over. To my surprise, there are 5 - 6 passengers who also missed their flight to other Tiger's destinations. After 1hr of clearing the airline and immigration procedure, we are back at the departure hall. We quickly searched for alternative flight to Hanoi using our mobile since Tiger does not compensate us for missing the flight. The only alternative is to book the late morning Vietnam airline since there are less than 5 flights a day to Hanoi. Alas, I realised that I have booked the following day flight upon checking in. The counter staff advised us to call the Vietnam airline to change the flight instead of changing it at the spot which cost few hundred dollars more. Hubby called and we manage to change the flight to late afternoon today with a service fee of USD30.

Terminal 3 has a Mini Neuschwanstein Castle at the departure hall. which portray a magical feel and suddenly I feel like going to Disneyland. 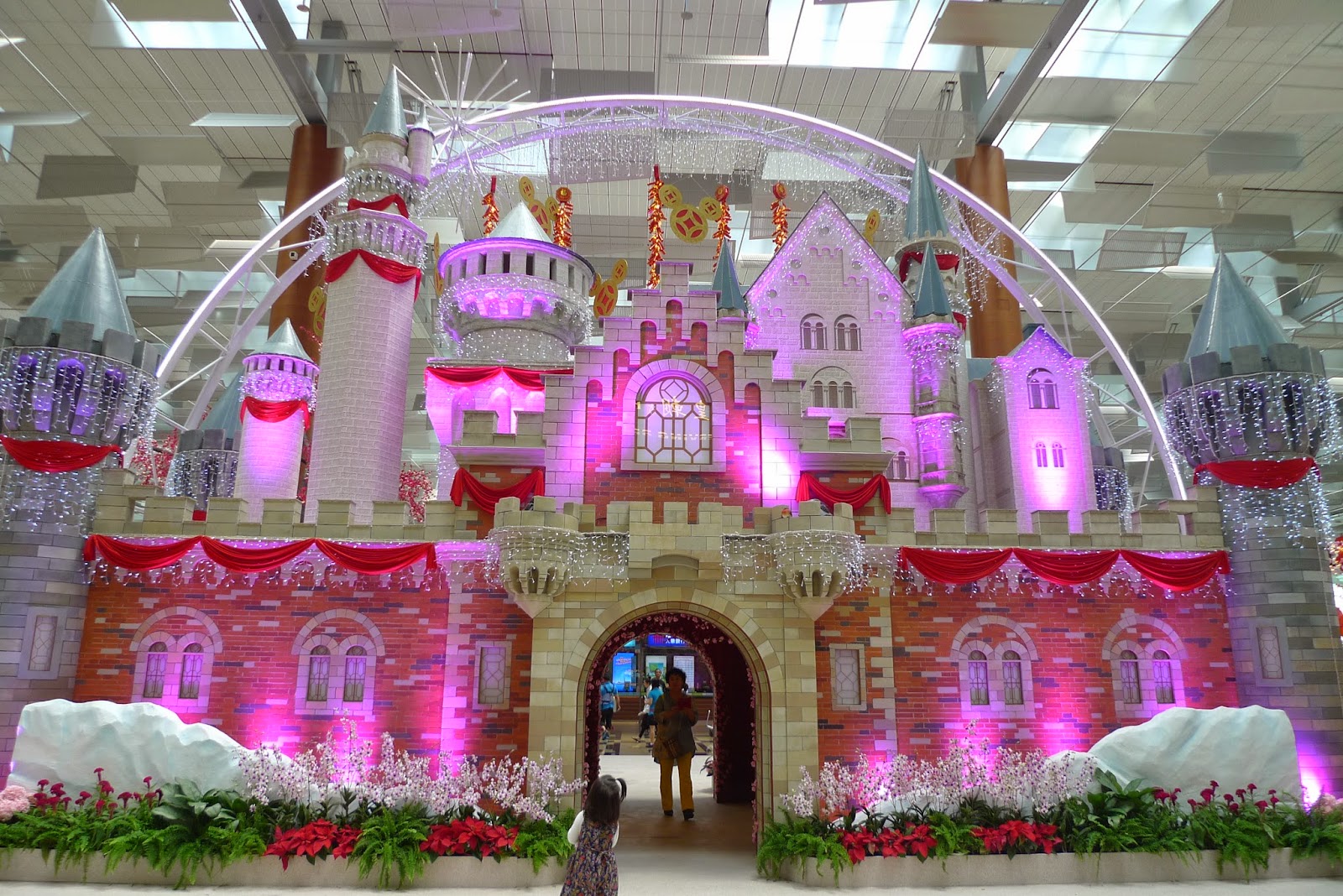 After we have clear the immigration, there are other attractions which are worth photo bombing. 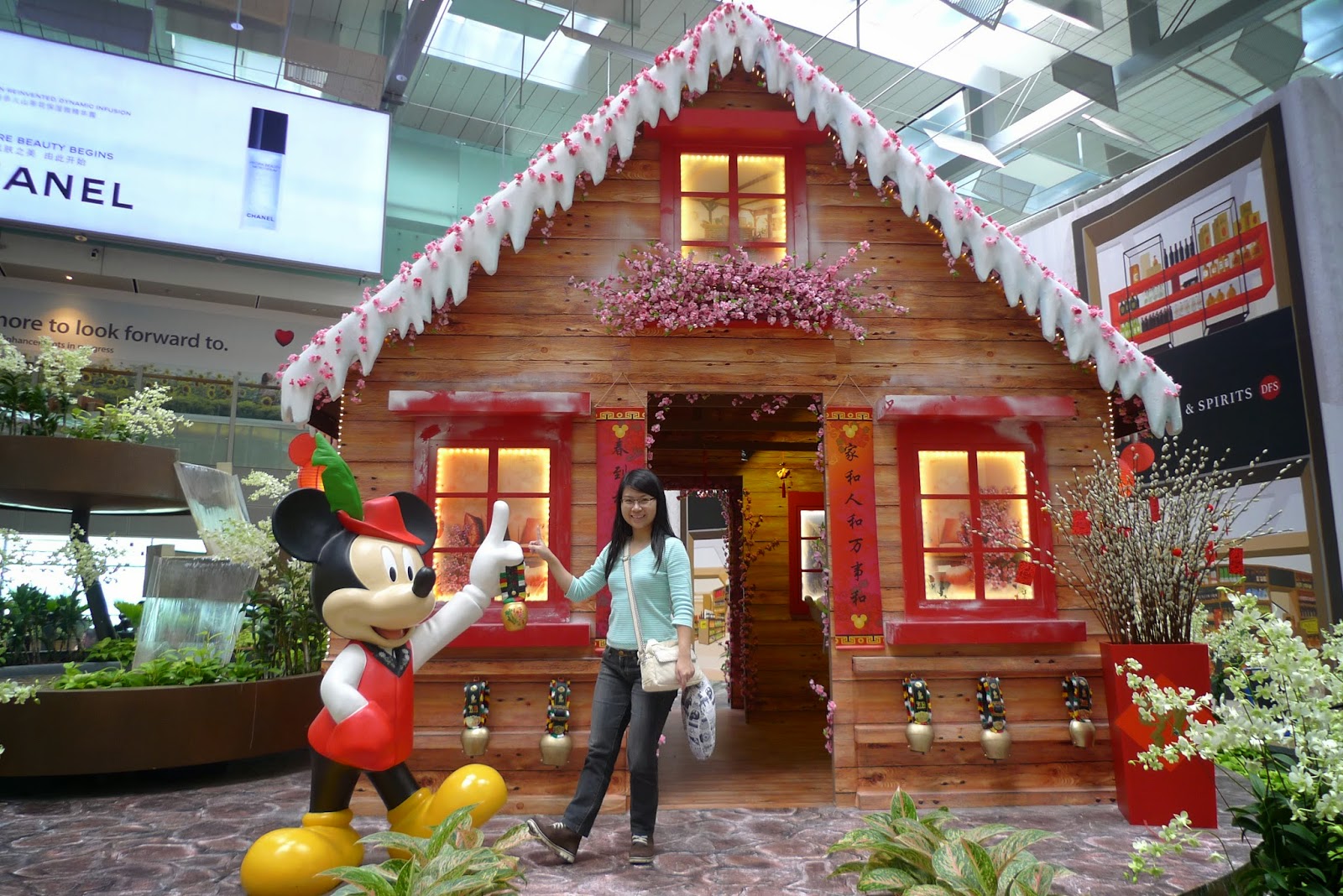 
As we have ample of time before boarding the plane, we caught up with some precious nap at those comfortable couch found opposite Costa Coffee. 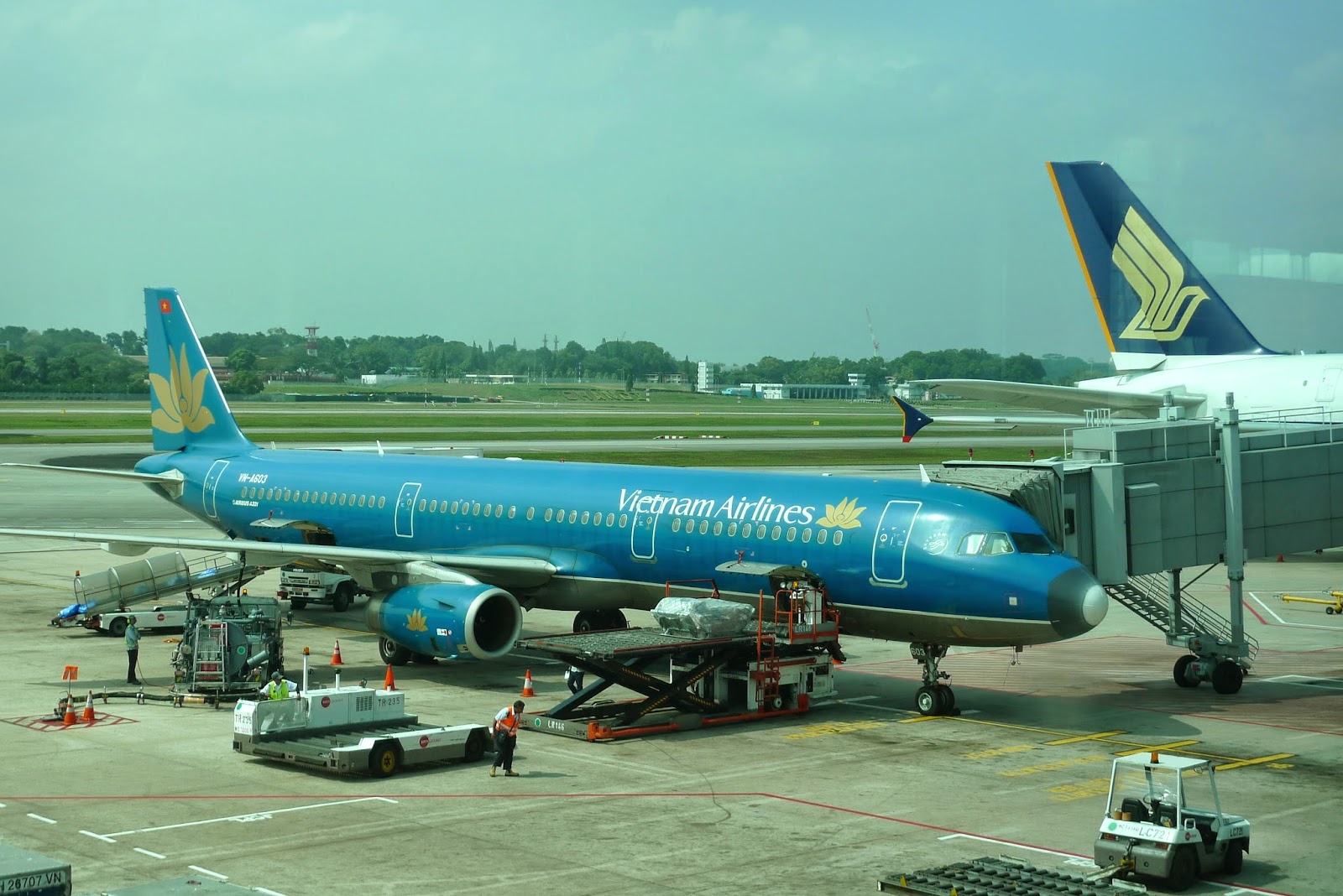 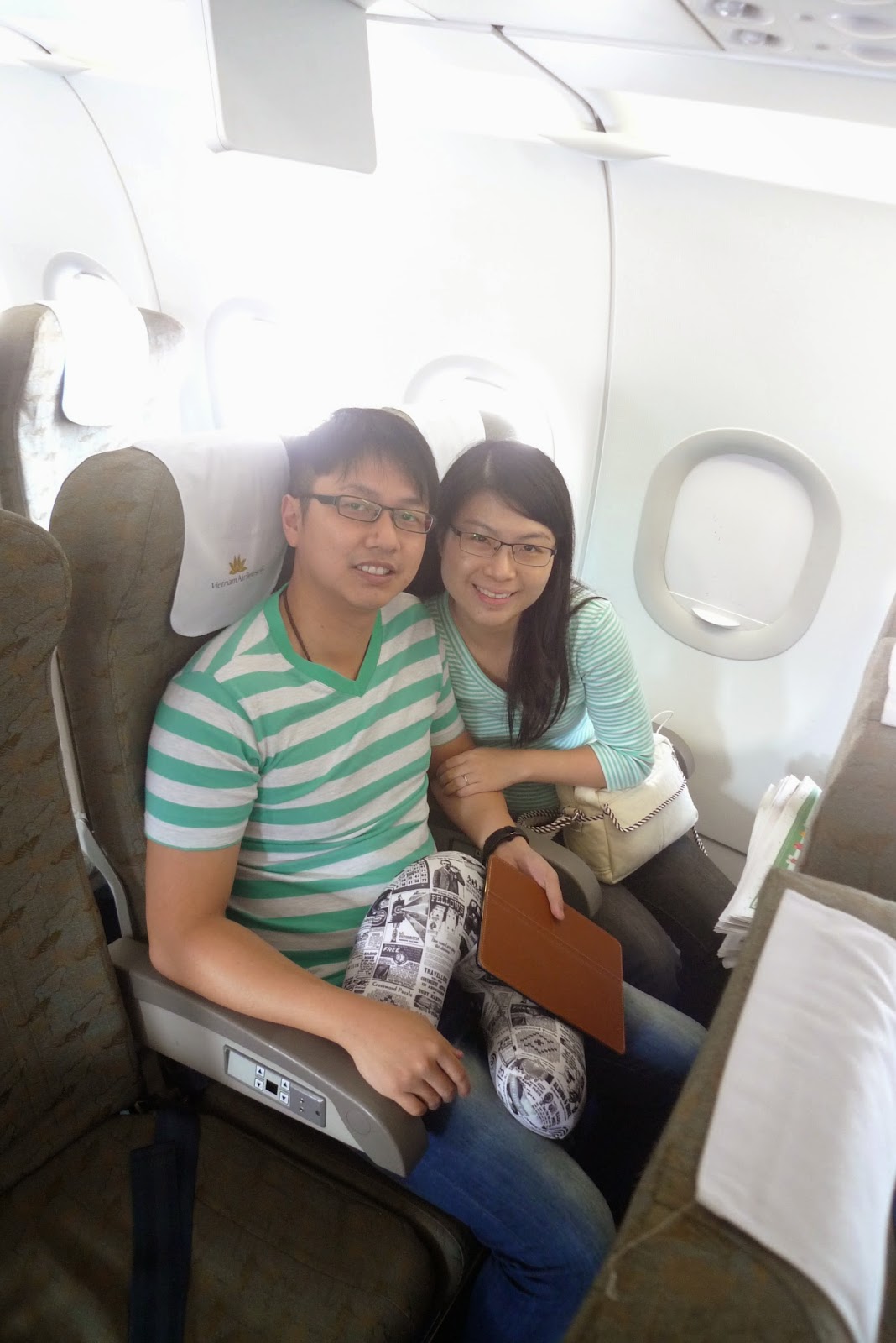 
There was no personalised entertainment since there was no screen in front of each seat. The TV screen at the top was playing Vietnam documentary which we have no interest in so we occupied ourselves with our iphone and ipad. Inflight meal was served and both hubby and I unanimously choose chicken. The food display is surprising inviting and palatable. 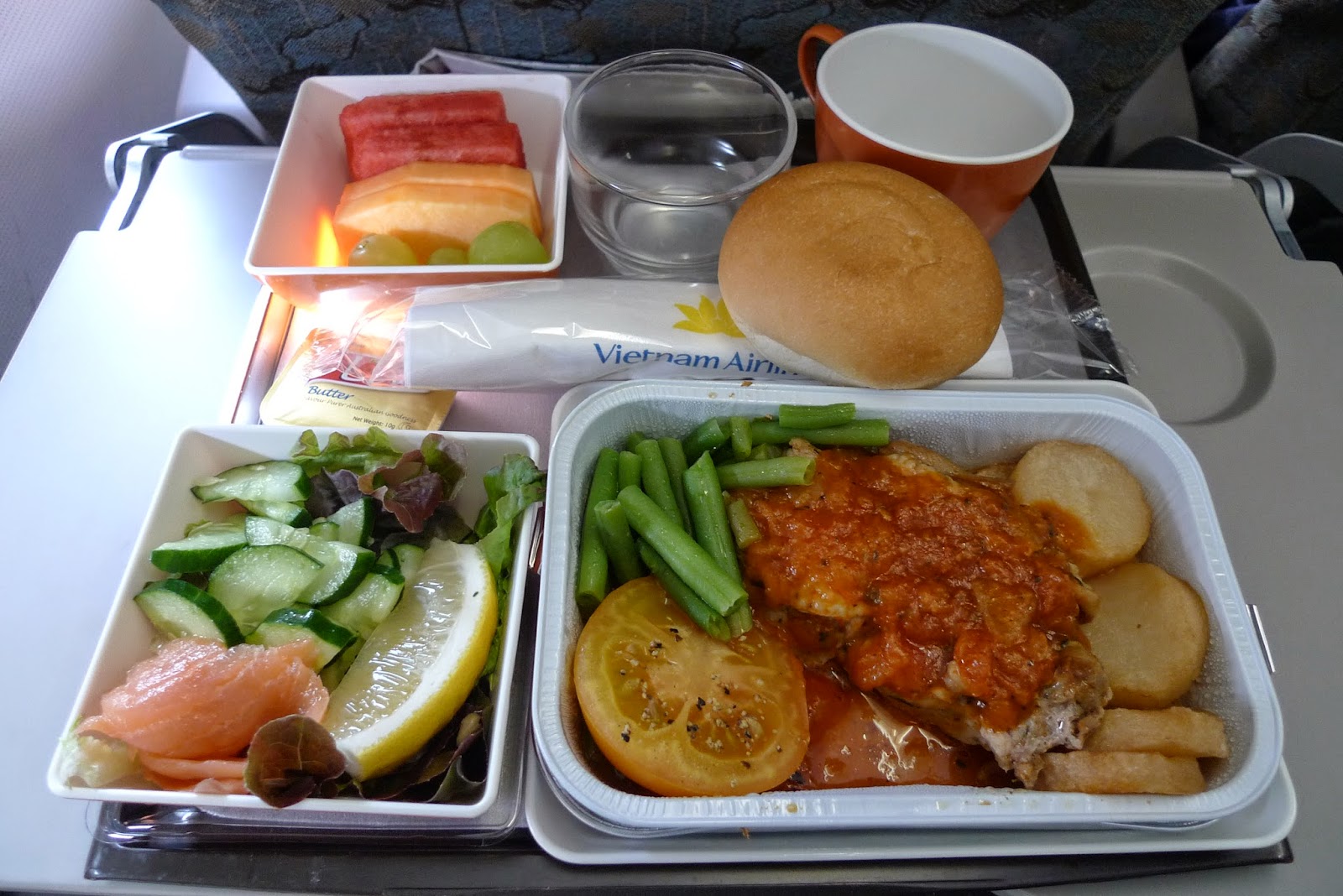 Finally after a hiatus of 11hrs, we landed at Hanoi Noi Bai International Airport which is the 2nd largest airport in Vietnam. The International Terminal just went into operation in Dec 2014 which is why it looks extremely new when we arrived. We have pre-arranged with the hotel for airport transfer. However we could not find my name among the drivers standing at the arrival hall. Hubby asked a local driver who is waiting for his guest to help us to make a call to our hotel. It turn out that the driver went to the wrong terminal. 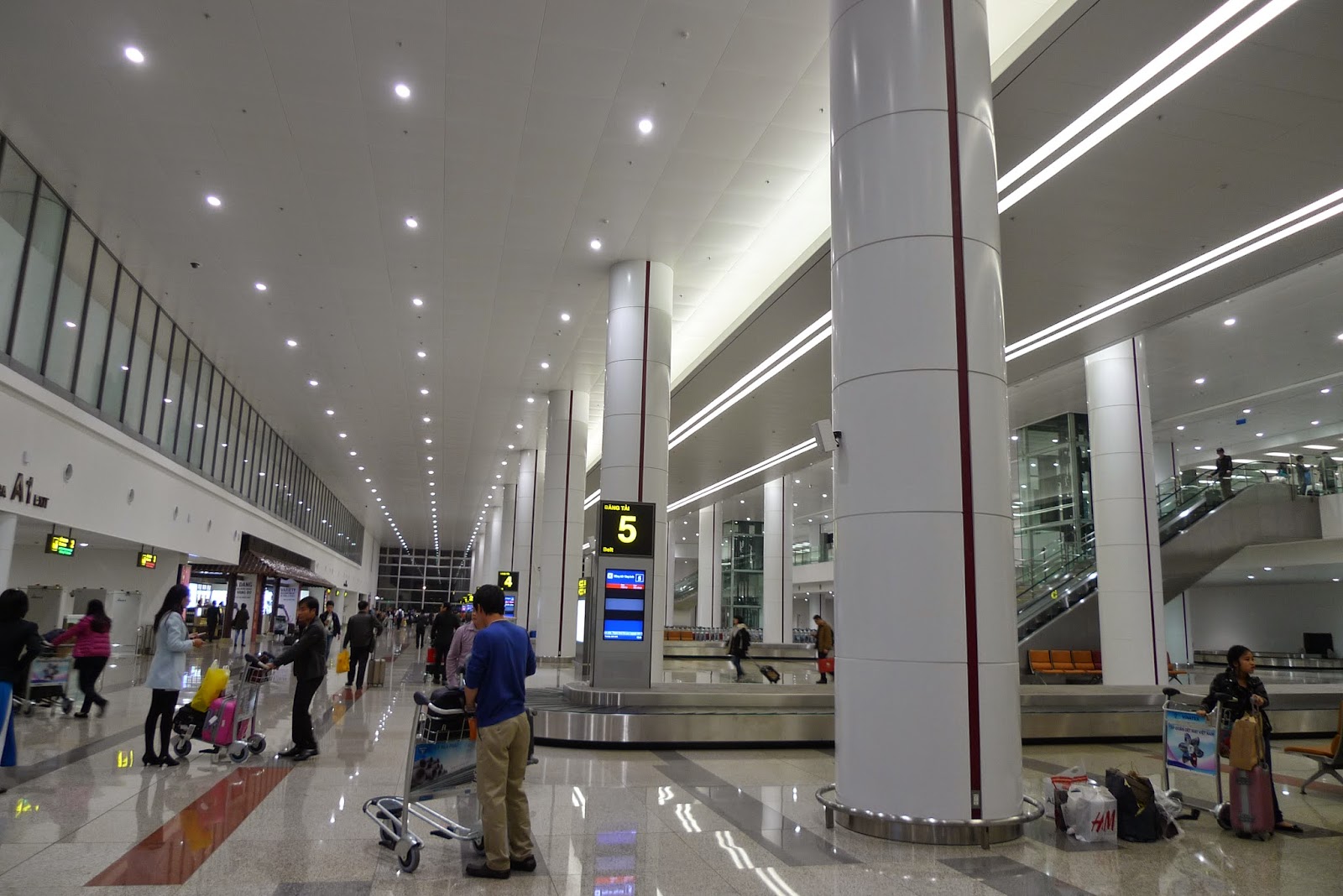 
The traffic from the airport to the hotel at the Old Quarter is very smooth along the expressway until the Old Quarter where we heard lots of horns. We reached the hotel after 45min and was served a welcome drink when checking in. 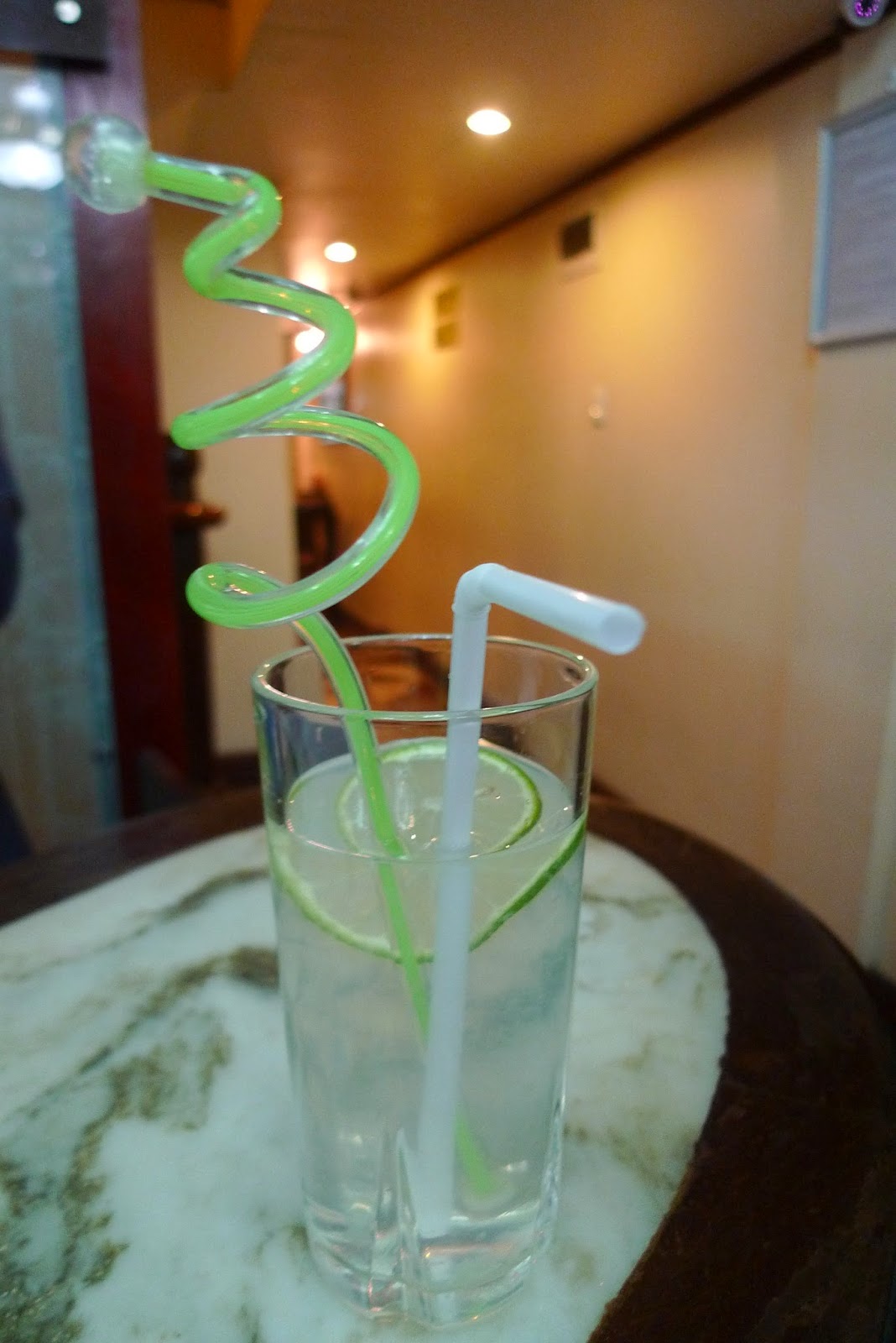 
Our room is located at the 3rd level while Jacky's room is located at the 7th level. There is a lift in the hotel but it can only contains a maximum of 5 - 6 pax. The standard room which we are staying for the next 3 nights is extremely small and there is a small window facing the staircase which allows ventilation. The bathroom comes with a bath tub but we only stand inside the bathtub to shower. 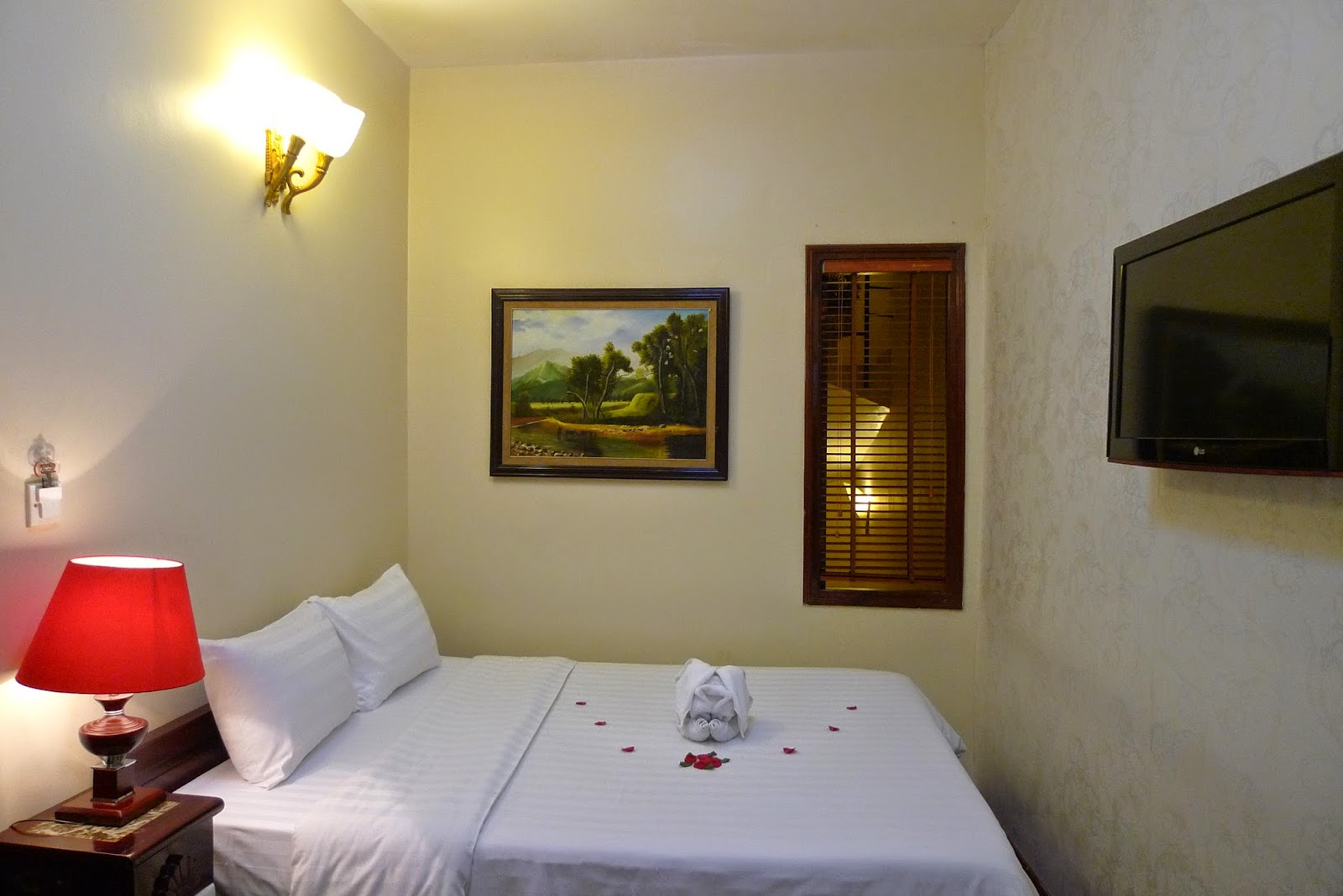 
We left our luggage at the room and ask the hotel staff to call for a taxi to Omamori Spa (Add: Ngõ 5 - Huỳnh Thúc Kháng, Láng Hạ, Đống Đa, Hà Nội, Vietnam & Opening hours: 9am - 9pm daily). Omamori Spa masseurs are blind but their skills are top notch and is ranked highly by reviewers in tripadvisor. The rates are comparable to Bangkok massage as 90min of Omamori massage cost VND200,000 ~ S$13.

By the time we ended our massage, it's almost 10pm and we are famished. We took a cab back to the hotel and saw few eateries which are open on the same street. We decided to have BBQ for dinner as we saw quite a number of locals sitting on the stools having BBQ. We ordered a mixture of beef, pork and chicken which comes in a plate with vegetables such as tomato, lady fingers and brinjal. This and the drinks cost us VND 420,000 ~ S$26 for 4 pax which is extremely cheap! 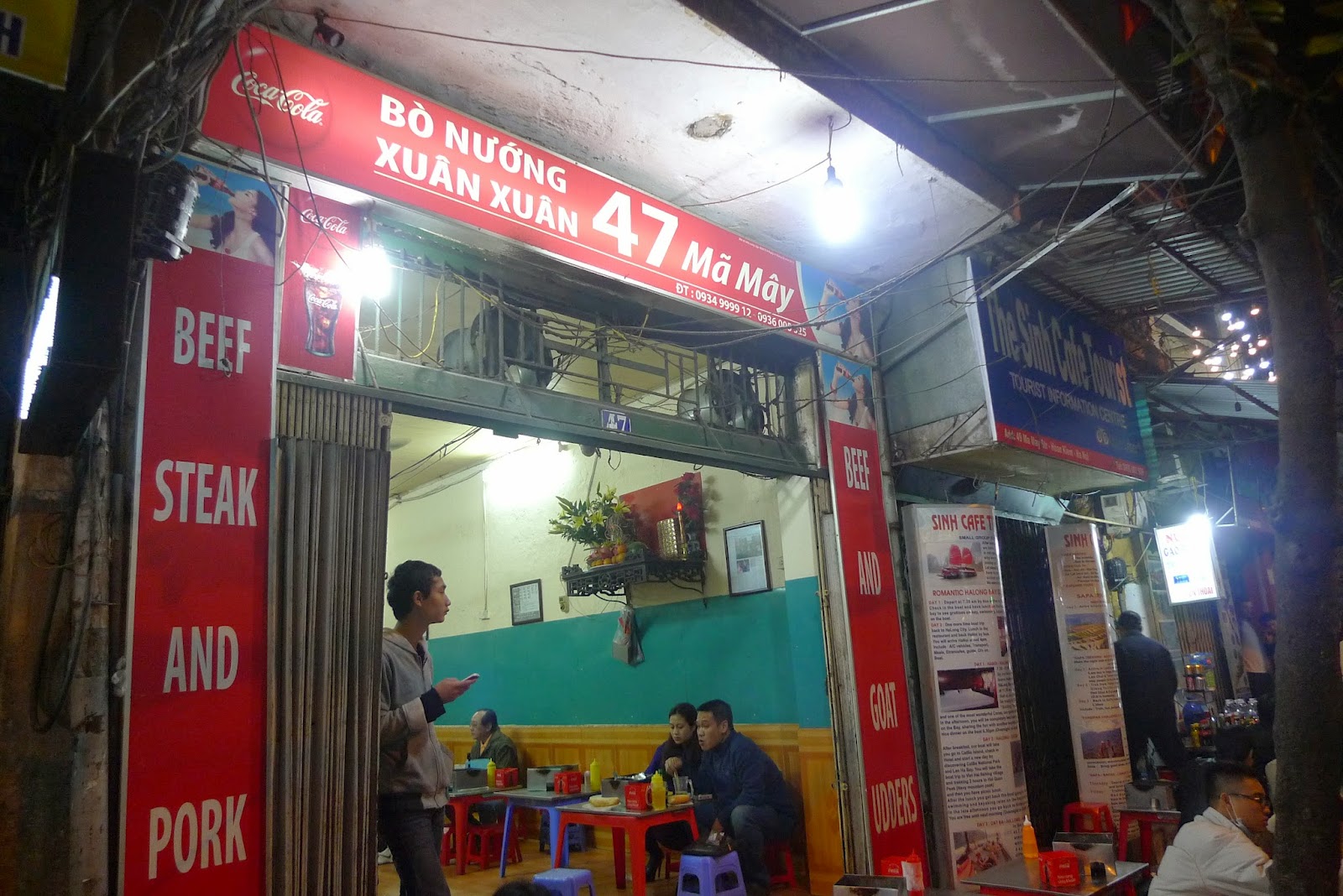 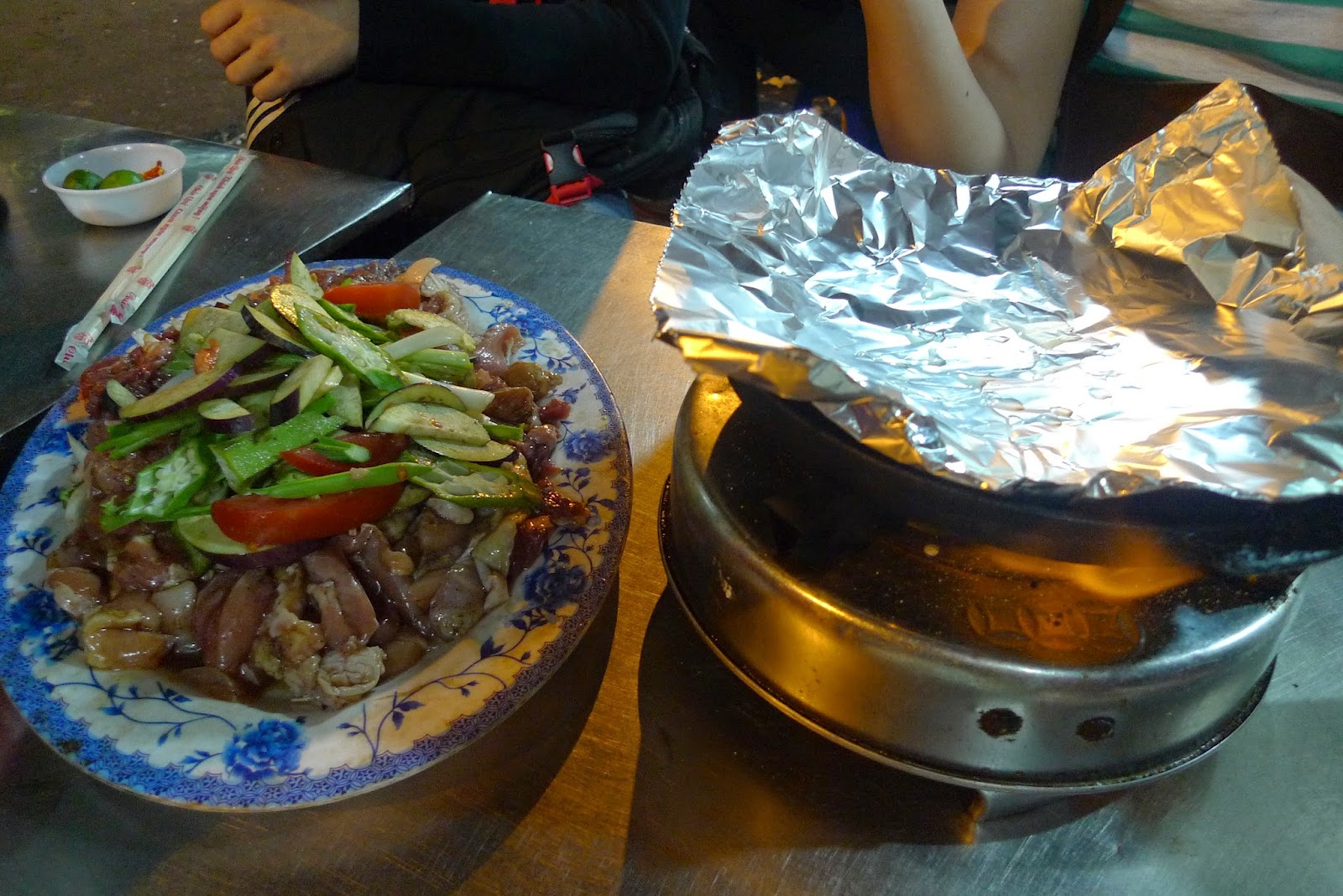 Such a huge plate of meat 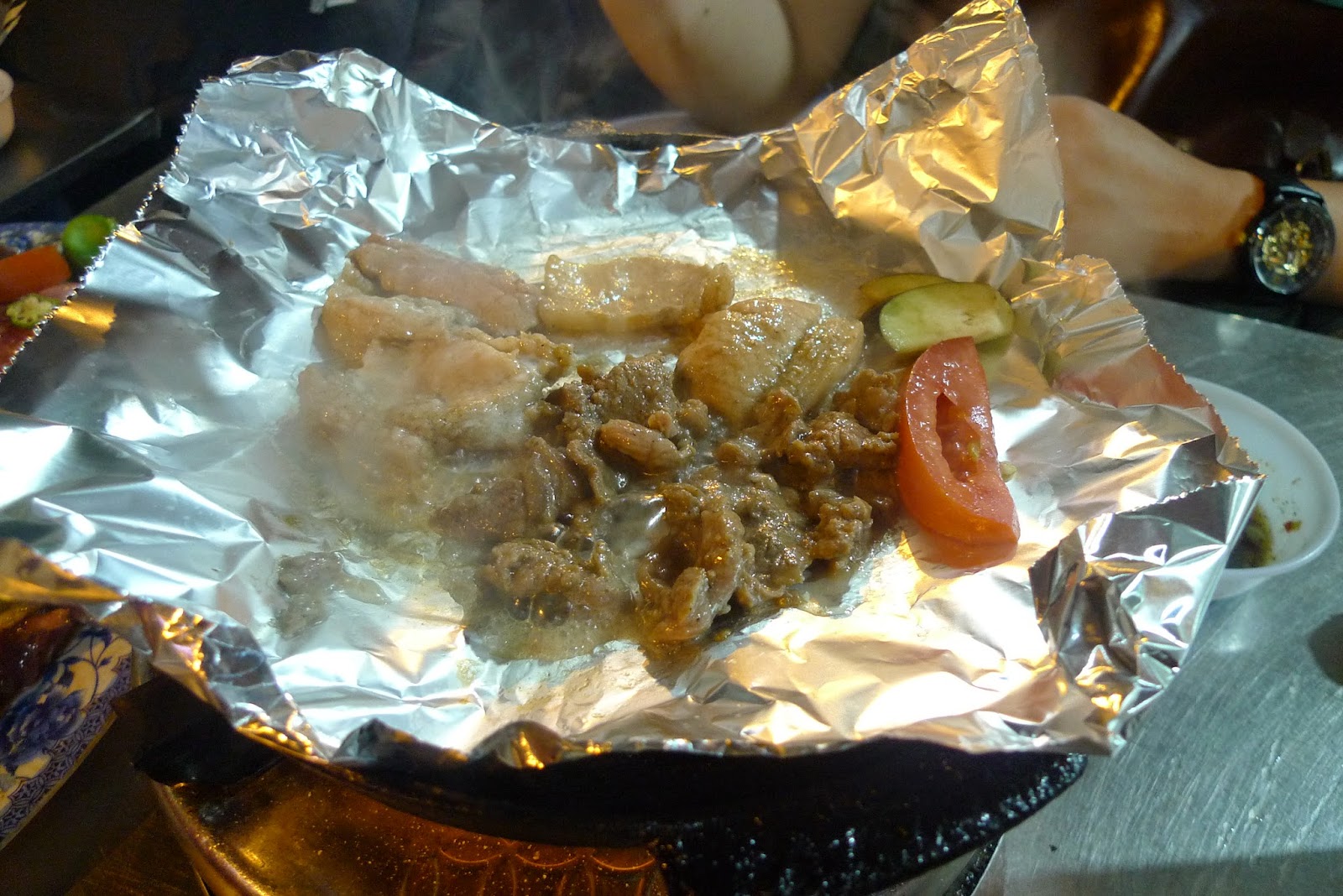