As breakfast was not included in the complimentary stay, we walked 10min down the road and had breakfast at Kuppadeli cafe (219/1A The Pride - Asoke Towers, Sukhumvit 21, Khlongtoey Nua, Wattana, Bangkok 10110, Thailand).

There are more and more cafes opening in Bangkok but Kuppadeli remains outside the tourist radar hence we are able to enjoy quiet moments here. 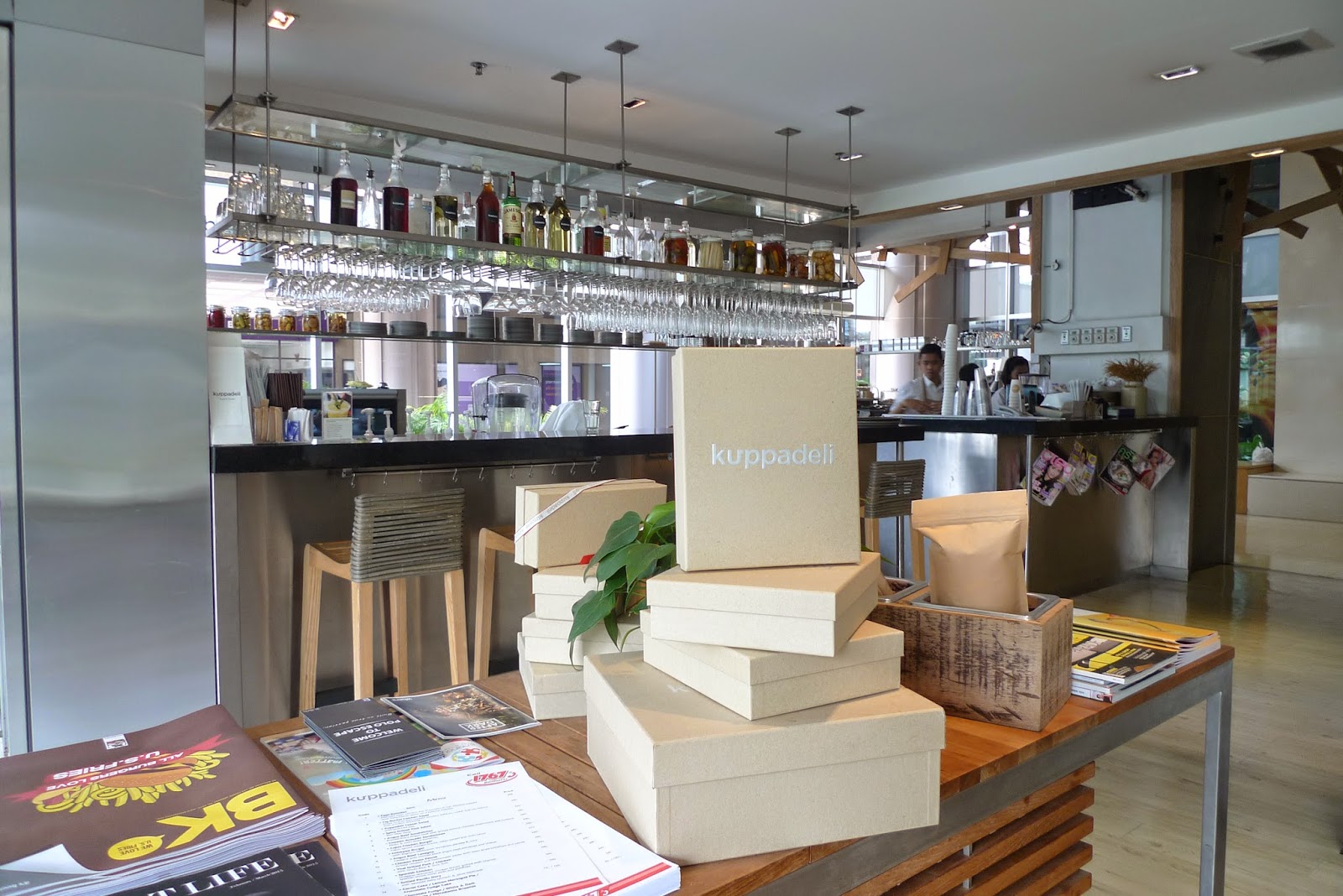 We ordered egg benedict, scramble egg adding bacon and sausage, lemongrass tea and mocha for THB677 ~ S$27. The food is good except the toasted bread which is too hard. 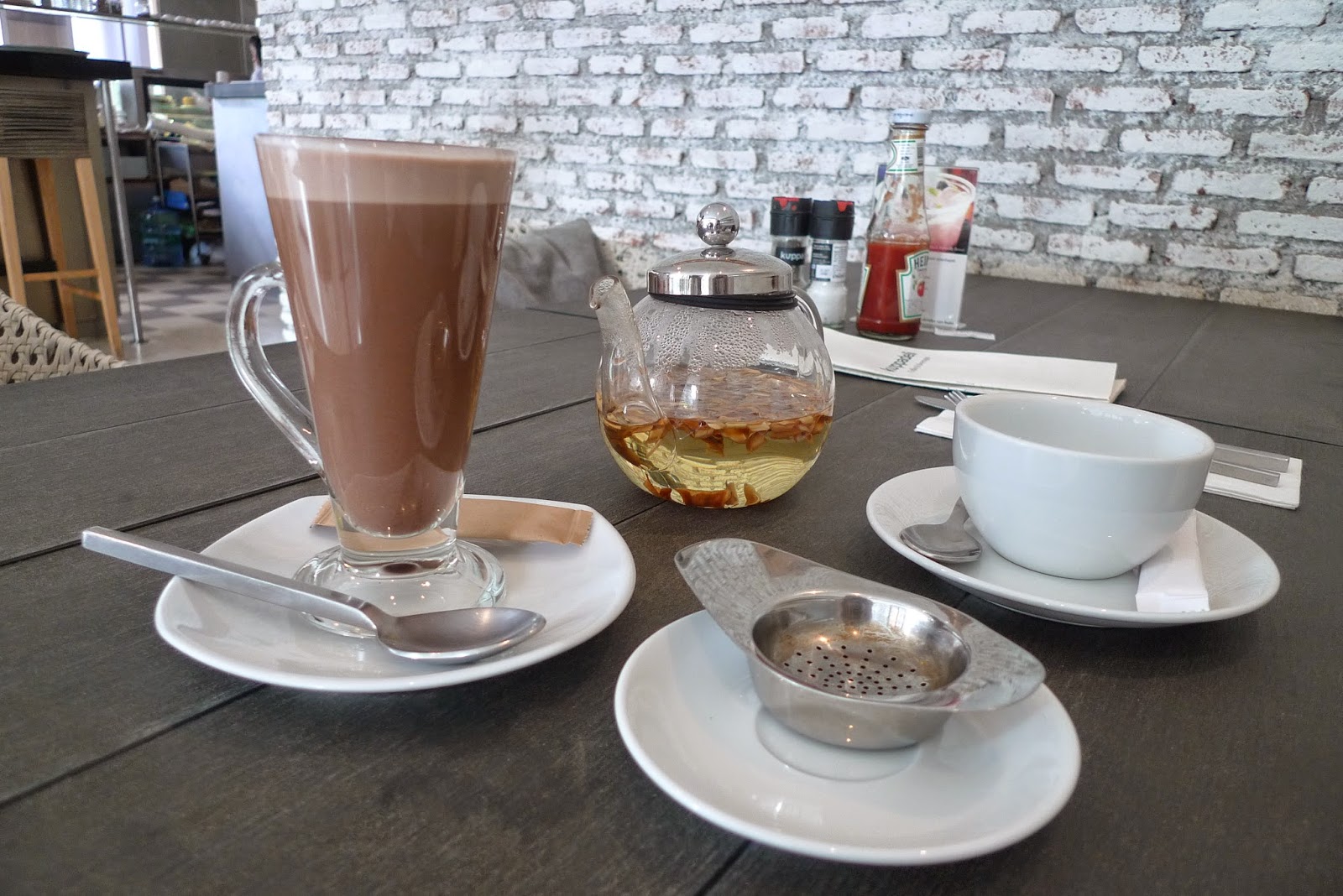 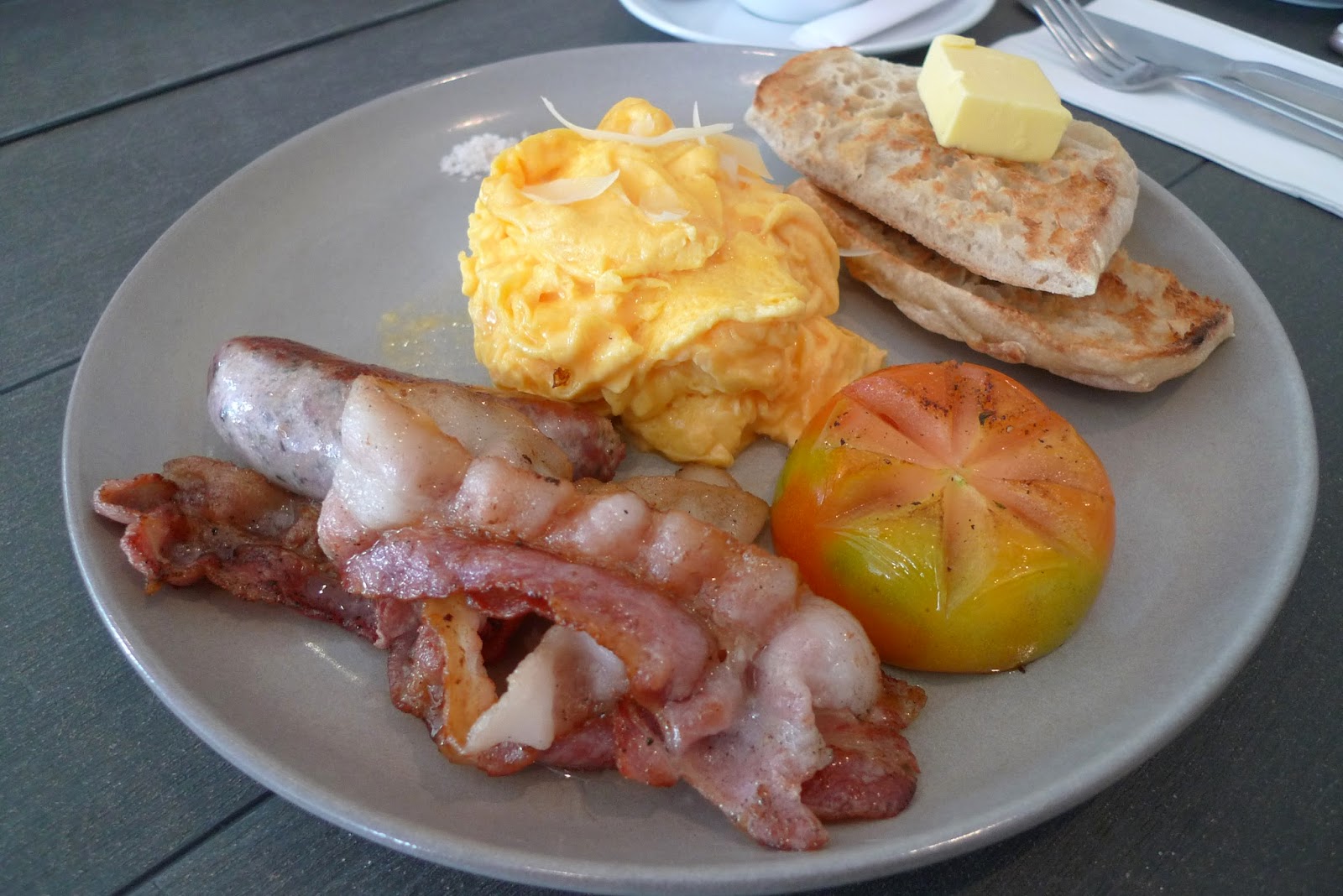 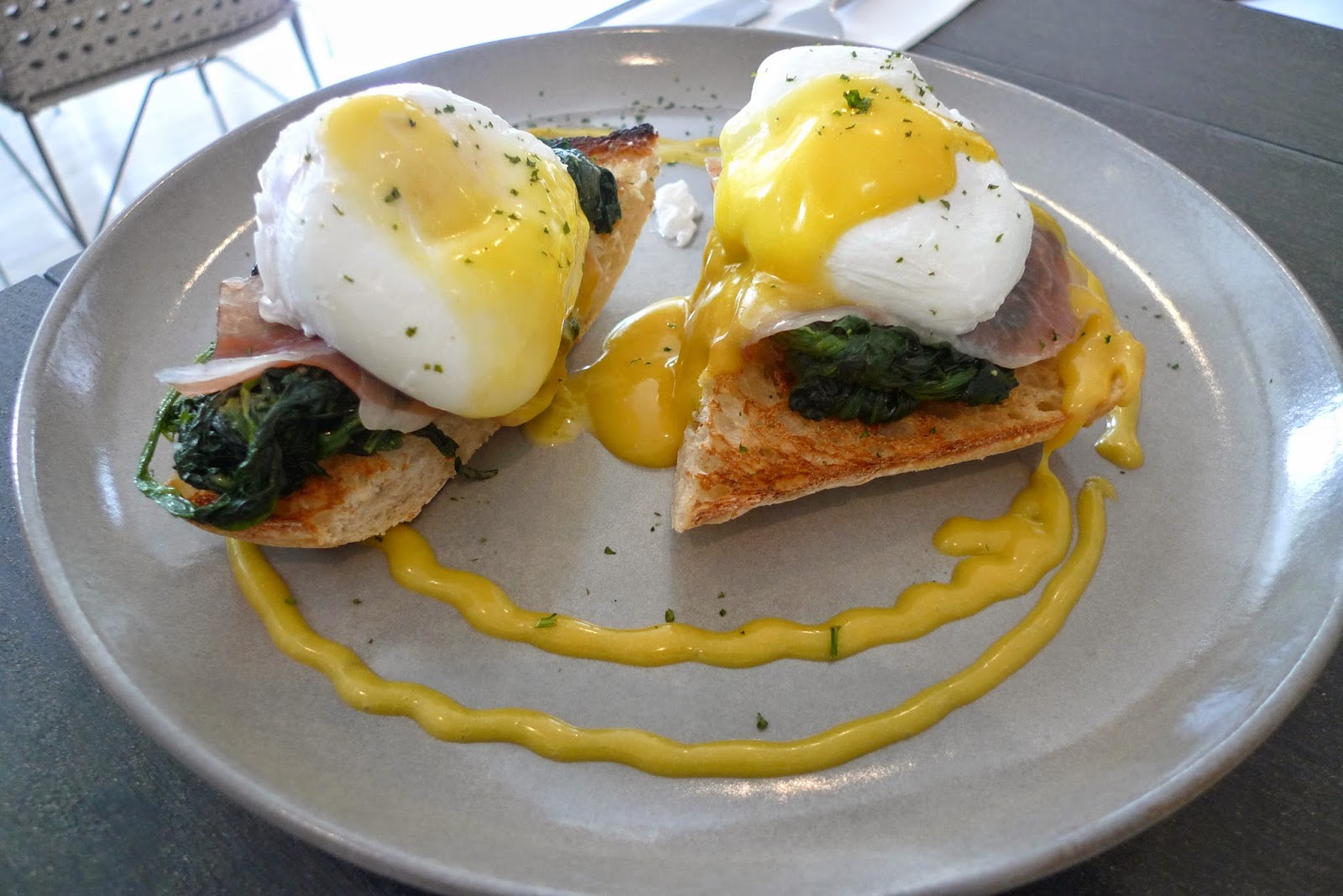 After breakfast, we took a cab to Erawan shrine before continuing to Platinum Mall. 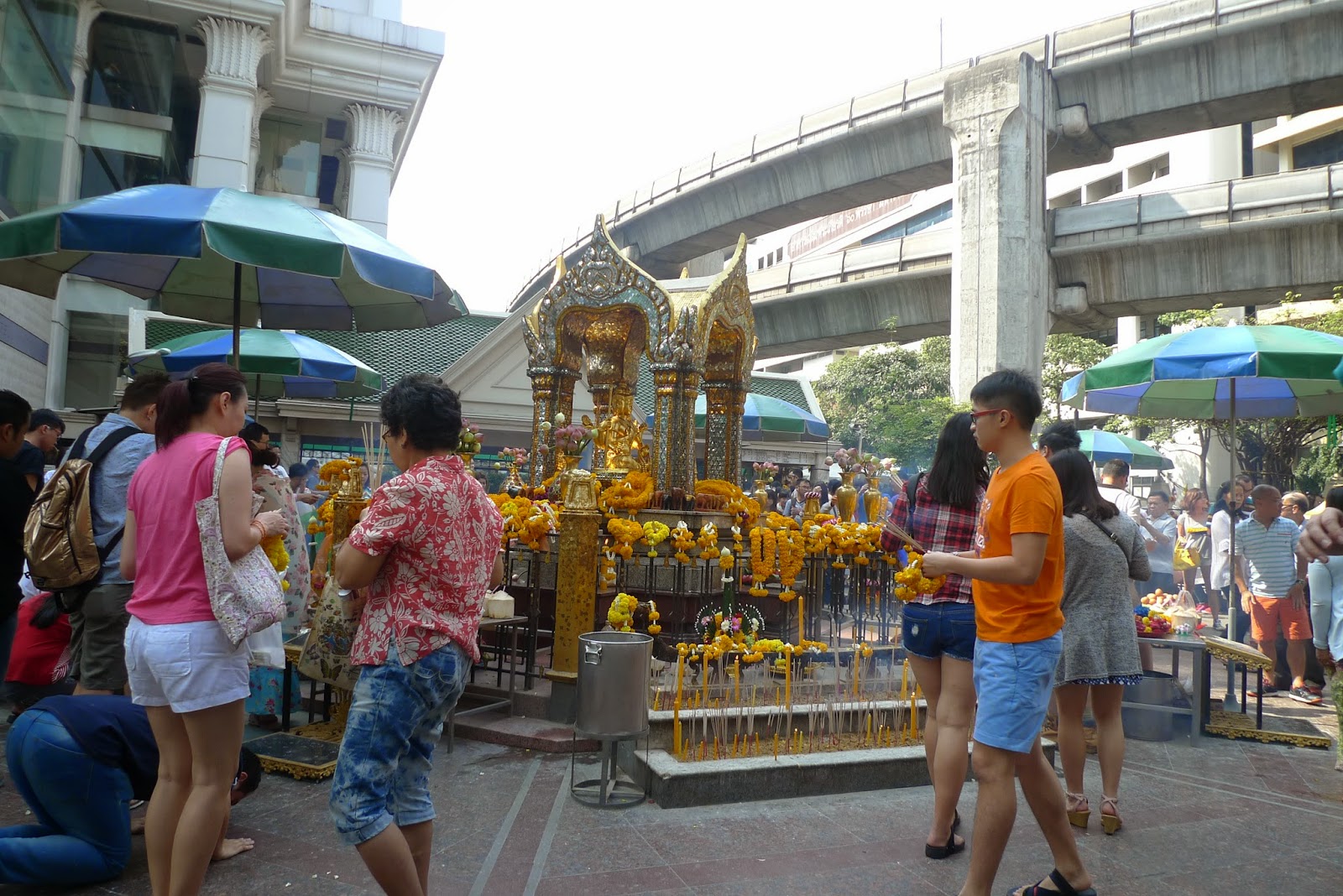 There are temporary booths set up outside Platinium mall and vintage cars are on displayed. 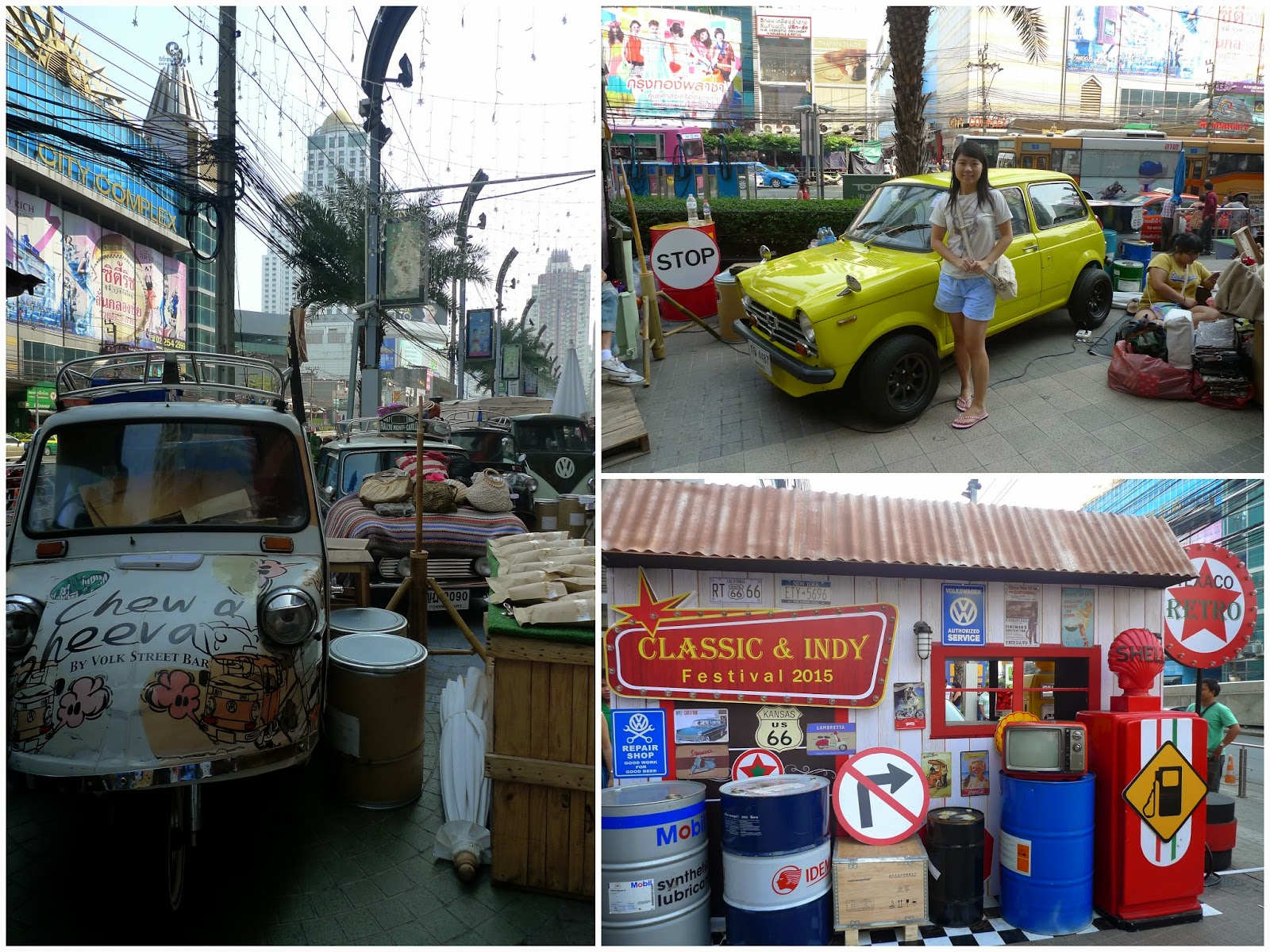 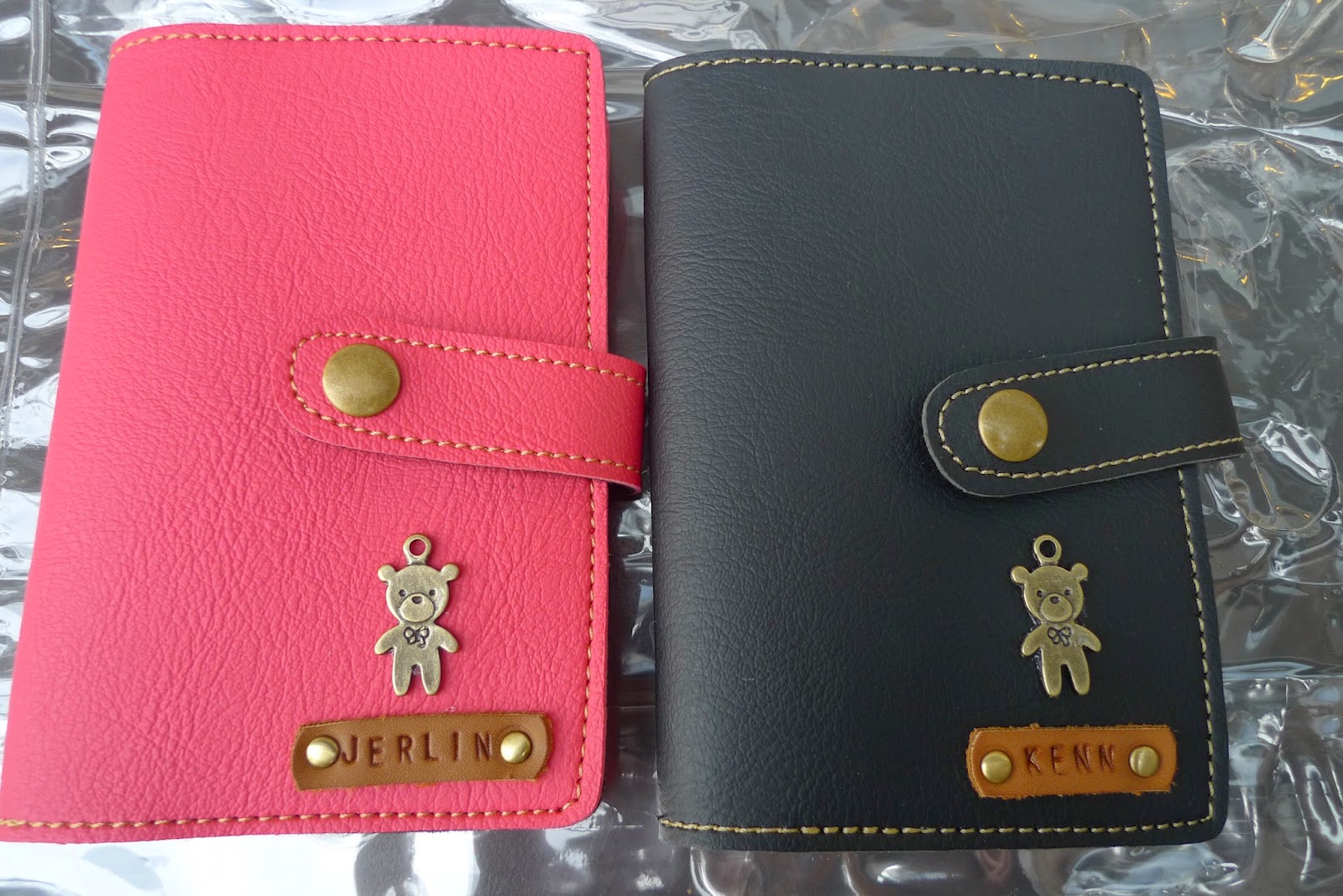 We had lunch at SabX2 Pratunam Wanton Noodles (Add: 4/32-33 Soi Petchburi 19, Pratunam, Bangkok, Opening hours: 9am - 4pm). Franking speaking, it's really over rated. A small bowl cost THB 50 ~ S$2 is pathetic little. The noodles is springy and full of pork lard but the char siew is mediocre. Don't bother to try the soup version as the dry version taste much better. Their famous pork trotter was sold out so I was left disappointed. 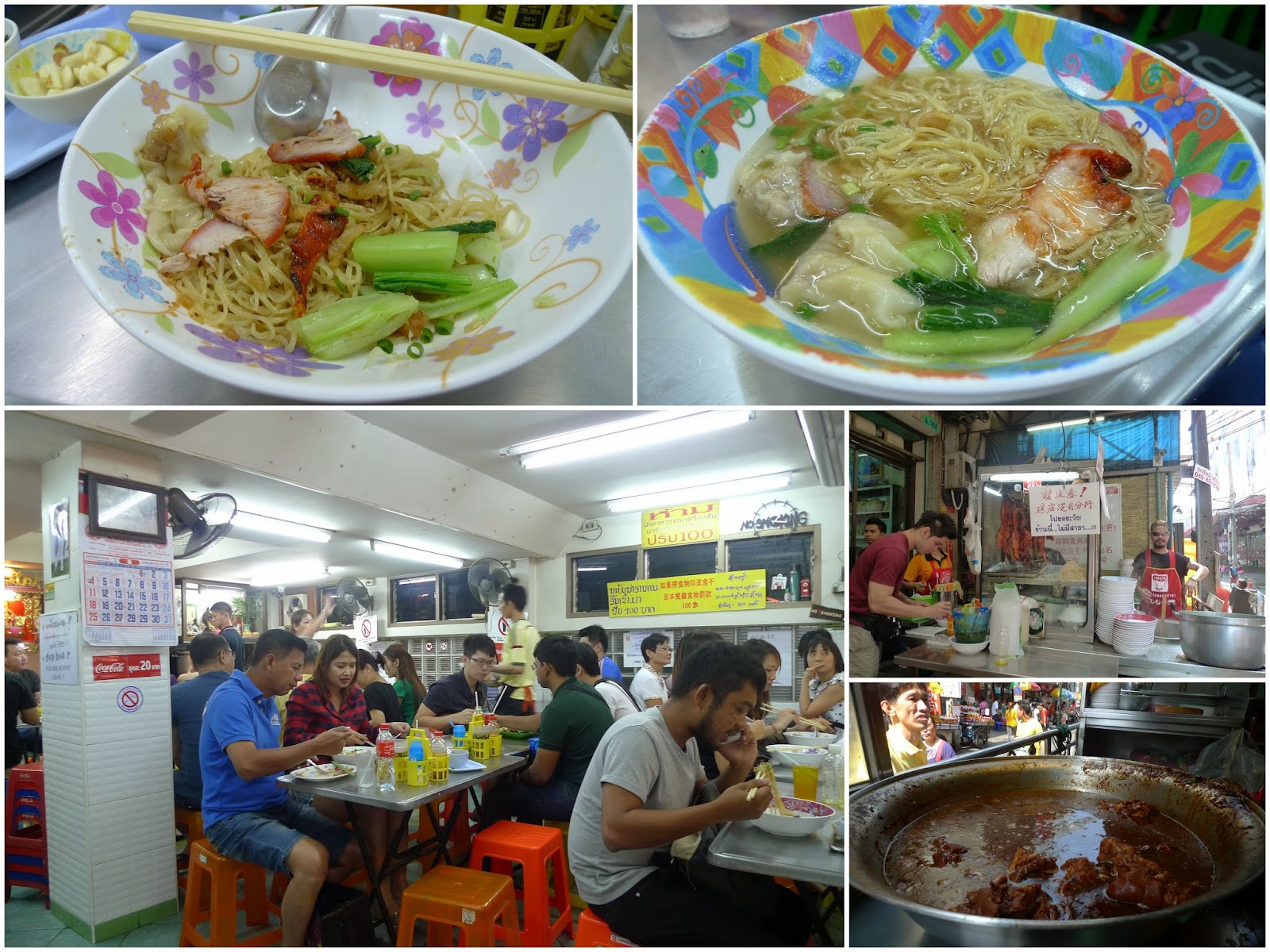 We continue to shop till it's about time to leave for the airport. Platinum Mall has deployed a taxi marshal who will ask the passenger the destination and translate to the taxi driver. We waited for few taxis because the drivers do not want to turn on the meter for our trip to the airport. 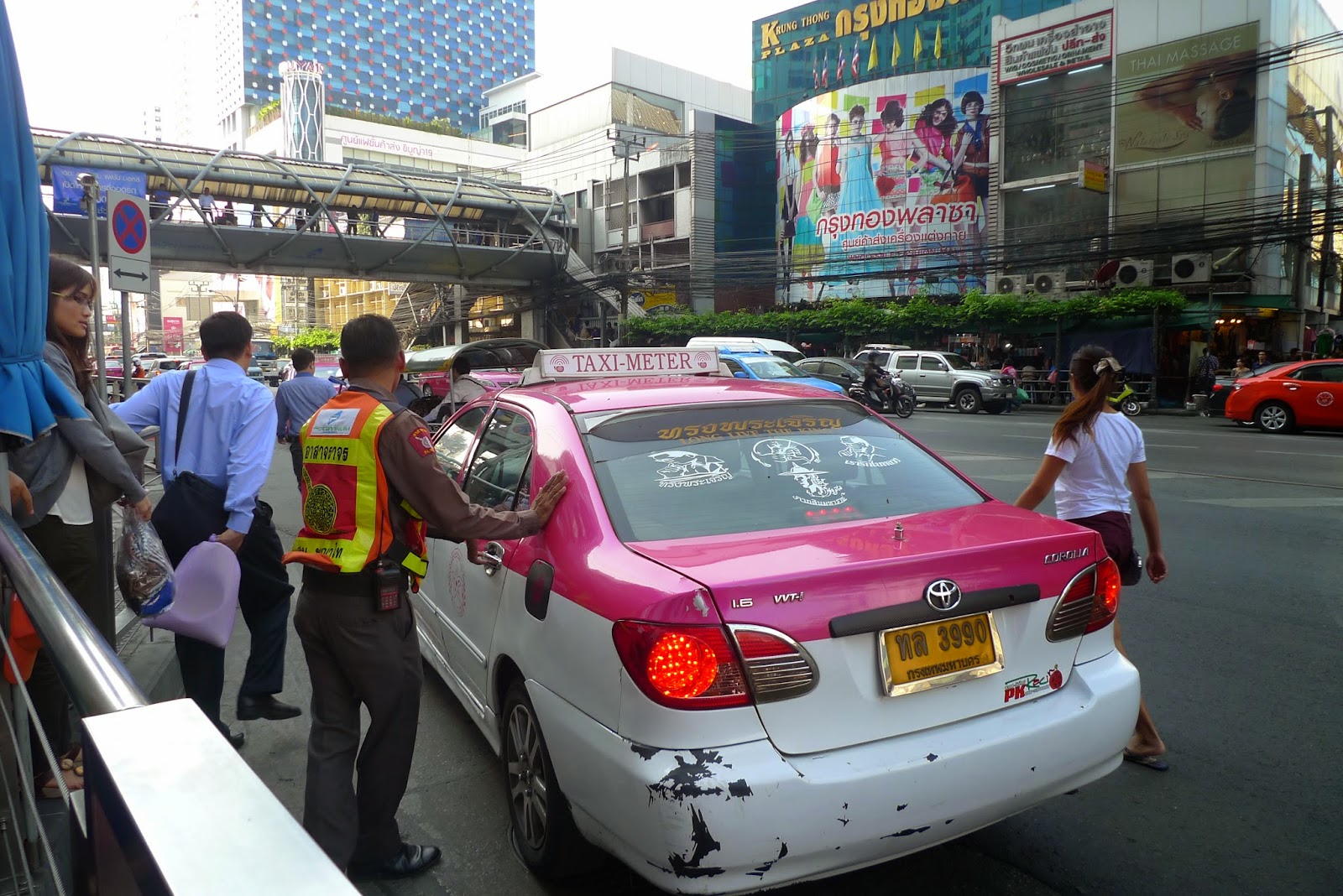 We reached Suvarnabhumi Airport in an hour and proceed to the check in counters to get our boarding pass as online check in is only valid for flights which depart from Singapore. Luckily we managed to keep our shopping loots within 10kg each. We utilized our ANZ Travel Visa Signature Card for complimentary access to CIP Lounge. This CIP Lounge at Gate E offer much more variety of food compared to the CIP Lounge which we visited last year. We had our early dinner here. 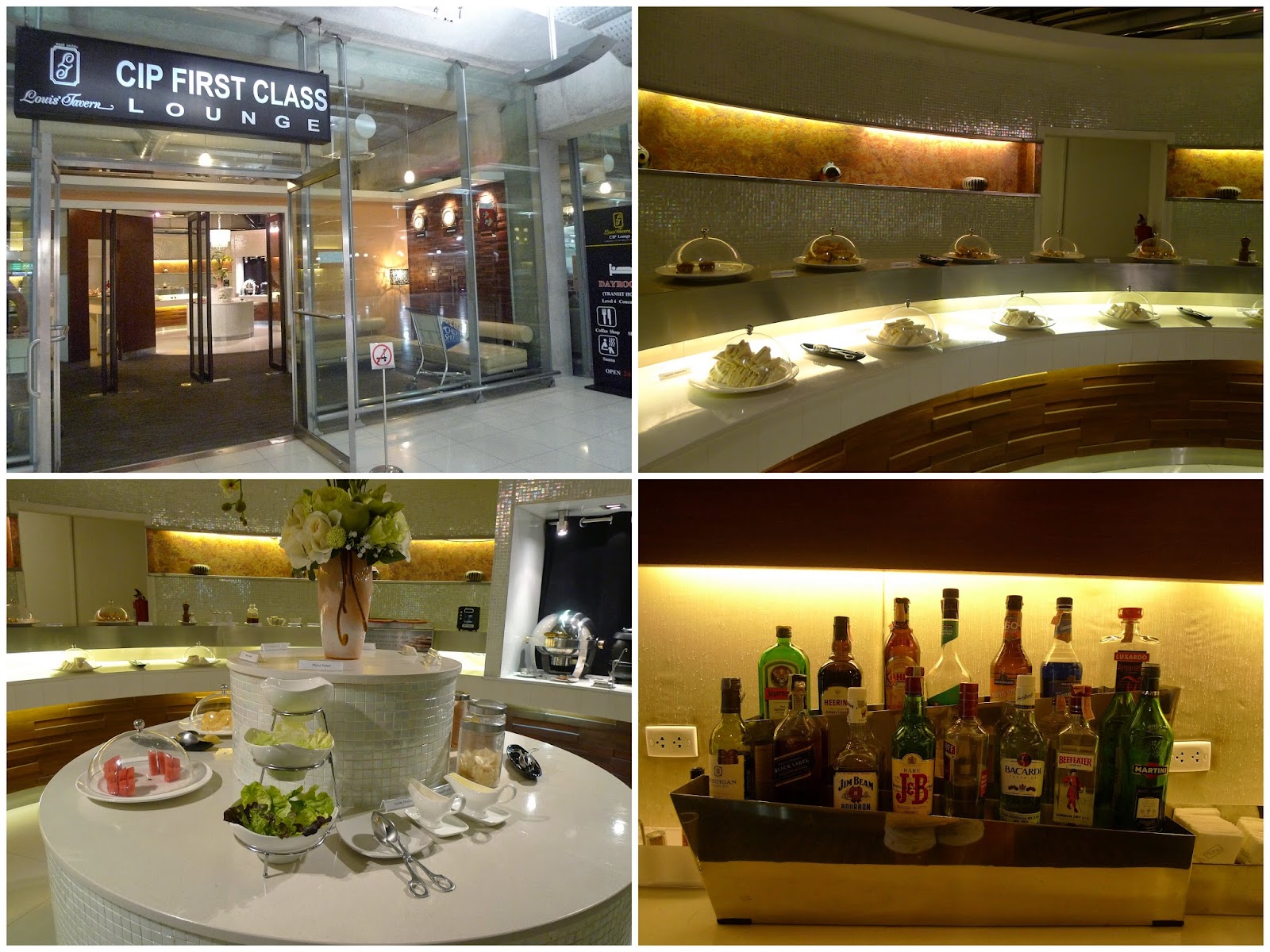 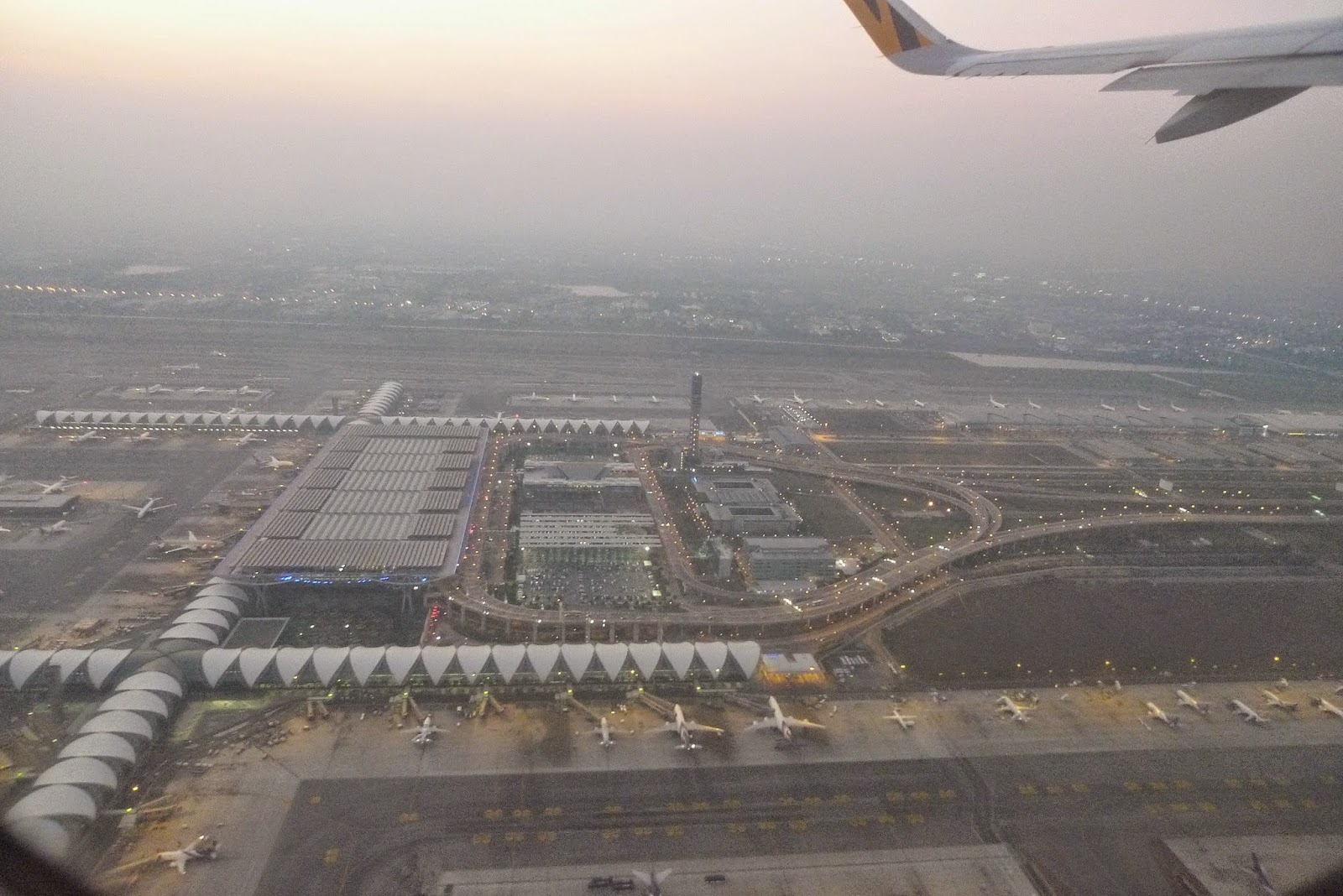