Visiting Mulu is always in my bucket list and when I was planning for a short trip with WB, Mulu came to my mind. The driest months are between July and September which is also the peak period. Mulu National Park is known for it's caves and pinnacles. However I will not be attempting to climb the pinnacles which requires 3 days 2 nights trekking. The tour to the showcase caves can be booked directly at the park and prices are available on the Mulu Park website.

There is daily Air Asia flight from Singapore to Miri and from Johor Senai to Miri. If the price is approximately the same, it's not worth the while travelling to Senai for the flight. Then from Miri, there is twice daily flight to Mulu by Maswings, a subsidiary of MAS.

It is unlikely to fly from Singapore to Miri and onwards from Miri to Mulu on the same day and vice versa. The transit time of 1.5hr - 2hr is relatively tight and we have to clear the custom after landing at Miri airport. Hence I decided to spend the first and last night in Miri. 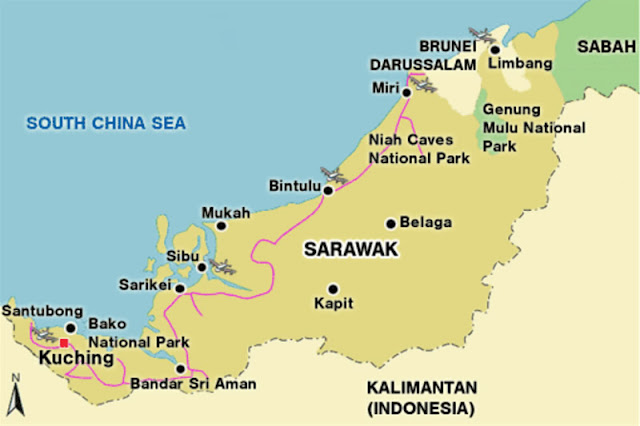 I have booked 2 nights at Kingwood Boutique Hotel which is ranked number 1 on tripadvisor and a classic room inclusive of breakfast cost MYR142 ~ S$50 per night.

For the other 2 nights in Mulu, I have booked the garden deluxe bungalow inclusive of breakfast for MYR302 ~ S$110 per night. A deposit of MYR200 was required and this can be paid via credit card or bank transfer. When I emailed the Park Head Quarters, the reservation officer advised me not to book the flight first until I have a tentative reservation with them. I have read on TripAdvisor that the Park Head Quarters accommodation may be fully booked during the peak period. It's only after I have received the confirmation from them before I proceed to book the Air Asia and MASwings flights.

There are other choices at the Park Head Quarters ranging from Hostel 20 beds MYR50 per bed to 5 pax family room. For those who prefer a more luxurious stay, there is Mulu Mariott Resort which is 5 min from Mulu National Park and the rates start from MYR450.