We woke up at 5.30am today to finish packing our luggage. We came with one lugagge and went back with two luggage. The 2nd bag is packed with local fruits. We checked out and paid US$30 for the 3 nights. Narith pick us up at 6.30am and we went to buy dried Vermicelli which we ate yesterday. 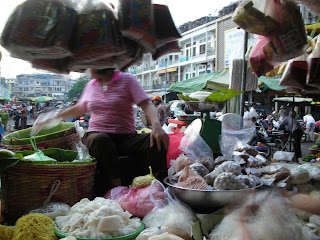 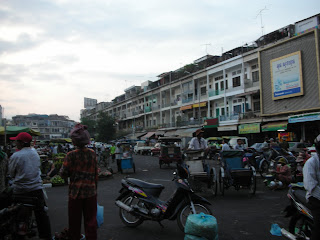 Orussey market in the morning
We stopped by a coffee shop on the way near Phnom Penh Airport. The you tiao in this coffee shop is longer than yesterday. My sis ordered beef vermicelli and I ordered pork vermicelli. The breakfast cost R15,000 ~ S$5.25.
We were thinking what to give to Narith as souvenir and we gave him Two Dollar Singapore note. I wanted to give him a one dollar coin but we didnt have it on hand. 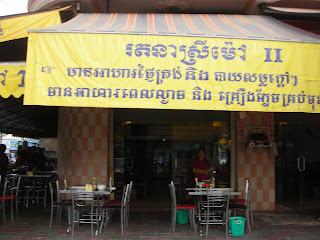 We had our breakfast here 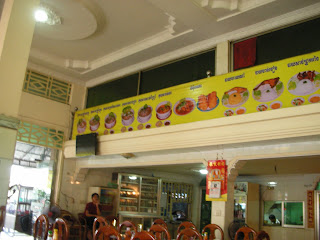 The signboard is the Menu 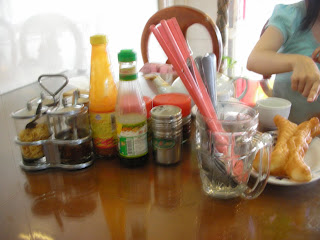 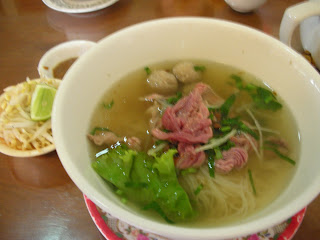 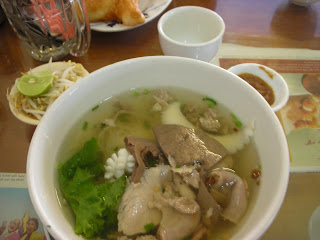 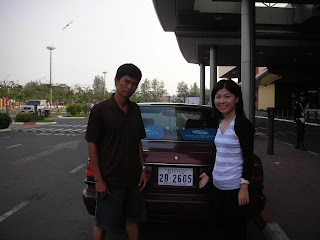 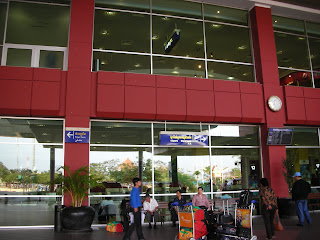 The airport is quite empty as there were not many flights in the morning. There were only 2 counters open for Jetstar flight to Singapore. We queued for almost 20 mins when there is less than 5 people in front of us. Their service is really very slow. We chatted with a guy who is a Singaporean while waiting for our turn. 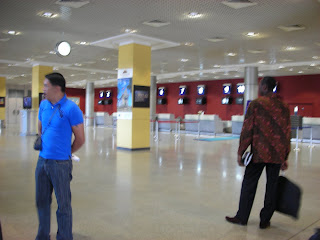 After checking-in, we proceed to to pay the departure tax of US$25 which is expensive! Majority of Cambodian could not afford to travel as they are earning so little and maybe to them, US$25 can support the whole family for a month (I guess). 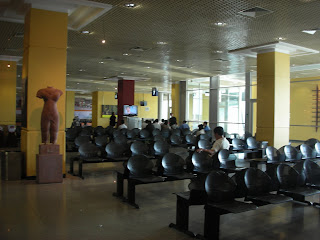 At around 8.40am, Jetstar plane landed and all the pasengers who board from Siem Reap had to alight and reboard the plane again. We board the plane and depart at 10.20am. 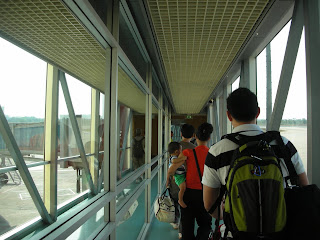 Aerobridge to the plane 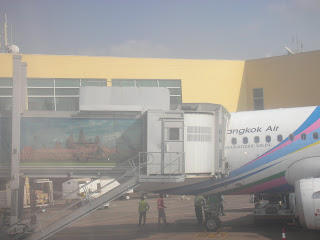 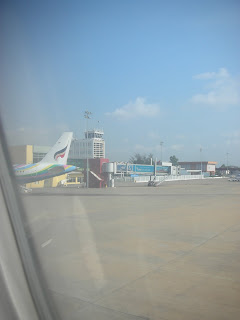 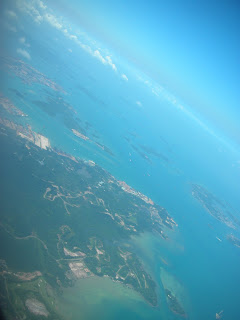 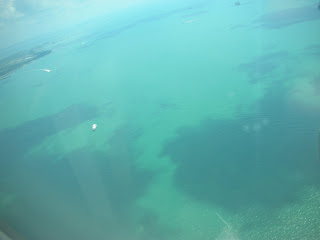 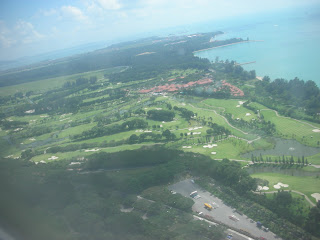 Back at home
The plane touched down at Singapore airport at 12.10pm. The guy whom we met at Phnom Penh just now was very kind to help us bring down our luggage from the luggage compartment. 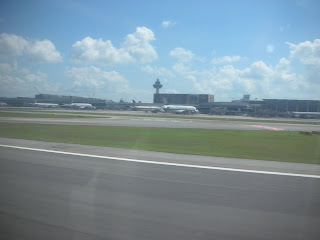 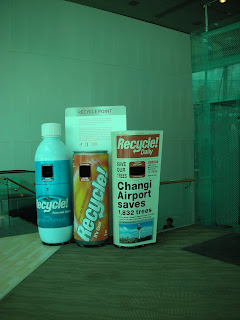 I like the cute recycling bins
We went to Swensen at Terminal 2 for lunch. Each of us ordered a omlette and the bill is only the cost of 1 omlette as there is 1 for 1 lunch promotion. After that, we went to T3 since my sis had never been to Terminal 2 & 3 before. We left the airport at around 2.20pm and took bus 858. When we board the bus at T3, the bus was quite full as T3 is the bus reached Terminal 3 first, followed by T1 and T2. We managed to get a seat as most of the passengers alight at T1 & T2. Whenever the bus enter the basement of each terminal, a policeman would board the bus and ask the luggage belong to whom and passenger would raised their hands. Hmmm... It sounds silly to me as there are few luggages and how the policeman know which luggage belongs to whom?
The journey to Yishun was around 45 min and it pass by a bus stop which we could change to 171. But it was drizzling so we decided to took the bus to Woodlands interchange instead. The journey from Yishun to Woodlands interchange was extremely long. I nearly fall asleep but didnt sleep as my sis was sleeping. Finally we reached home after 1.5hr.
>>Epilogue
Posted by Jerlin Tan at 11:59 pm