In the afternoon at around 2pm, I received a sms from AirAsia that our flight to Bangkok is retime to 9.35pm. But when i checked iChangi in my iphone, it didnt reflect that the flight is retime.

As we ate our dinner quite early, we left for the airport at around 6.30pm. It's only on the way to the airport that I received update from iChangi that the flight is retime. We reached the airport at around 7pm and proceed to check in first. After that, we took the skytrain to T3 as I wanted to collect my Changi Rewards Card. To my surprise, the counter for collecting the card was not open. But it was indicated in the email that it is open from 11am - 11pm daily. =(

I passed my time by playing games in my iphone while my sis and dad went for a stroll around T3. We bought some pastries from Polar before we entered the immigration area and had pastries before boarding the plane.

The plane was almost full and we were seated at row 27 to 28. After 2hr, we reached Suvarnabhumi (Su-wa-nan-poon) Airport. The plane did not stop at the aerobridge but at the tarmac where we have to ascend the airstairs. 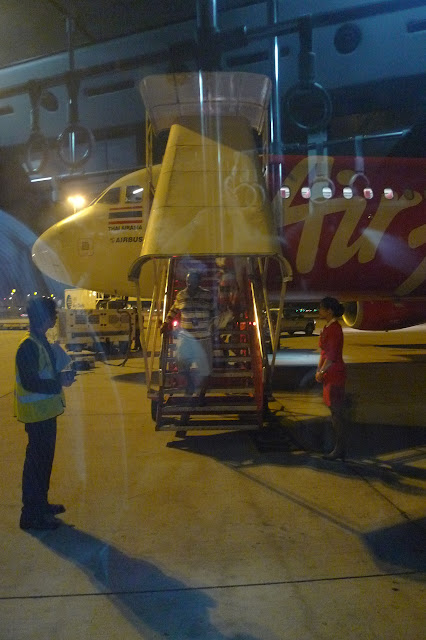 Air stewardess greeting passenger at the bottom of the passenger stairs


The clearance of immigration took some times as there are quite a lot of passengers. After collecting our luggages, we went to the ground level to take a cab to Take a nap hotel. This time round, the cab fare is only THB300 ~ S$13. The taxi which I took last time must be rigged.

By the time we reached the hotel , it's already 12plus (GMT+7). After settling down and brushing my teeth, I fall asleep soon. 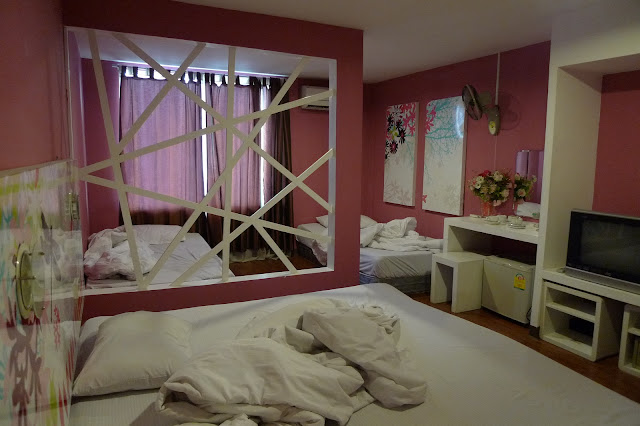 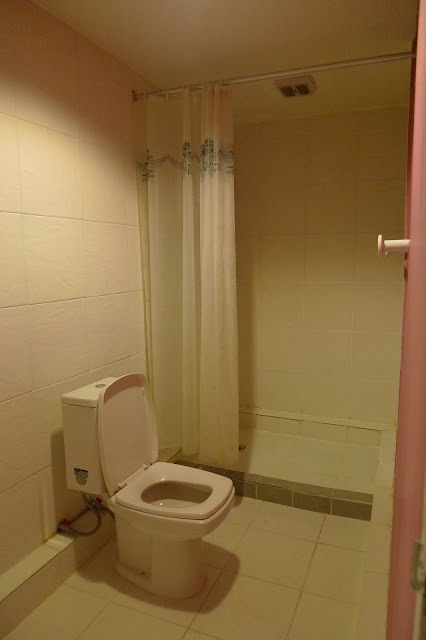