We woke up at 4am in the morning as our flight back to Singapore is 7.30am. When we went to the hotel lobby to return the room keys, our packed breakfast are waiting for us at the lobby couch. It was raining heavily and yet Herman arrived promptly at 5.15am. 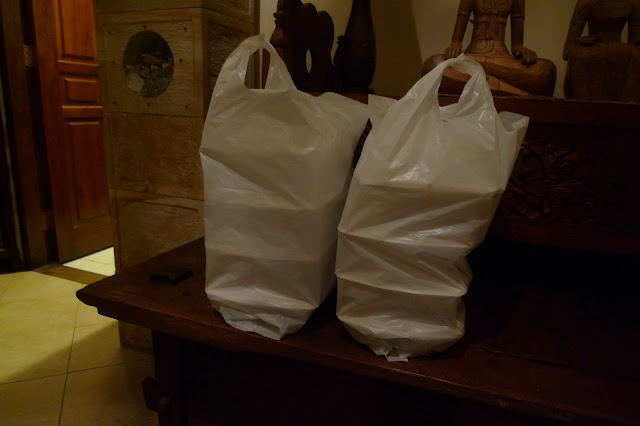 Our breakfast prepared by Rumah Mertua


We reached the airport in 30mins and we bid farewell to Herman. The departure area here only allows flight passengers to enter. 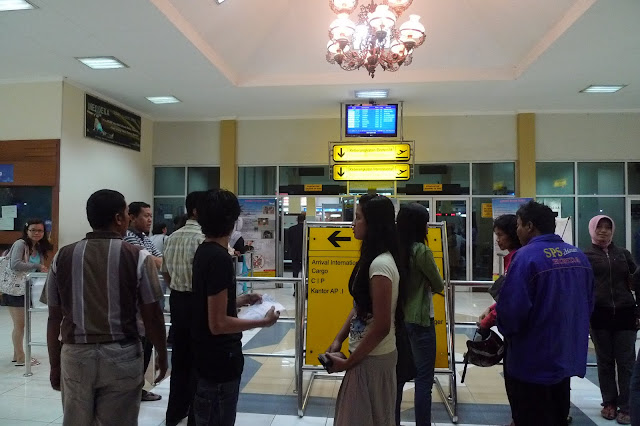 Outside the departure hall 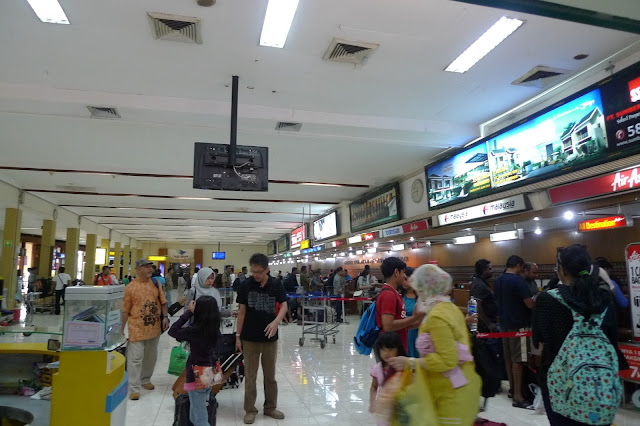 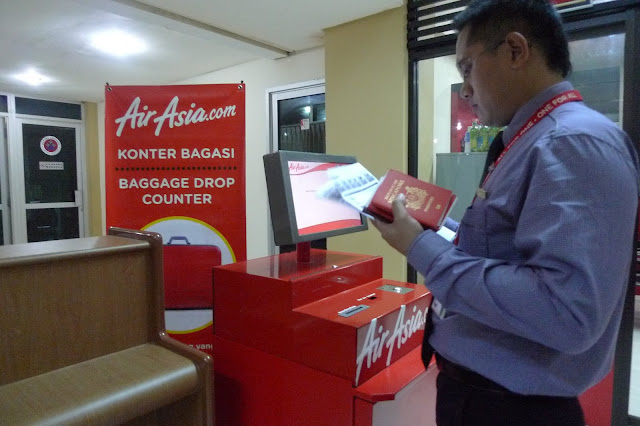 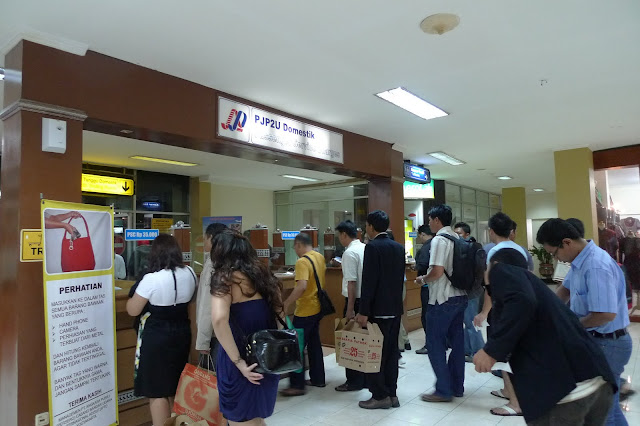 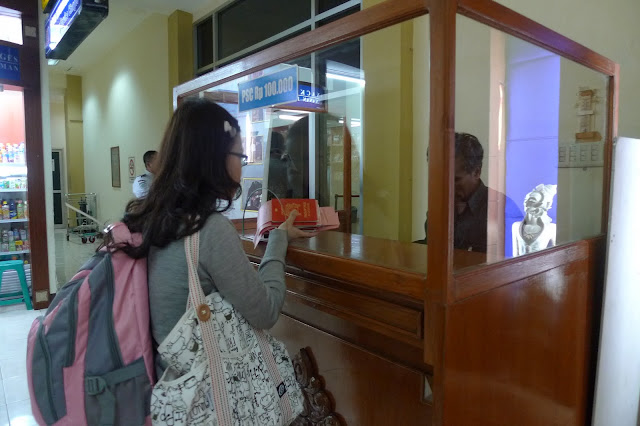 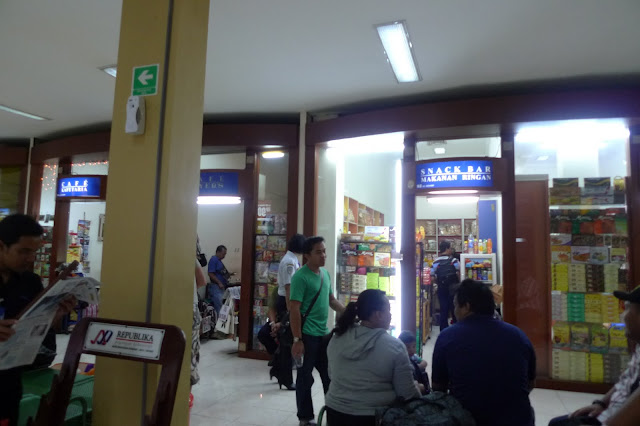 Shops at the departure hall 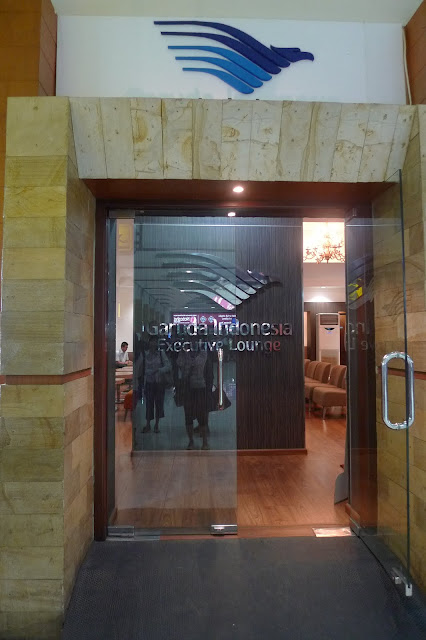 As we still have plenty of time, some of us had our breakfast while some went to browse for souvenirs at the shops. I am really pleased with Rumah Mertua's service that they are able to pack our breakfast so that we can eat it readily at the airport. We don't have to skip our breakfast even though we have an early flight. =)

There is only 1 female toilet in the departure hall and 3 cubicles inside the toilet, this definitely is not enough! I hope the airport authorities will take note of this. 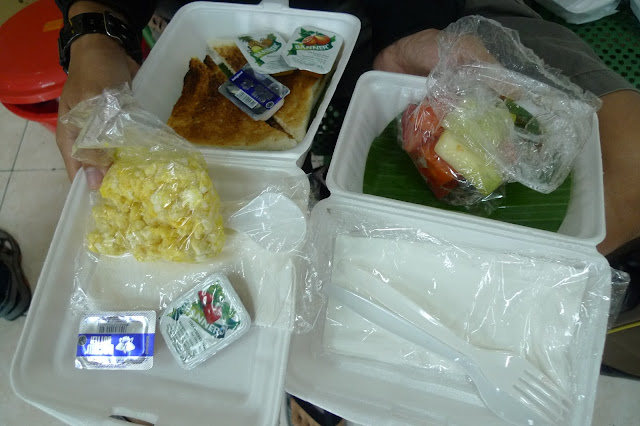 After all of us had our breakfast, we proceed to clear the immigration custom. The check on hand carry luggage is not very stringent as I have a bottle of water inside my bag and yet the custom didnt ask him to take it out.  Then we waited for our flight at the waiting area. We waited for about half an hour before the door leading to the tamac is open. 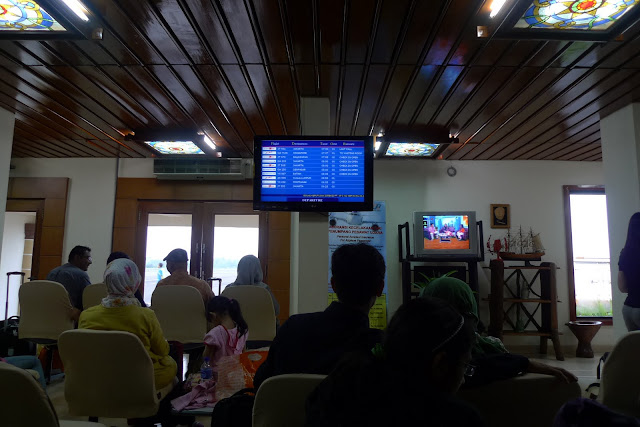 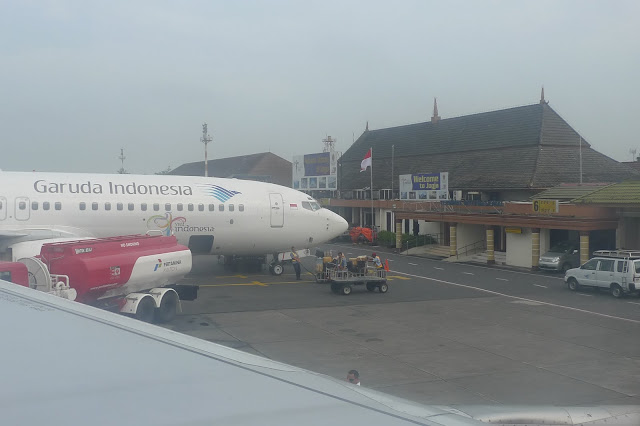 The flight departed on time and I dozed off soon. It would be better if this flight is not scheduled so early in the morning. 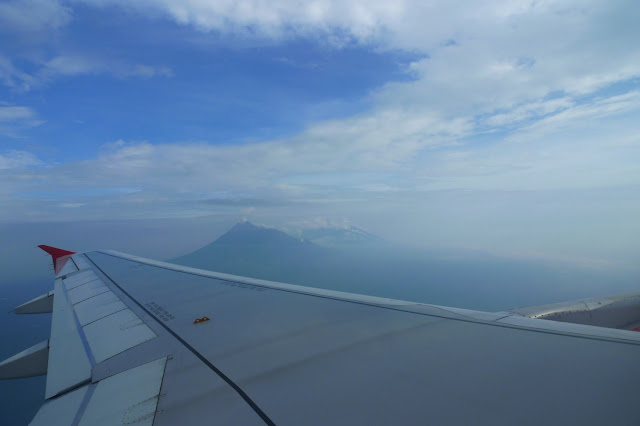 I wonder if this is Mount Merapi? 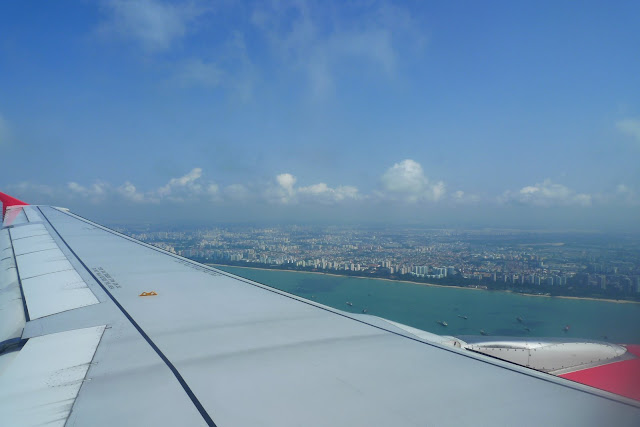 
The plane landed in Singapore 10min earlier than the estimated arrival time. We went to T3 and had Mac for breakfast before bidding farewell to each other.