We have booked the sunrise tour with e-go at NT400 ~ S$17 per pax through Misty Villa yesteday. We received a morning call at 3am from the tour operator to get ready by 3.30am. It was freezing cold when we left our room and we have to walk to the main road to board the van.

The bus driver cum tour guide told us that we will be heading to a carpark for star gazing first. We alighted at an open space carpark after 30min of travel journey and were joined by few buses of passengers. It's pitch dark at the carpark which makes it optimal for star gazing. One guide use his laser to point to the stars and we saw stars such as Scorpio, Gemini, the Polaris, Vega & Altair etc. The guide recommended us to download those star map applications in our smartphone which will reflect the name of the stars in the sky. However we did not purchase local SIM card so we do not have 3G access and we are unable to download the apps. 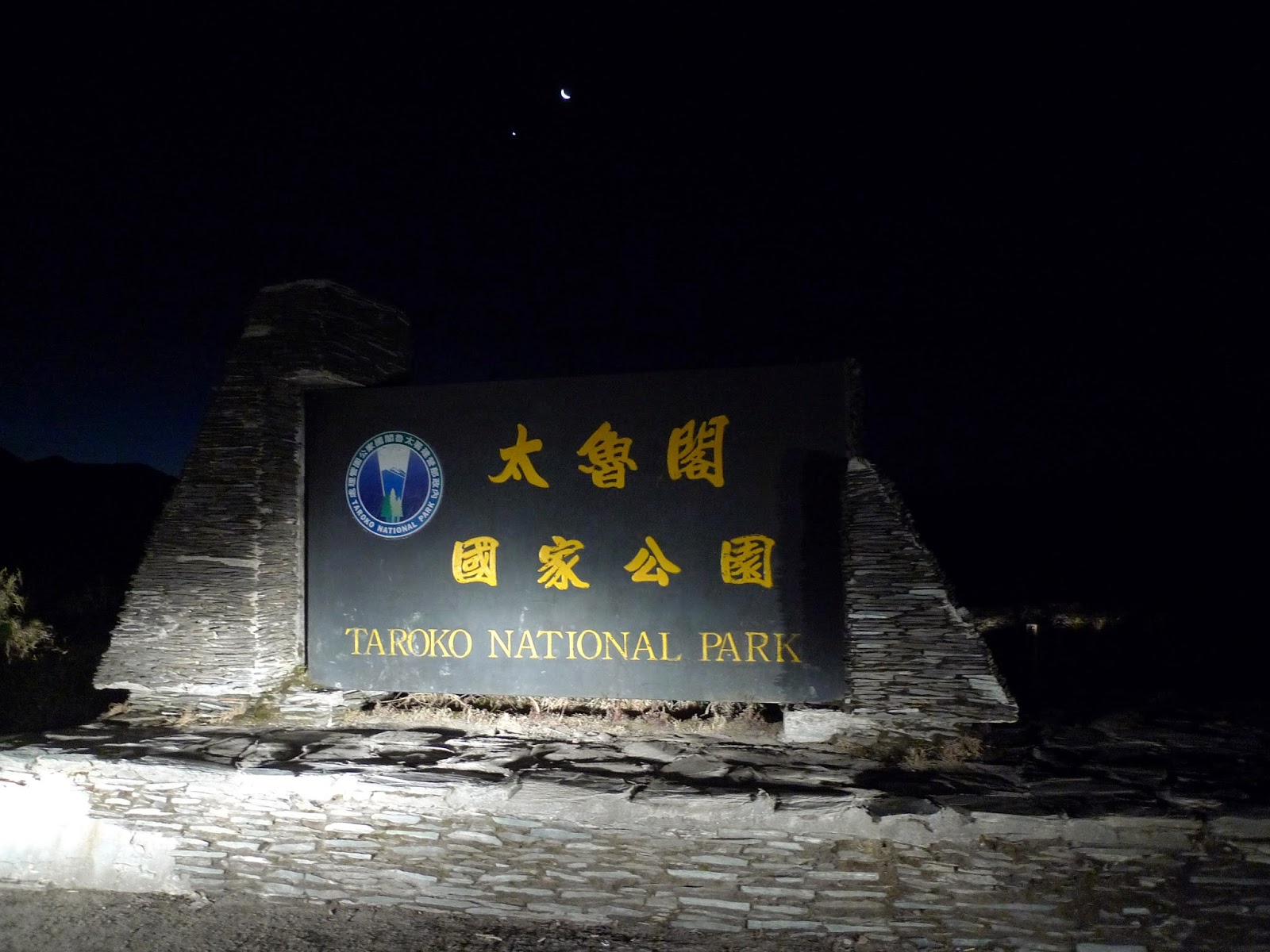 
Finally after the long winding road journey, we reached He Huan Shan at 6am. Snow which is rarely seen in Taiwan can be commonly found at He Huan Shan during winter months. The snow has fallen few days back and piled up on the mountain and road. Hubby forgot to bring his coat and luckily there are spare jackets inside the van for those who are afraid of cold and I grabbed one too. 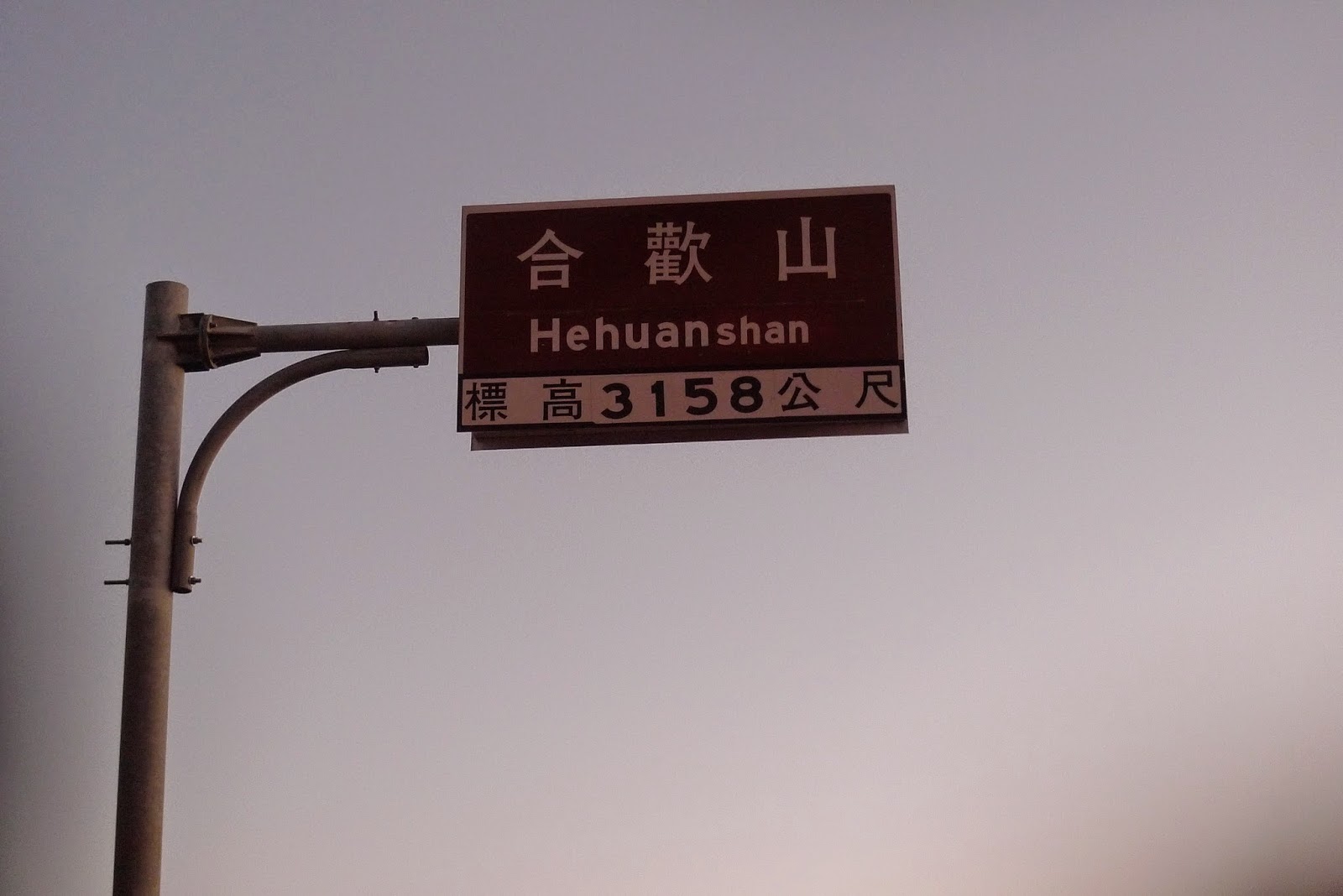 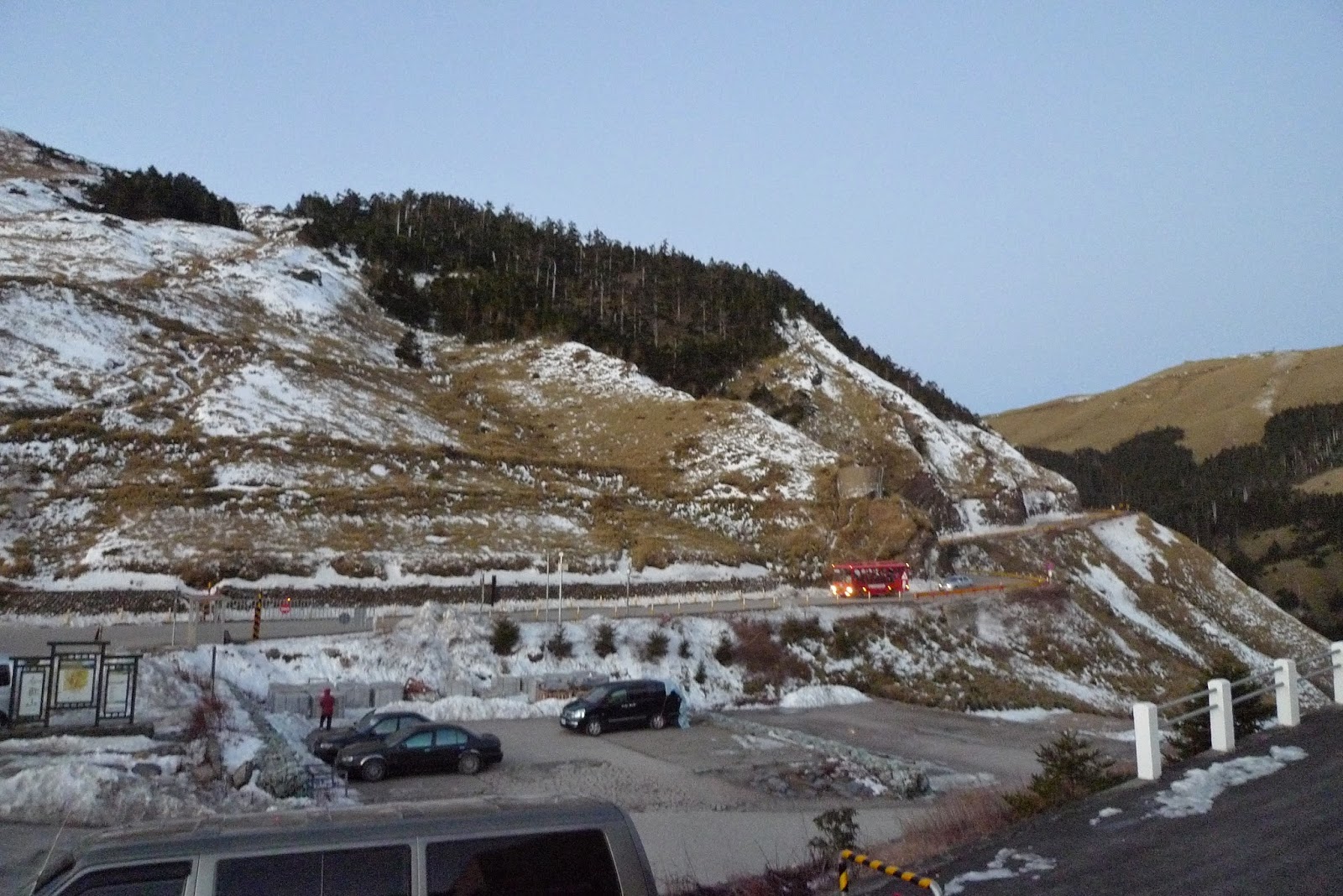 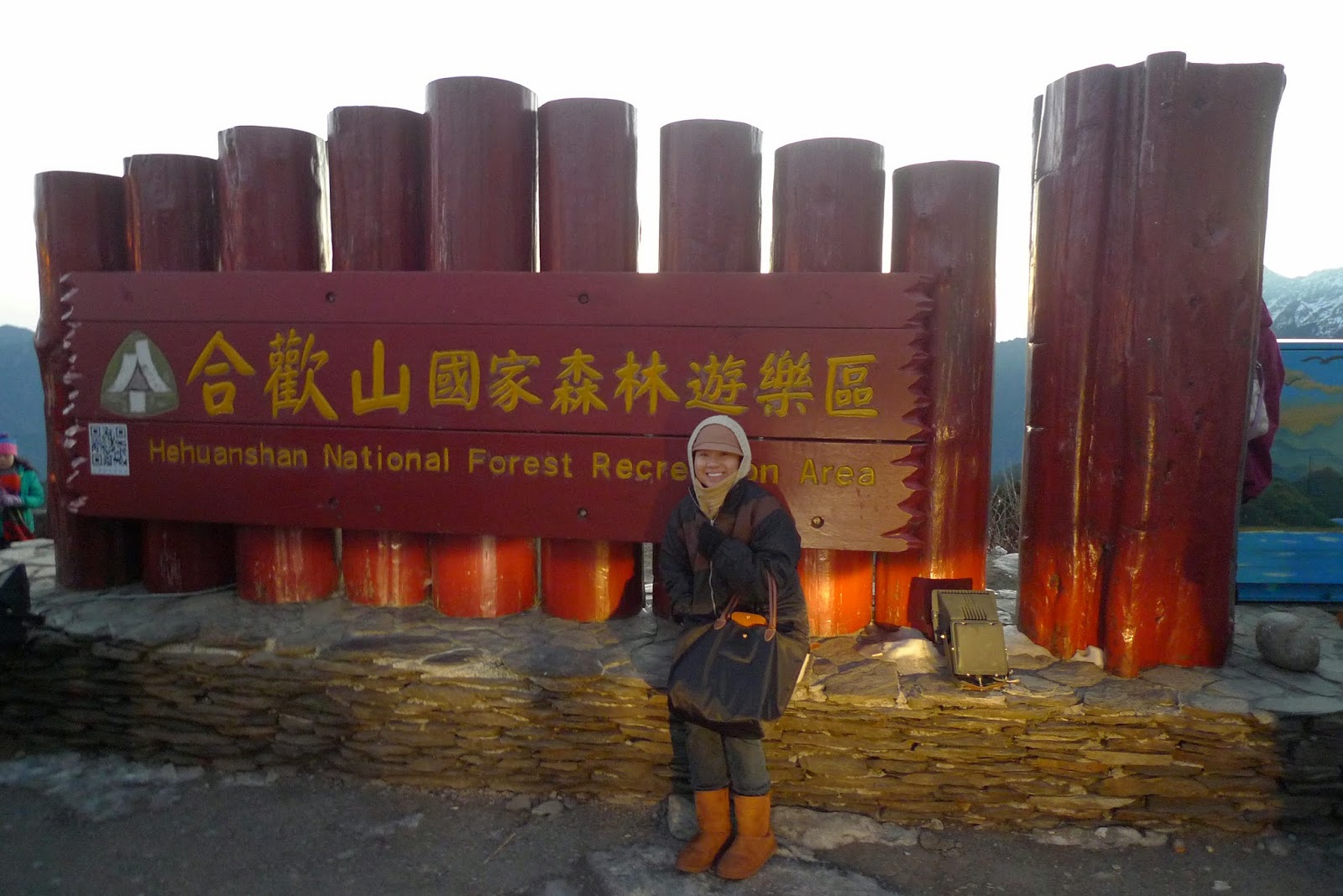 
It's extremely cold and some tourists hide at the viewing deck toilet which is enclosed. We also hid there once in a while when we cannot stand the freezing temperature.


We are lucky to catch the sunrise today as it's not hidden behind the clouds. I have experienced disappointing sunrise as it may not appear when you want to see it.

After the sunrise, we returned to the minsu and enroute we stopped at Wuling 武岭. Wuling at 3,275m above sea level, is the highest automobile pass in Taiwan. The steps up to the viewing deck is very slippery as it is covered with ice i.e. frozen snow which has accumulated from the snow falls few days ago.

We returned to Misty Villa just in time for breakfast and our stomach is already grumbling for food.

Fireplace in the dining area

The breakfast is buffet style with a mixture of Western and local food. We had our breakfast and then return to the room to catch up on our sleep until check out time. 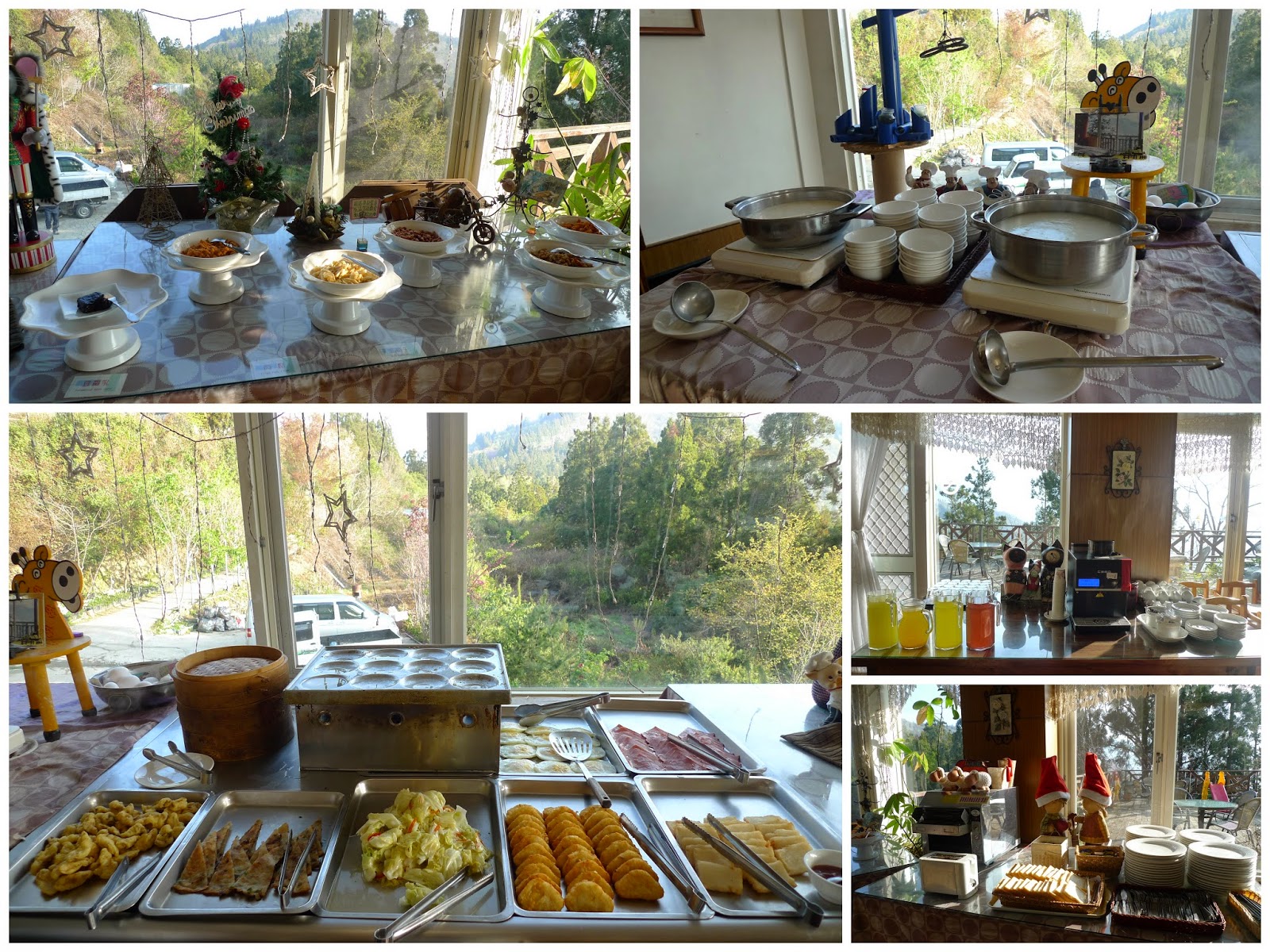 
We waited for the 11.10am Nantou bus at the bus stop along the main road. There is no proper bus stop and the bus stop is distinguish by the bus stop sign. A e-go van stopped to ask us if we want to board the van but we declined as we have already bought the return ticket yesterday. E-go bus is more expensive at NT450 ~ S$19 compared to Nantou bus NT250 ~ S$11 but it does not stop enroute after picking up the passengers at Cingjing. 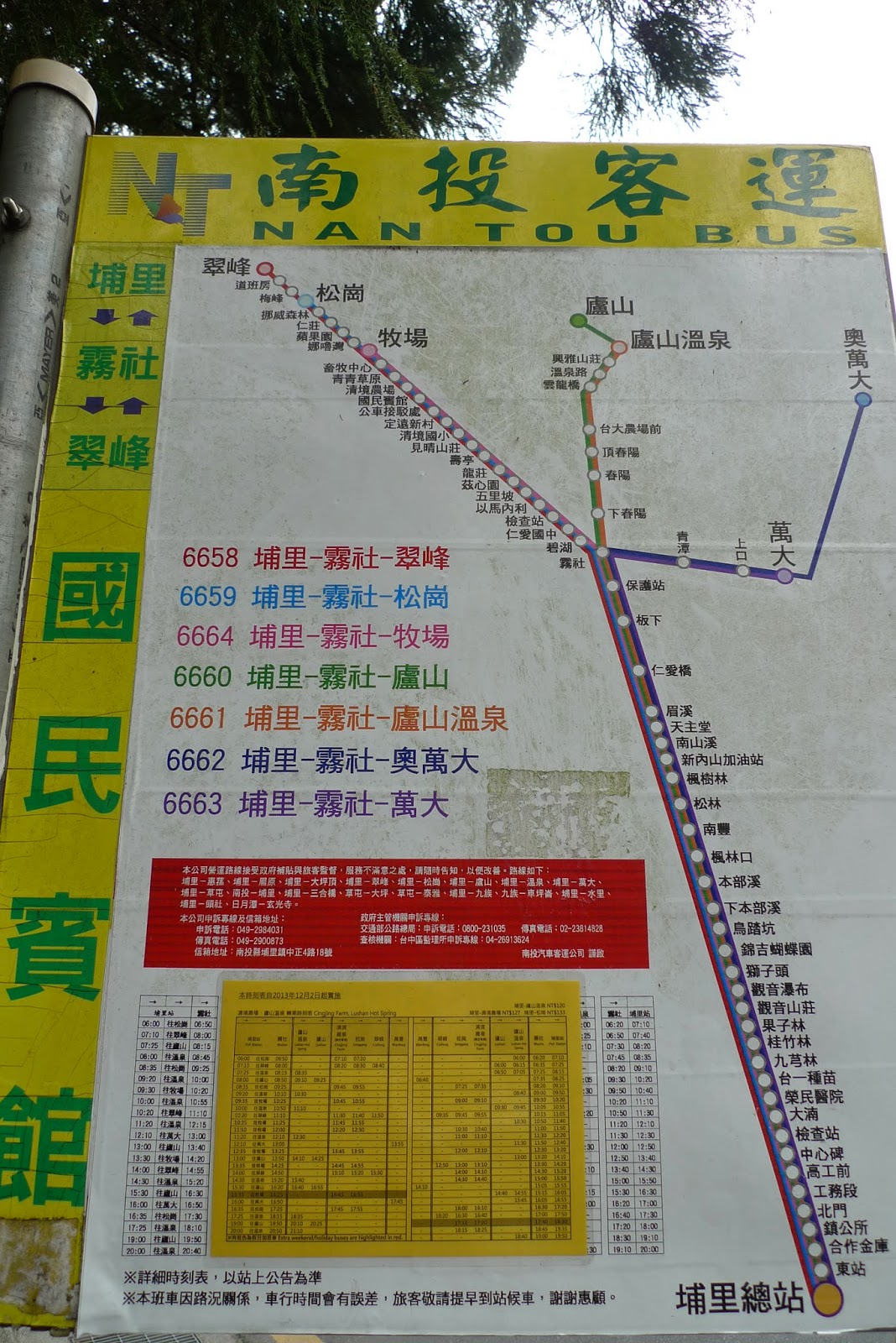 
The Nantou bus stopped at Puli station for few minutes where passenger can go for toilet break. We topped up the bus fare to Taichung HSR for NT135 ~ S$6 as the pass which we bought yesterday is only for Cingjing to Puli route. This time round, we get to seat all the way from Cingjing to Taichung HSR station. Finally we reached Taichung HSR station after 2.5hr of bus journey. We had a quick lunch at Mos Burger before boarding the 2pm HSR bound for Taipei.


We reached Taipei HSR station at 3pm and crossed the street to CityInn Taipei Hotel Branch 1 which is located at Huaining road.

The room is small but compact and clean. The room rate is much expensive than Huaining Hotel which is along the same street but it is a much newer hotel. 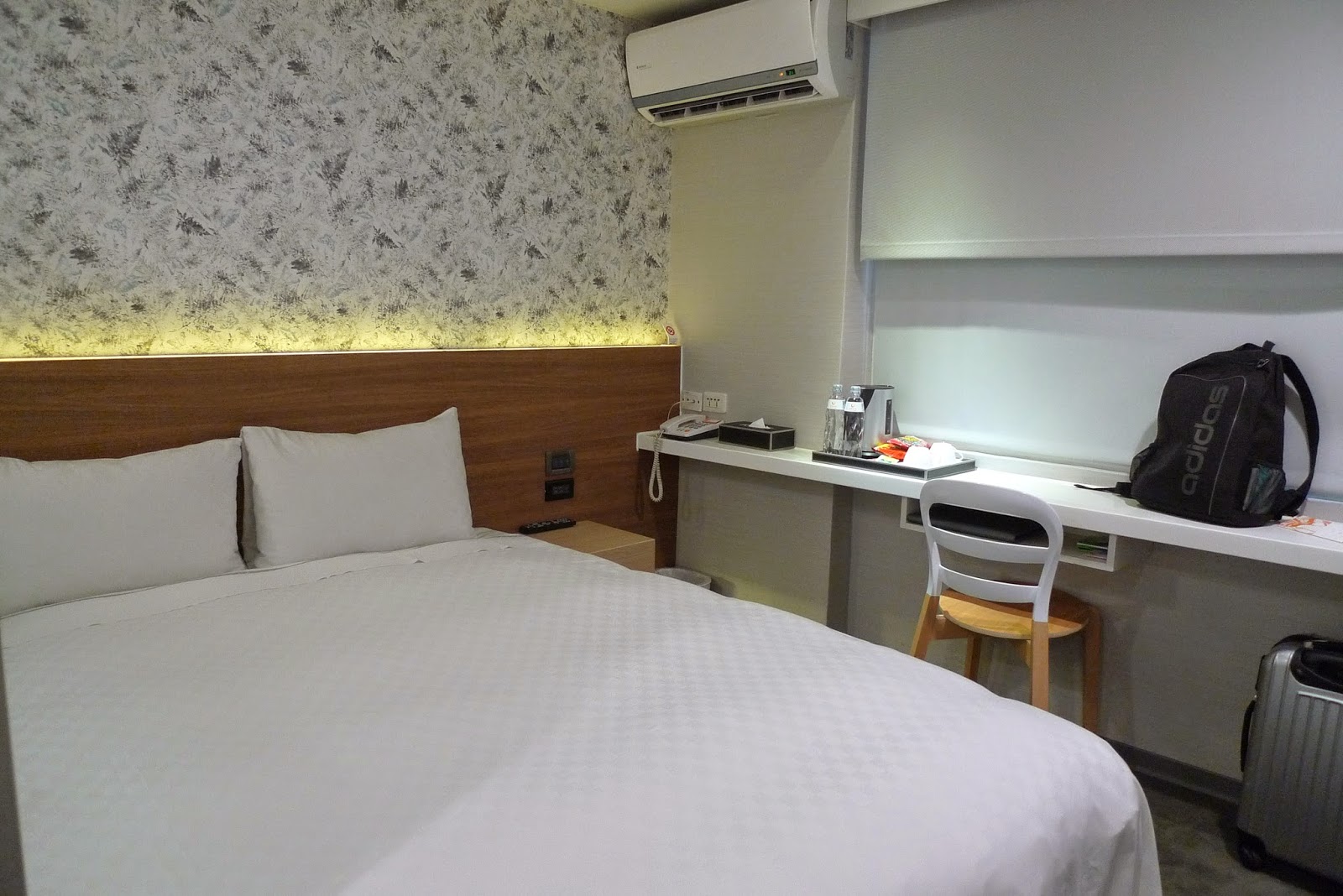 
We took the metro to Xi Men Ding which is just one stop away from Taipei Main Station. We spent the evening walking around and shopping.


We did not have proper dinner as there are many food stalls at Xi Men Ding so we just bought the food from each stall and ate at the spot.


Hubby has not eaten stinky toufu before so I bought a box for him to try. However he ate one mouth of the stinky tofu and puke it away so I ate the remaining tofu but I couldn't finished the whole box.


Hubby ordered Ah Zhong vermicelli which is one of his favourite food in Taiwan. In my opinion, it's over rated.