As breakfast was not included in the accommodation stay, we have to source for our own breakfast. I have planned to have at 阜杭豆漿 Fù Háng Dòu Jiāng which is famous for their soya bean milk. (Add: 北市忠孝東路一段108號2樓, Direction: 善道寺 Shandao Temple Station Exit 5, Huashan Market Building is on your right & Opening hours: 5.30am – 12.30pm, Closed on Mon)

When we reached at 9.30am, the queue had already extended to level 1. I have read stories that on weekend the queue is tremendously long, this is why I came on a weekday instead of weekend. 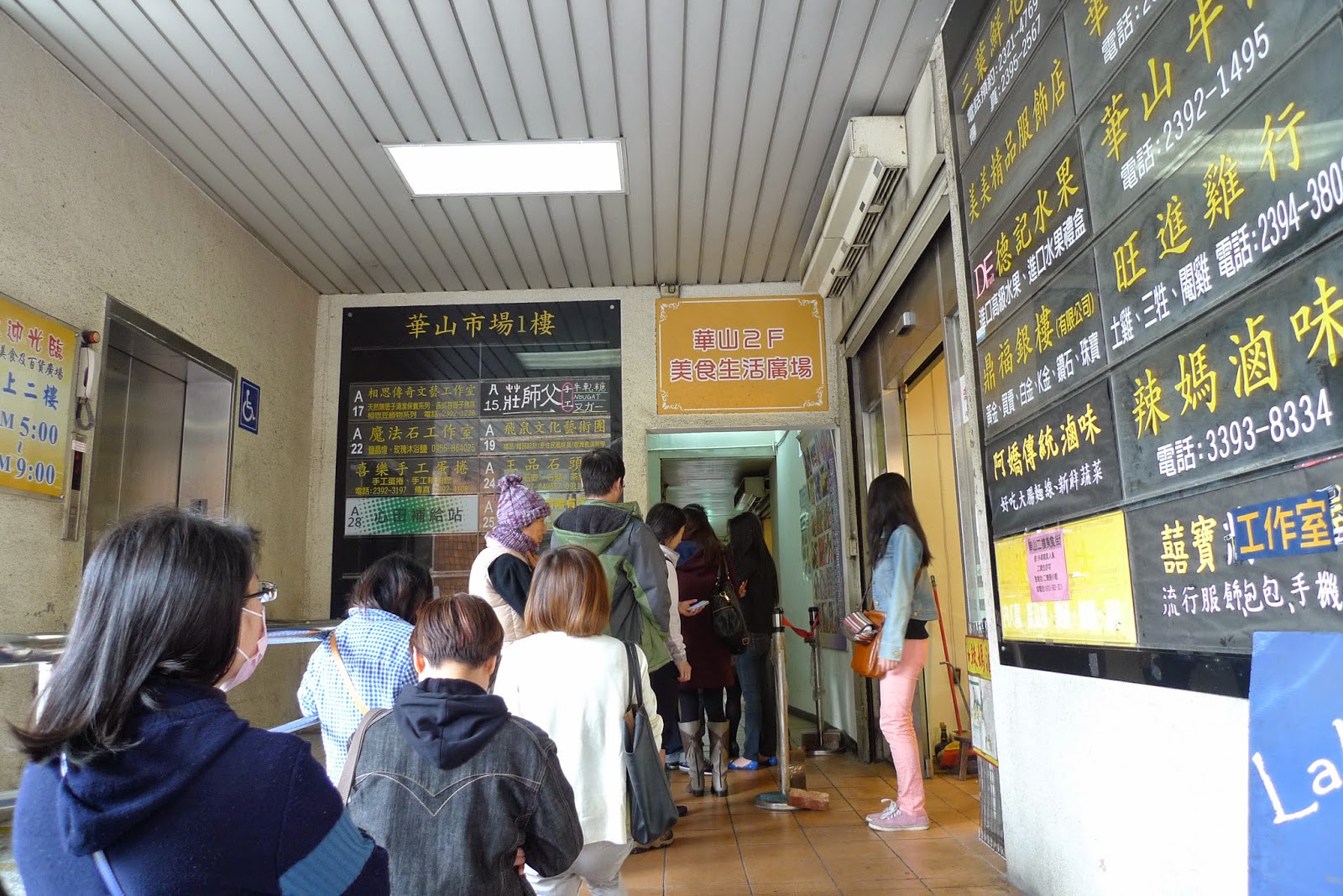 Queue from the ground level 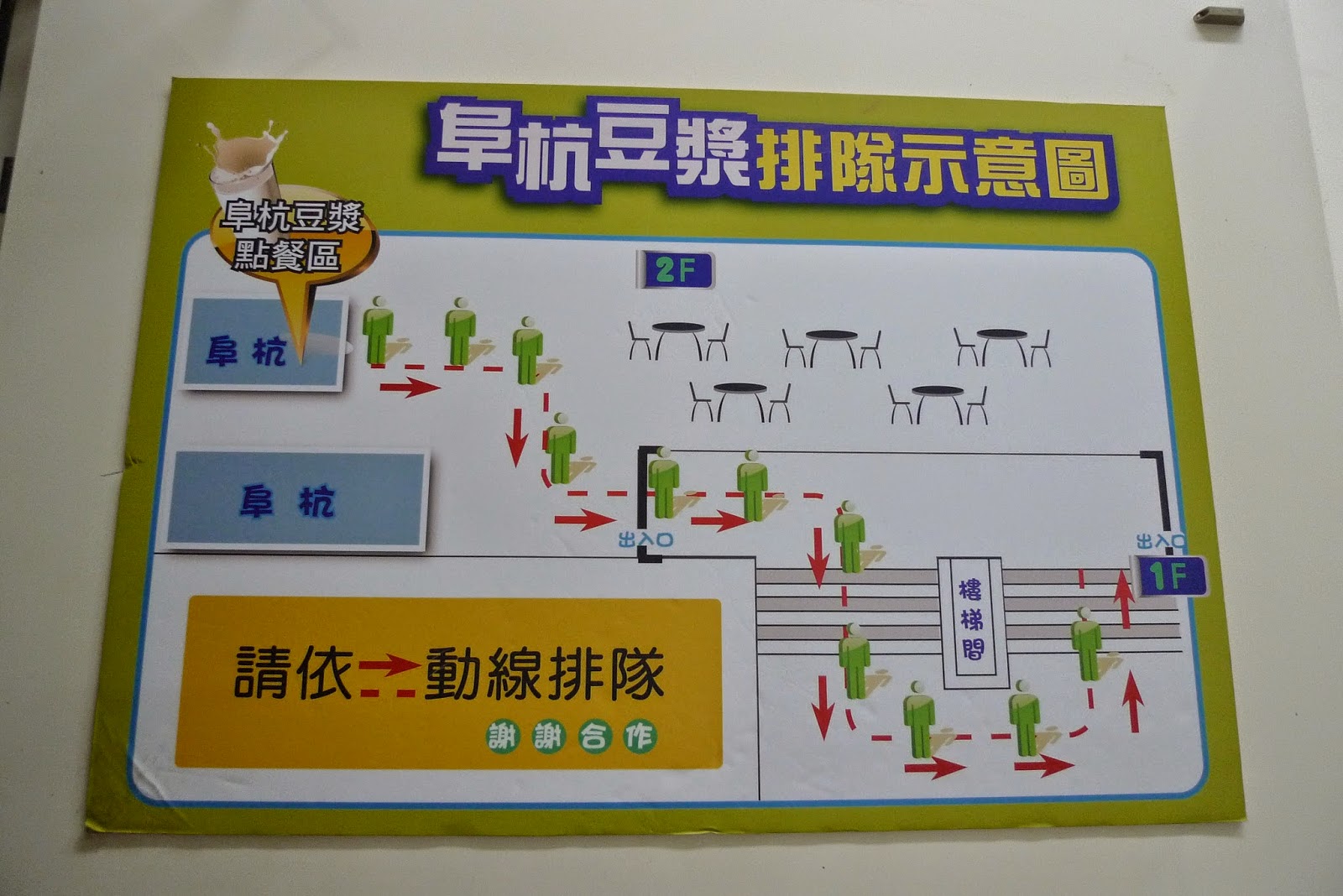 Surprisingly we reached the counter after spending 20min queuing as I was expecting at least a 30min queue. There are many seats available so searching for a seat is not an issue.

We then took metro to 松江南京 Songjiang Nanjing station which is just 2 stops from Shandao station and from there we walked 10min to 袖珍博物館 Miniatures Museum of Taiwan. (Direction: Songjiang Nanjing Station Exit 4, Opening hours: Tue – Sun 10am – 6pm & Admission: NT$180) The museum is located at the basement of the building so it is not visible from the ground level but there are posters at the ground level directing the visitors.

Once we stepped into the museum, we were greeted by a collection of Barbie dolls and the Barbie family tree chart.

We spent at least an hour browsing through the 200 collection items here. I'm mesmerized by these miniatures which bring back a lot of my childhood memories as I used to play those miniature doll houses. I feel as if I have visited the houses over the world after looking at these miniature houses with backdrop ranging from Seattle, New York Manhattan, Oriental, Victoria era to Ancient Egypt etc.

A shop in Provence

What captivate me was this smallest functional TV in the world  which is really amazing!

The miniature items can be very grand such as the castle shown below. There is even a miniature Buckingham palace and Palace of Versailles hall of mirror in this museum.

Collect stamps from various corner inside the museum

There is a shop inside the museum which sells a variety of miniature items and prices are not cheap.

We had lunch at 鼎泰丰 Ding Tai Fung first branch in Taiwan. (Add: 台湾台北市大安区信义路二段 & Direction: Dongmen Station exit 5) This outlet was packed with many tourist and I saw many Japanese tourist here. Ding Tai Fung occupied the whole 5 or 6 levels of this building. The ticket number here is separate into 1-2 pax, 3-4 pax, 5-6 pax or 7pax and above. We collected a ticket number and waited for almost an hour for our turn.

All the tables are full

We ordered the signature dish - Xiao long bao, pork chop rice and cold vege dish. I purposely chose to have a meal at Ding Tai Fung as I wanted to compare the food if it is the same as the one we had in Singapore. Well, it's almost 90% authentic with a slight variation.

We explored the surrounding as we were very full after lunch and there are many restaurants and eatery at the small lane.

We passed by this shop Smoothie House 思慕昔 which sell mango shave ice. We were attracted by the long queue hence we joined the queue and wanted to find out what is so special about their shave ice.

We ordered the Mango Snowflake Ice with Ice cream 超级雪酪芒果雪花冰 which only cost NT160 ~ S$3.50. The shave ice is very fine which melt instantly in our mouth and the mango is extremely sweet.

We then took metro to Shilin station and board bus to National Palace Museum. The bus journey took about 30min and stop at the base of the museum where we have to walk through the grand entrance to the museum building. There are many China tourists visiting the museum which is quite annoying as China tourists are notoriously known for their loud voices and bad manners.

National Palace Museum 国立故宫博物院 (Opening hours: 8.30am – 6.30pm daily, Admission: NT$160) has one of the finest Chinese collection in the world with over 696,000 pieces of Imperial Chinese artifacts and artworks. With a collection of this size, only 1% is exhibited at a given time. Permanent exhibitions of painting and calligraphy are rotated once every three months. There are English guided tour at 10am & 3pm and Chinese guided tour at 9.30am & 2.30pm respectively. We are in time for the English guided tour at 3pm and the guide spoke extremely good English as she was working in MNC previously. Photo taking is forbidden inside the museum so I will recommend visiting the museum personally to experience and immerse in it's vast collection. Some of the must see pieces are Jadeite Cabbage, Dongbo meat stone, White Jade Branch of Elegant Lychee and Qing Dynasty carved olive stone boat.

Just the museum & us

We then took the bus back to Shilin station and board one metro stop to Jiantan station for Shilin night market. The food and game stall vendors set up their stalls along the main street while the clothes stalls are located further inwards in the alley. There are many food stalls and one will be spoil for choice. Among the food which we ate, I would highly recommend the fried chicken cutlet from the stall with prominent yellow signboard across the street from Jiantan station. The chicken cutlet is BBQ before deep fried hence it retained the juiciness inside.

We also tried the fried milk which resemble fish balls but the inner is very soft which will burst inside the mouth.

I wanted to try the stinky sausage but hubby do not want as he was turned off by the stinky toufu yesterday.

The Shilin night market has relocate to the underground but the food at the stalls here are not as appealing as those which we had just now. We only had the oyster omelette as we were left with one night market voucher to utilize.