I had museli while hubby had Phad Thai which is a change from the western breakfast which we had yesterday. The museli portion is huge and I couldn't finished it. 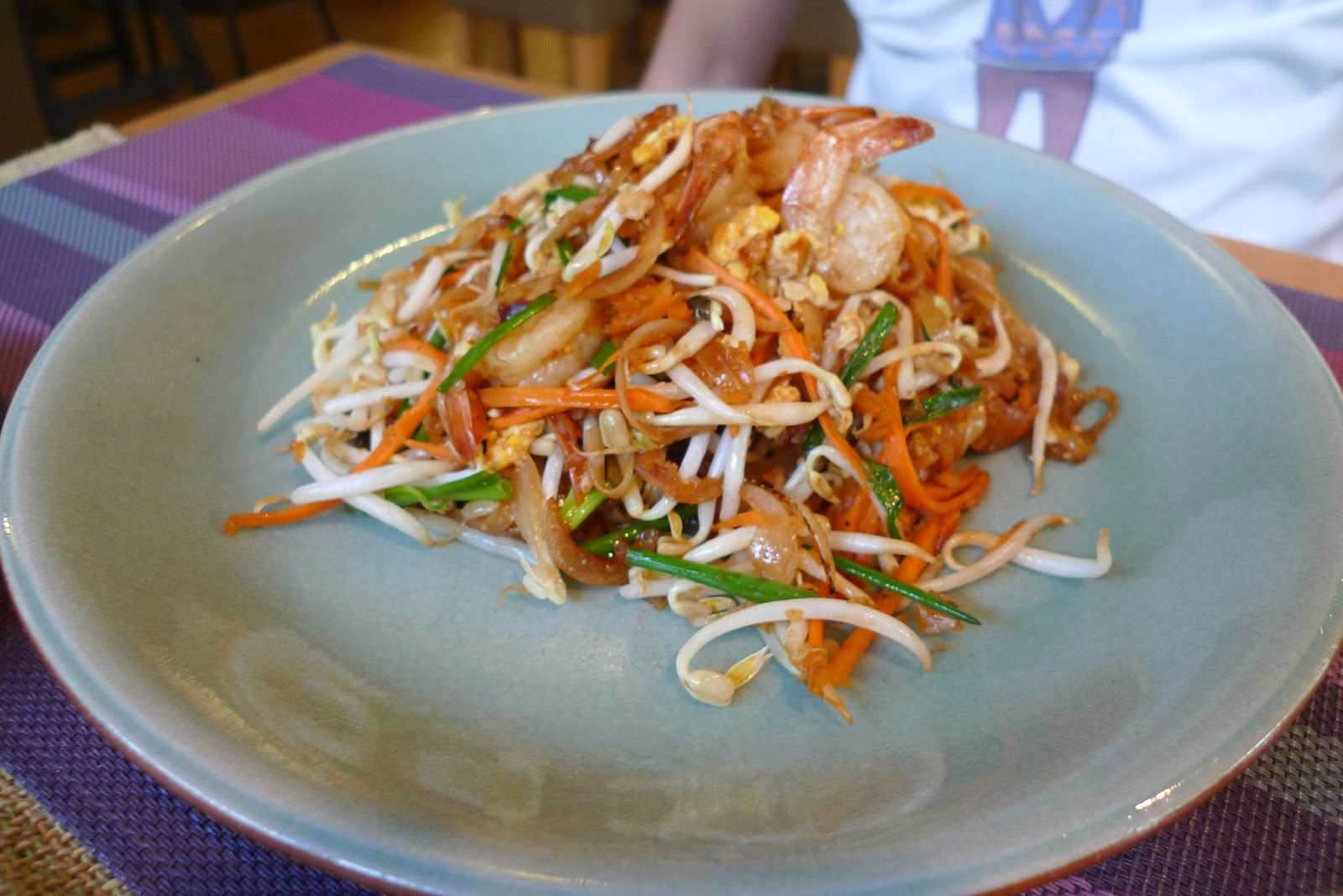 As there was no guest occupying Monorah room, we shifted our belongings from Ayutthaya room to here after having our breakfast. The bathroom is huge which is almost the same size as the bedroom itself. We chose this room as it comes with a jacuzzi which we make use of it almost everyday. 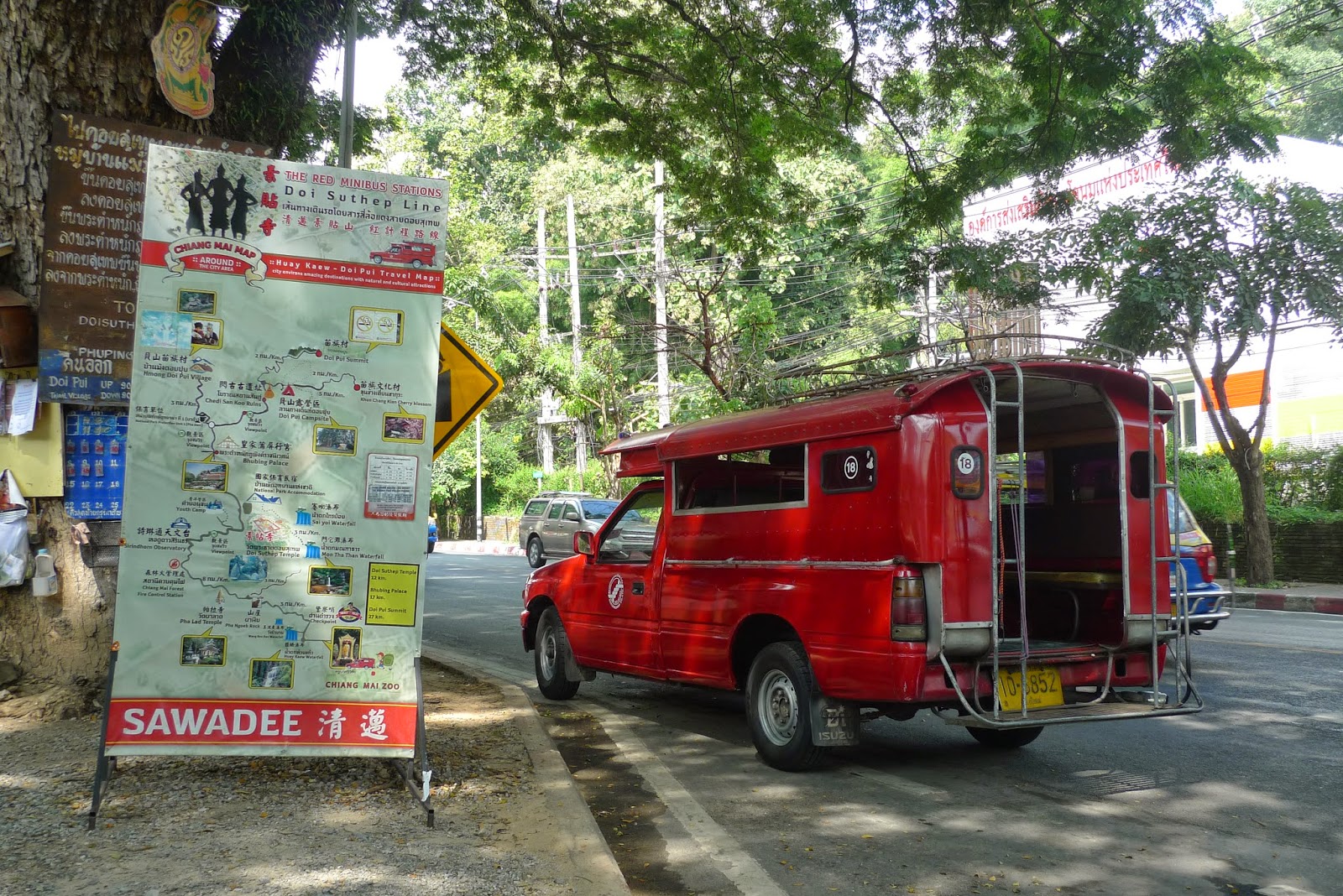 The journey upload is winding and we swing from left to right whenever there is a turn. After a 20min ride, we reached the Doi Suthep car park. We feel the difference in temperature once we step out of the songthaew. It's cooling here as it's 1,600m above sea level. 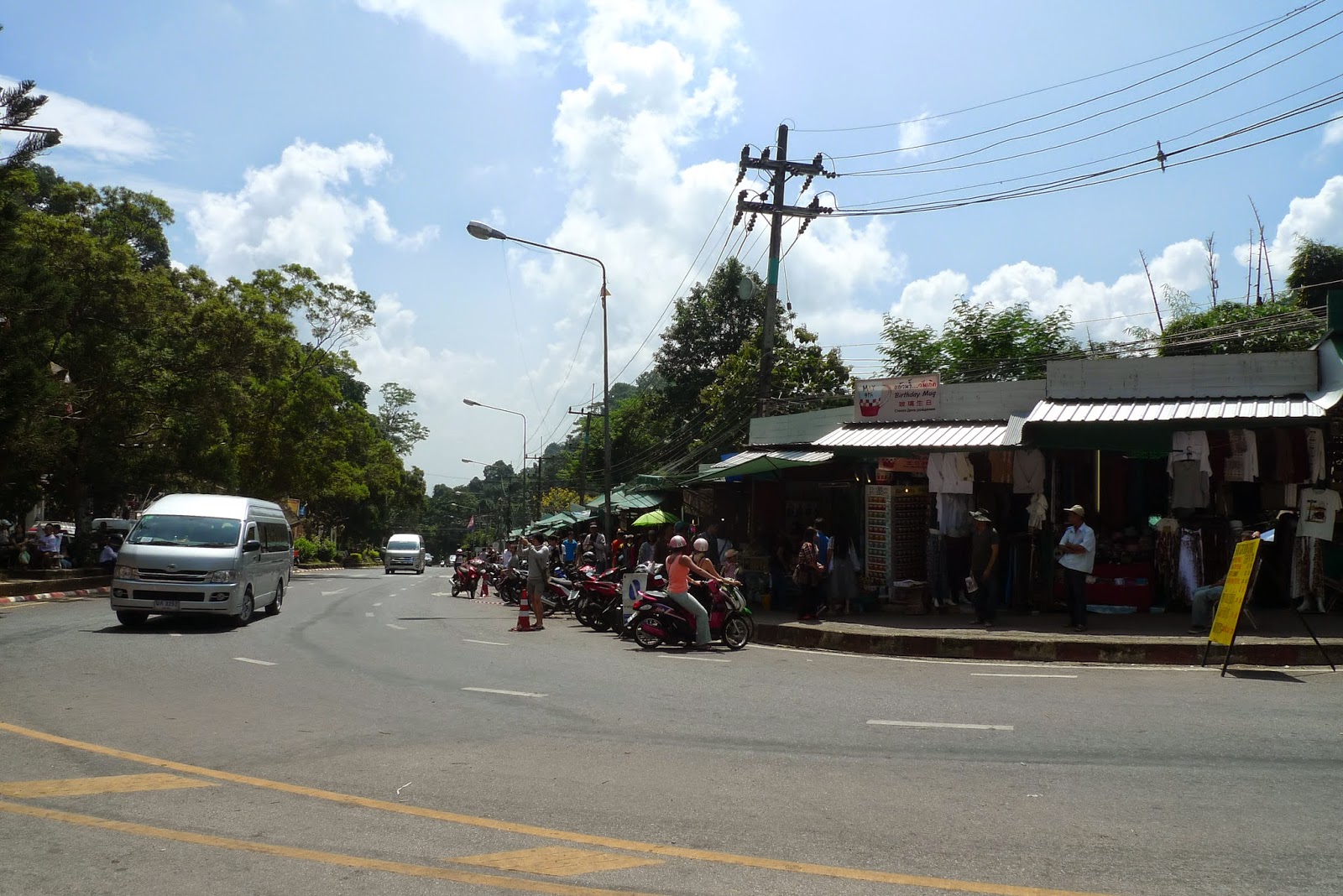 Stalls at the car park of Doi Suthep


From the base, visitor can climb 309 steps up to Doi Suthep or take a tram for THB30 ~ S$1.20. We chose to climb up as the steps are not difficult to conquer. The steps are lined with rows of stalls at the side. 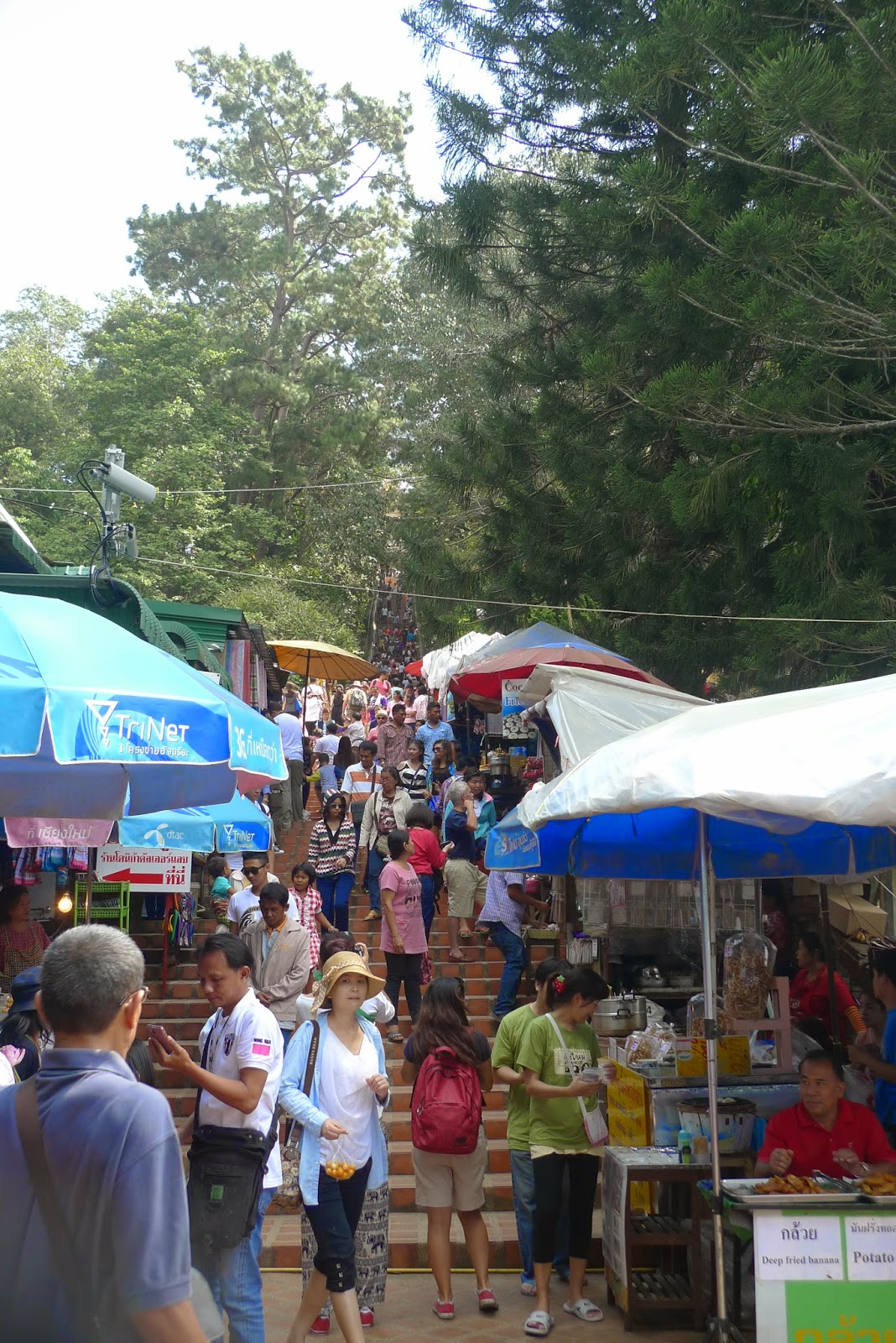 There is an admission fee of THB30 ~ S$1.20 and rental of sarong is available for THB10 ~ S$0.40. Visitors have to be properly dressed before entering the temple, i.e. no sleeveless, no shorts or skirts above knee. The temple is quite crowded with tourist and locals as there ain't any empty corner when we roamed around.


From the back of the temple, we can see Chiang Mai airport and the city, albeit parts of the view blocked by the trees. 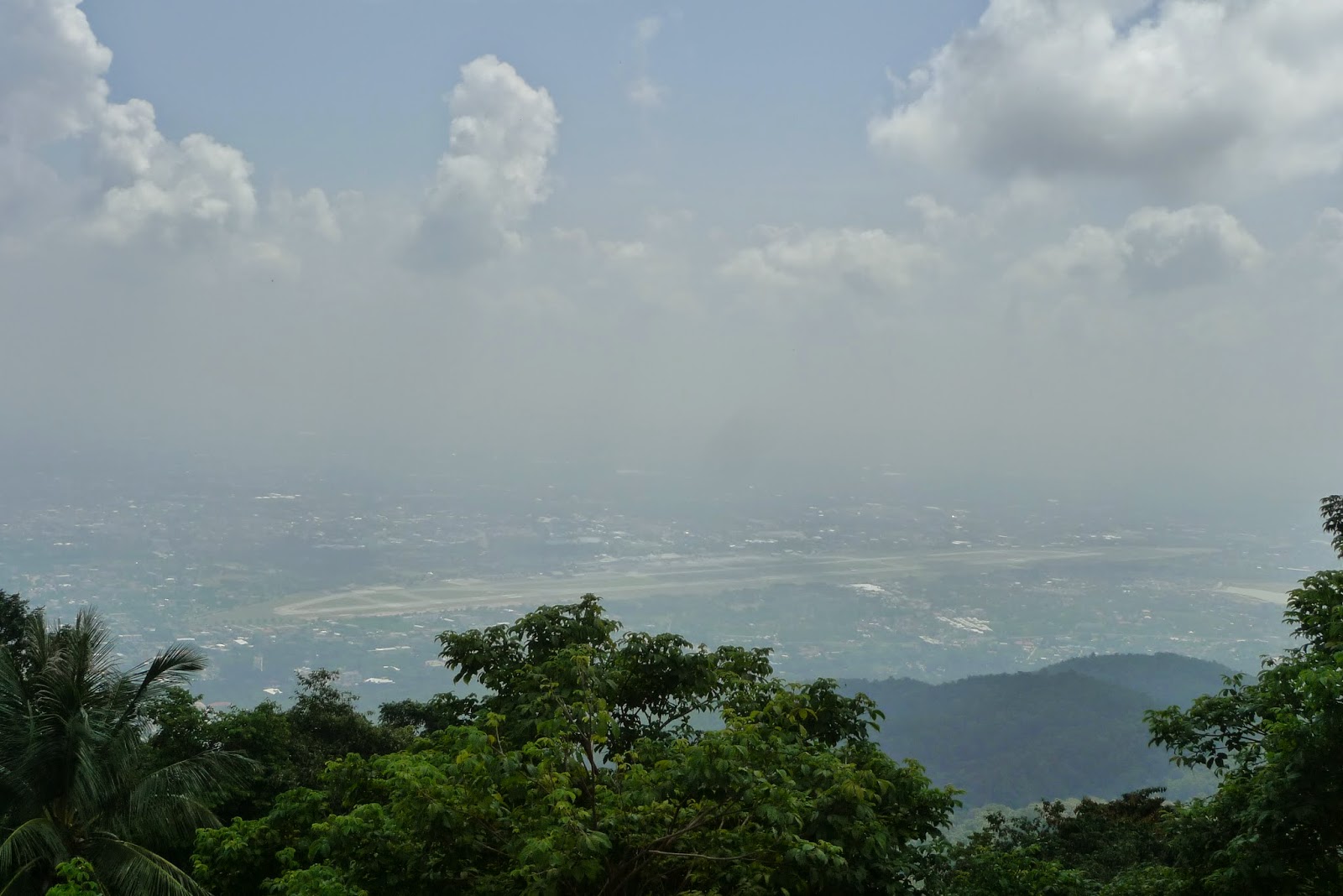 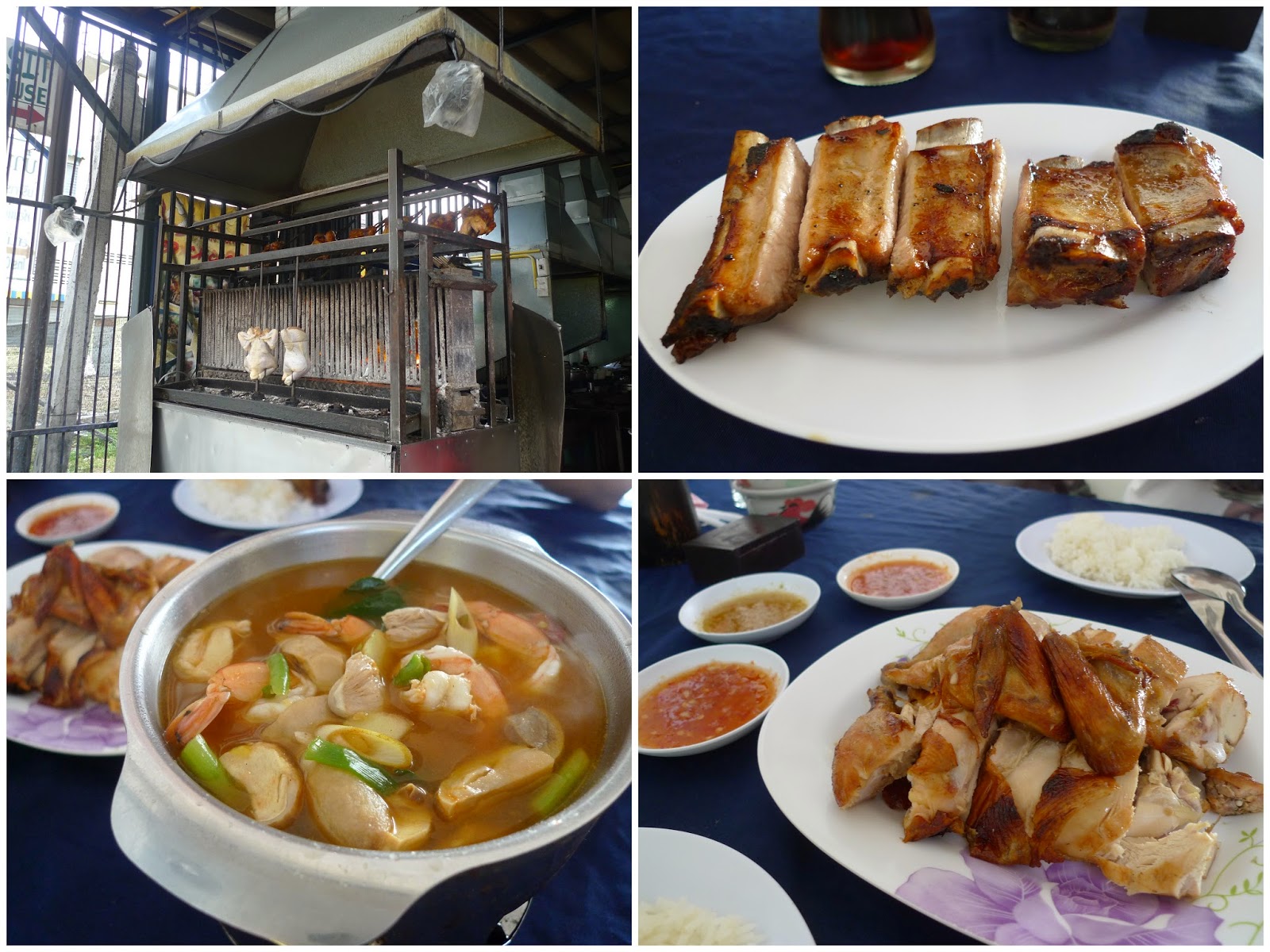 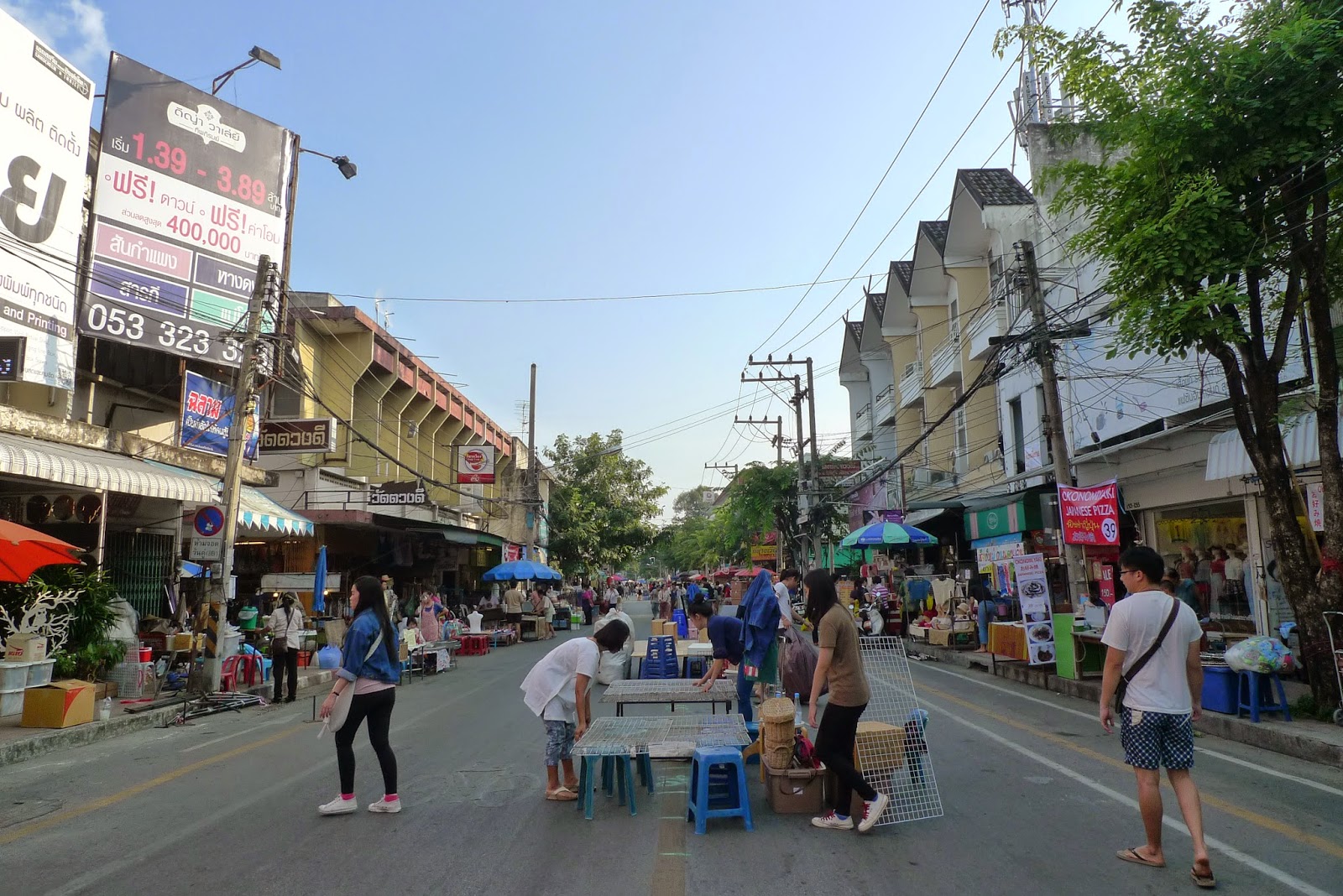 
We had massage at Lila Thai massage which was recommended by Noot and has 5 branches inside the old city walled area. The masseurs here wore standard uniform which gave a professional image. Moreover the slots are full when we reached and we have to wait for half an hour before our turn. Hubby and I agreed that their massage can't be that lousy. We had 90min Thai massage for THB300 ~ S$12. After being disappointed with the massage for the past two days, this one met our expectation and we regretted not knowing Lila Thai massage earlier. 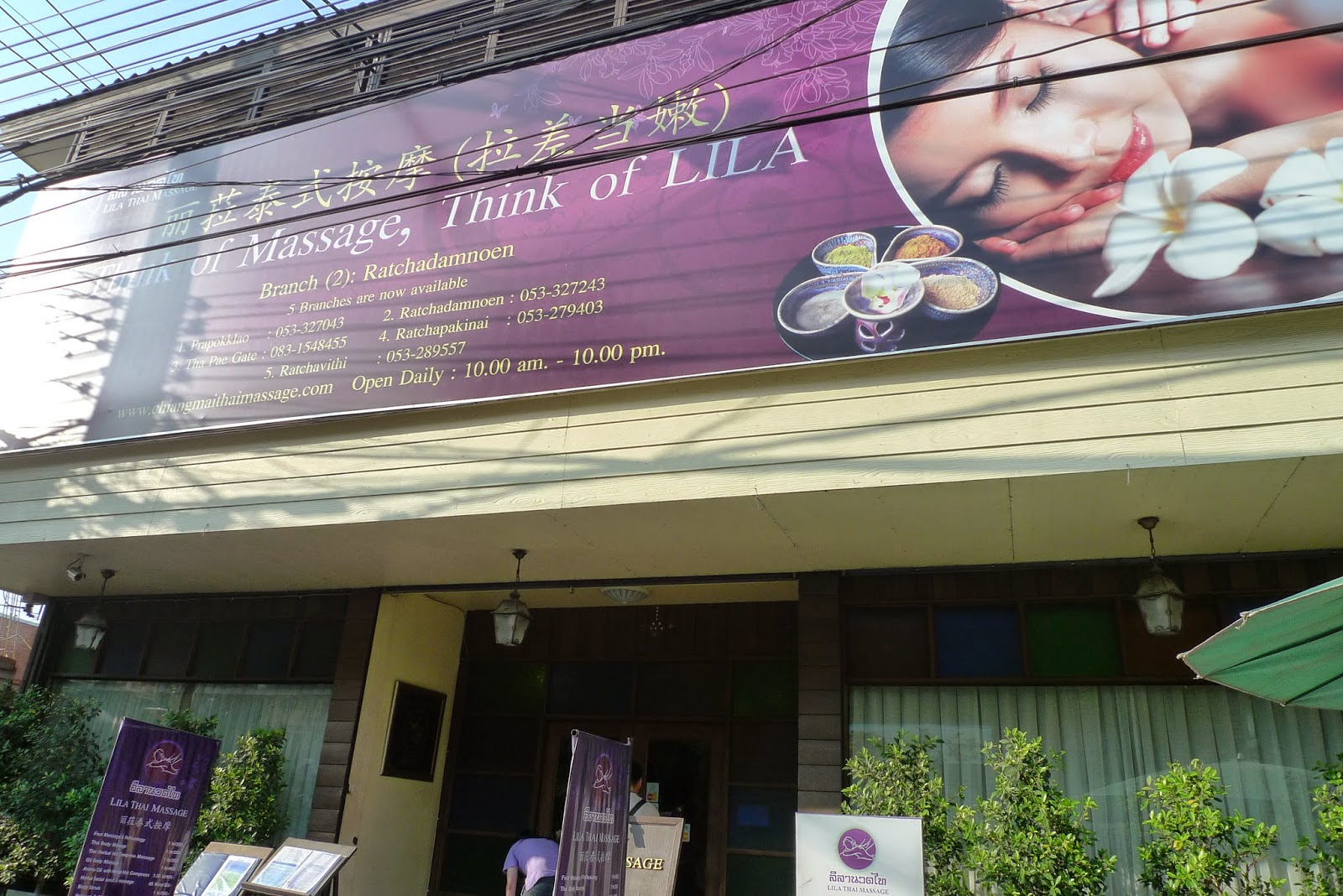 Unlike the Night Bazaar which is filled with imitation designer labels, the Sunday Market is a showcase of the art and craftsmanship of the Northern Thai people. There are food stalls, clothes stalls, souvenirs stall and even street performance. Hubby and I like the handicraft sold here and we planned to buy the deco items for our house in the future. 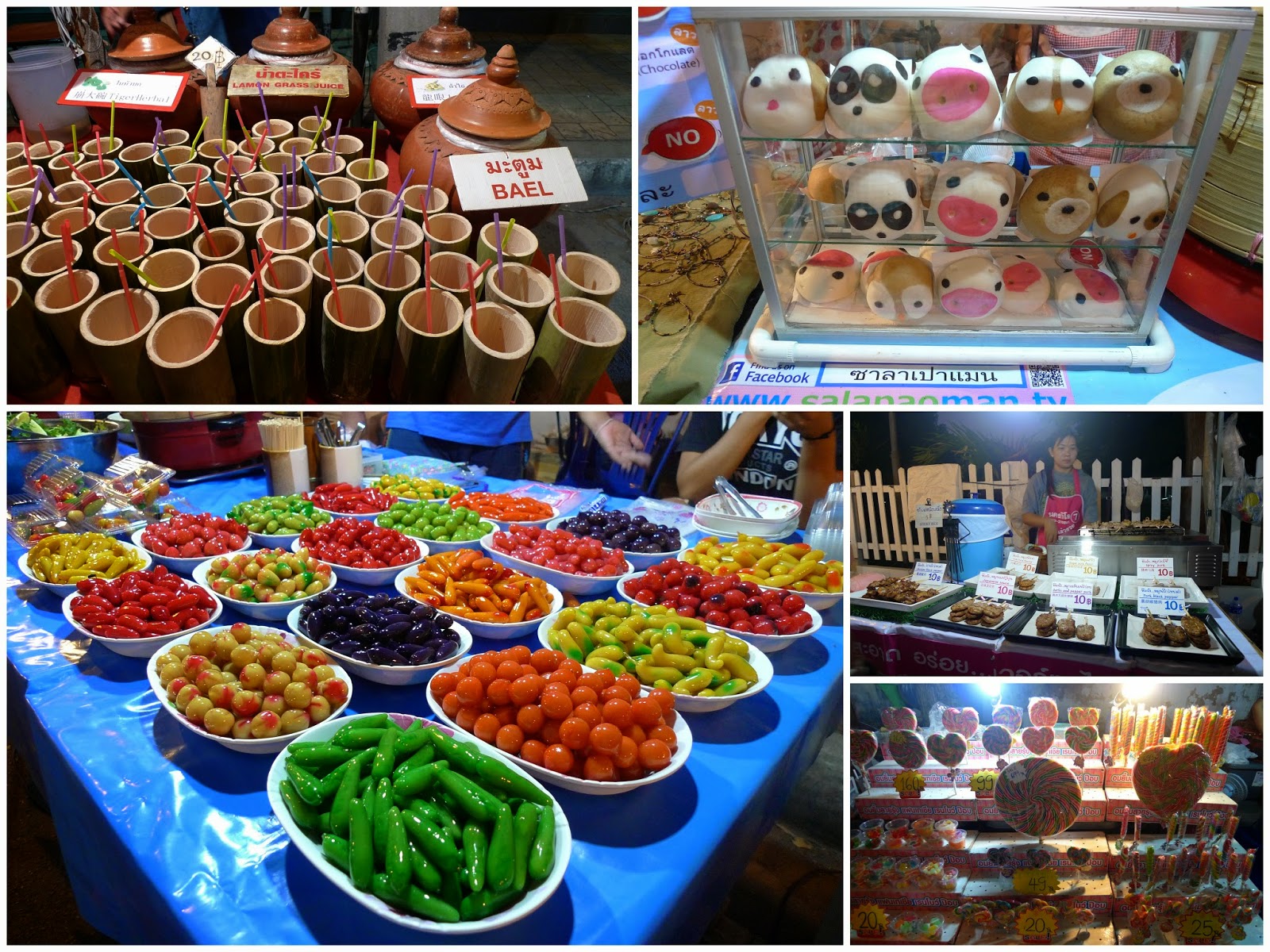 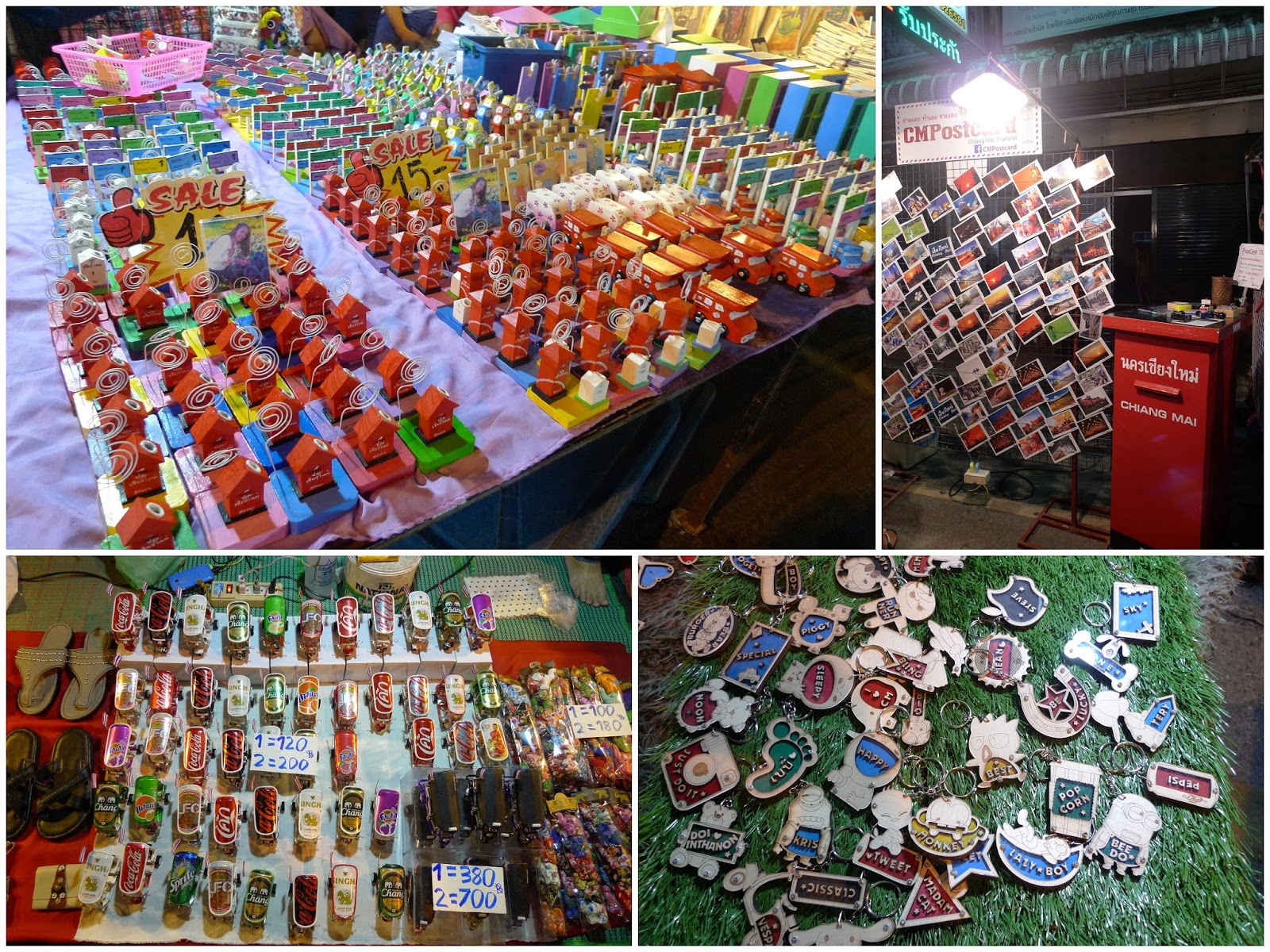 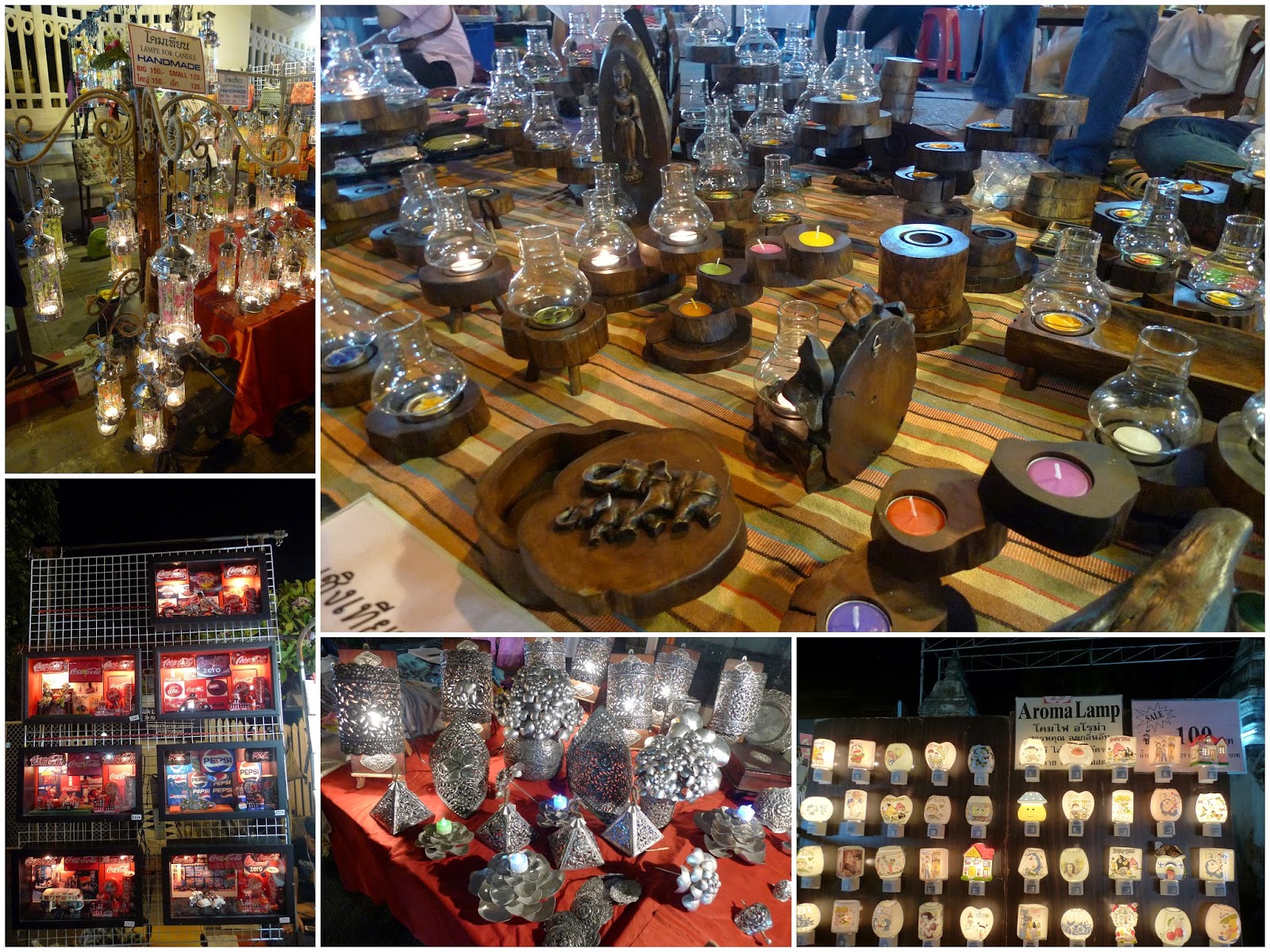 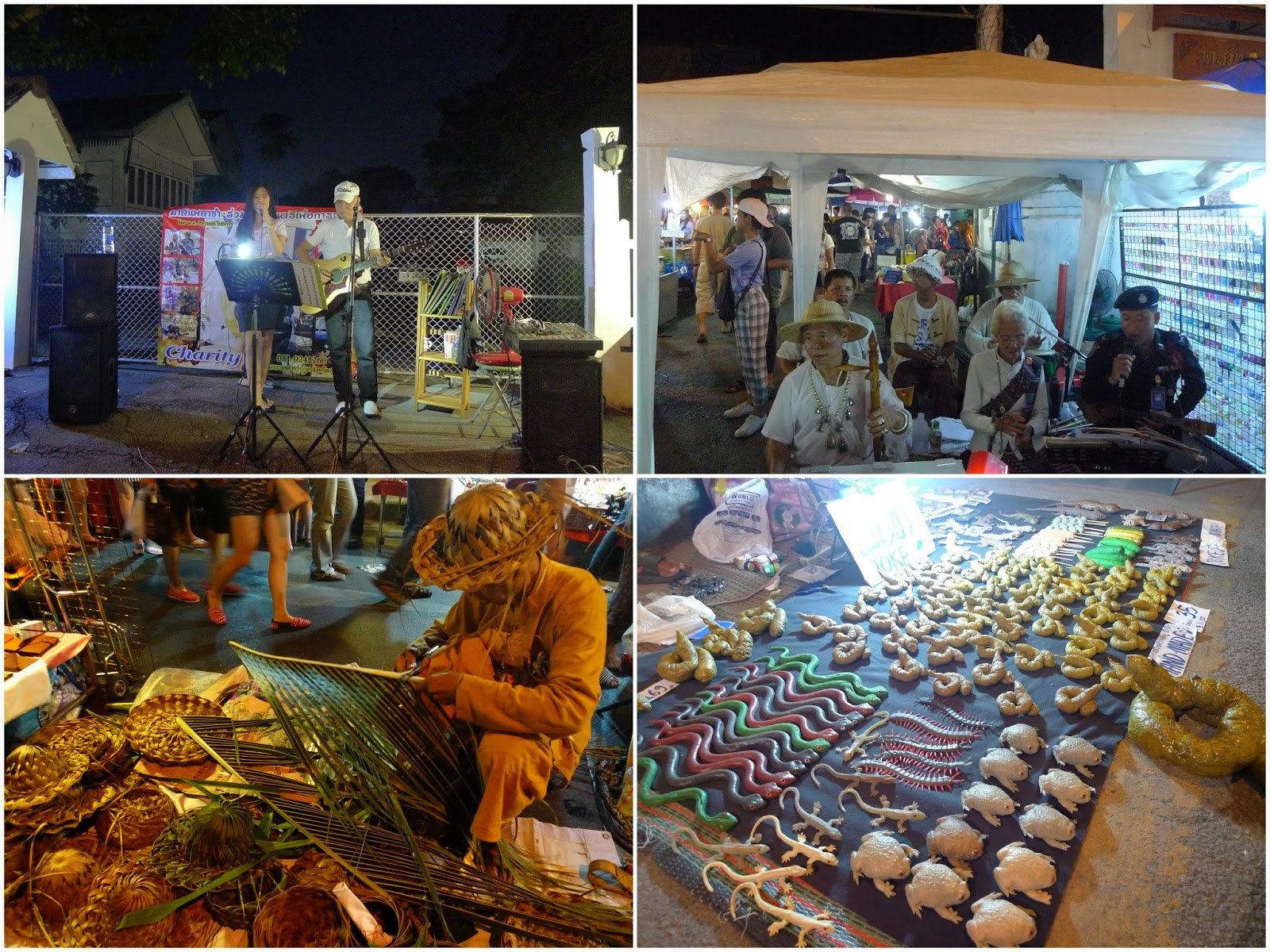 Buskers and other interesting stalls