Hubby ordered Museli today after watching me eating it so deliciously yesterday while I opt for western breakfast today. 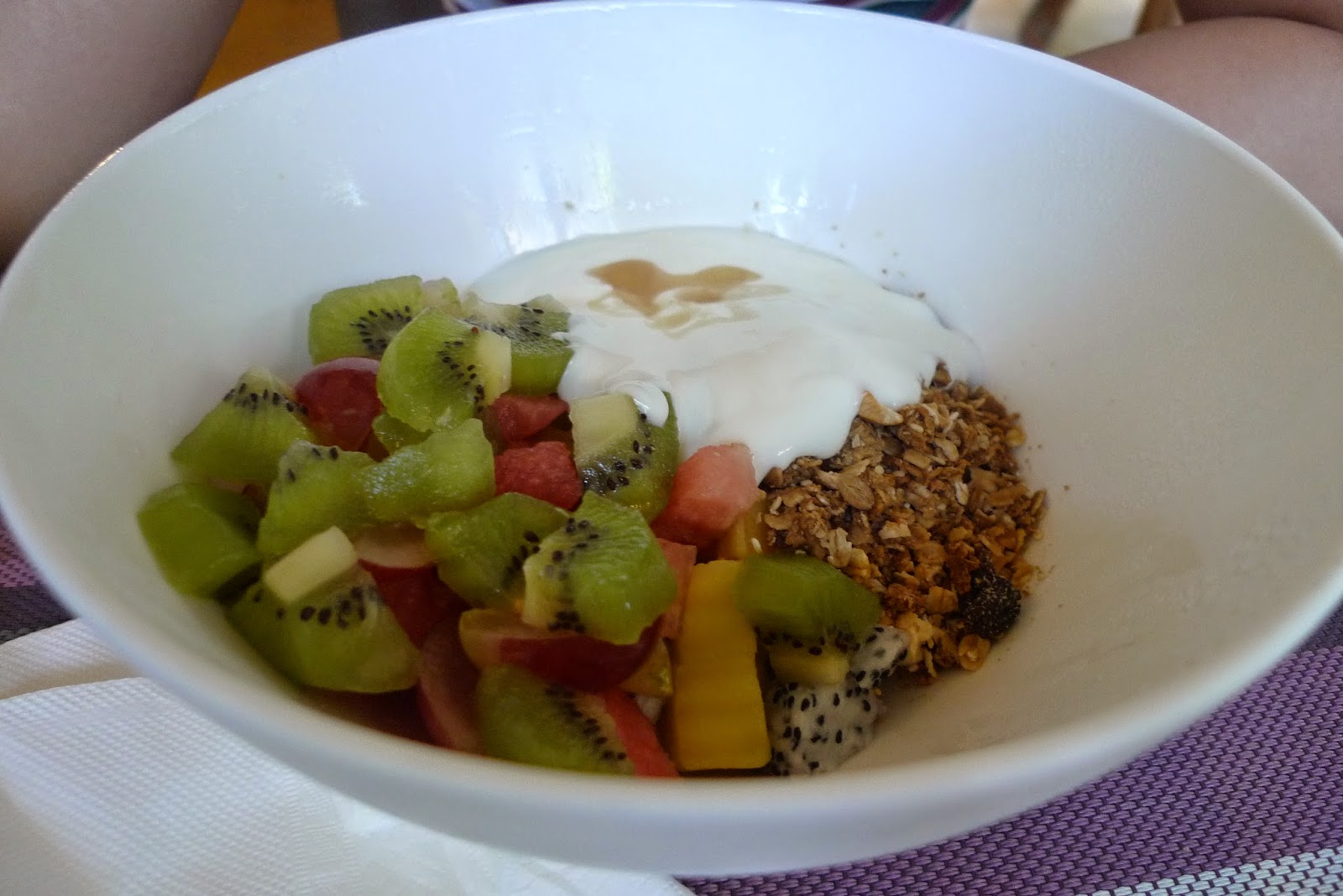 I have booked a day tour to Doi Inthanon through Seven Senses Guesthouse yesterday. The tour cost THB1,300 ~ S$50 per pax and includes driver, guide and lunch. The van pick us up at around 8.30am and we were the 2nd last passenger to be picked up. There were 12 pax in this tour group excluding a guide and a driver.


The journey from Chiang Mai to Doi Inthanon takes about 2hr and en route we stopped at a petrol station for toilet break. The guide brief us on the places which we will be visiting today, first we will go straight up to Doi Inthanon, then followed by the King and Queen Stupa, Hmong market, Wachirathan Waterfall and lastly Karen village.


The temperature can drop as low as 0°C at the end of the year but there is never snow falling at Doi Inthanon.

Temperature at 6am today

Weather radar at the summit

Buying a cup of coffee to warm up the body


Across the carpark, there is another nature trail and the guide brought us around for a walk. 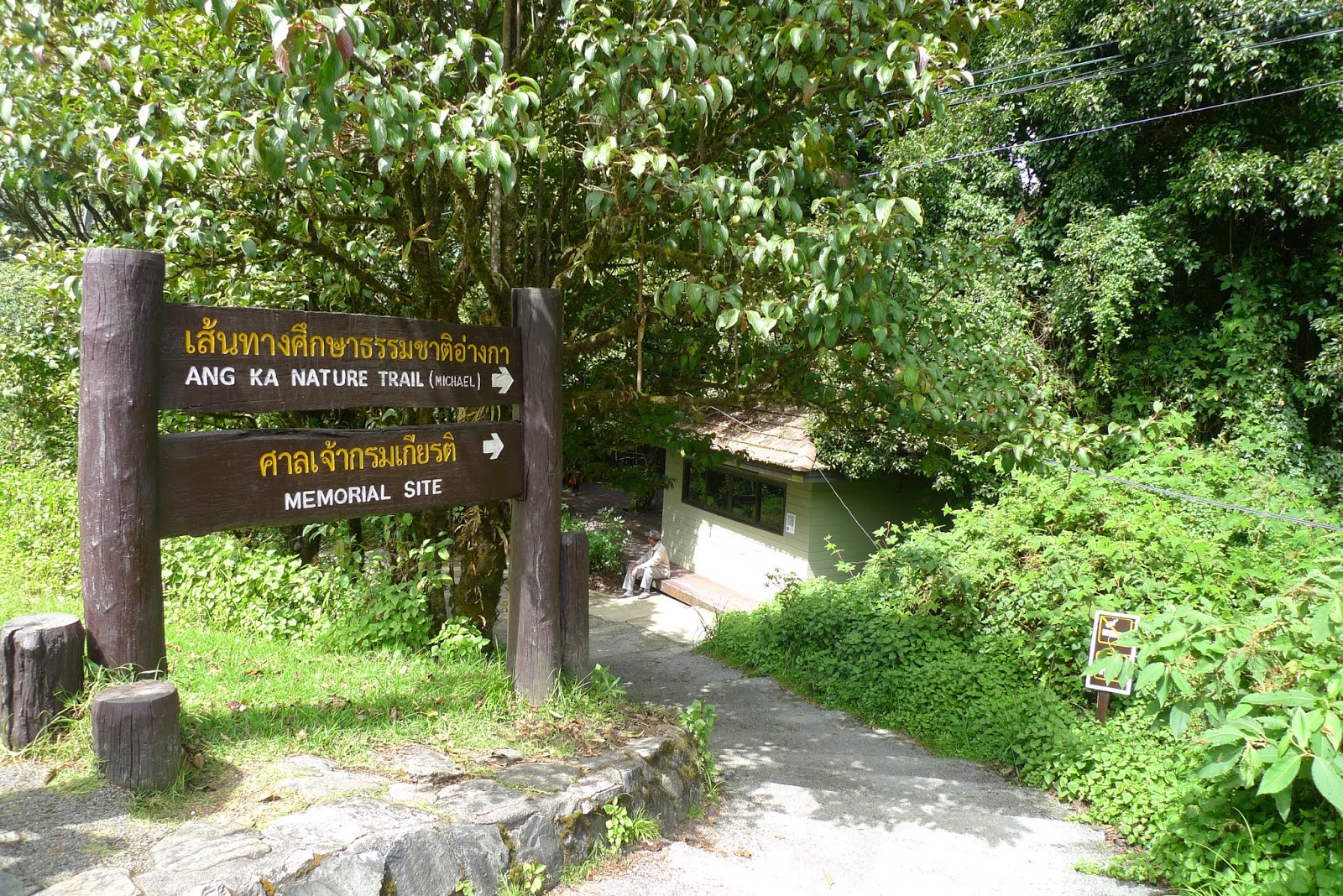 Into the arm of the greenery


Next, we visited the King and Queen Chedis. The proper name is Naphamethinidon (นภเมทินีดล), meaning "by the strength of the land and air", and the other, Naphaphonphumisiri (นภพลภูมิสิริ), meaning "being the strength of the air and the grace of the land". The King chedi is brown in colour as the King was born on Saturday while the Queen was born on Tuesday hence the chedi is purple in colour. There is an escalator leading up to the Chedis so we took the escalator up and came down by the stairs.

We stopped by Hmong market where the locals sell the products which they grown. We bought some crackers and I discovered the next day that the price in Chiang Mai market is much cheaper. 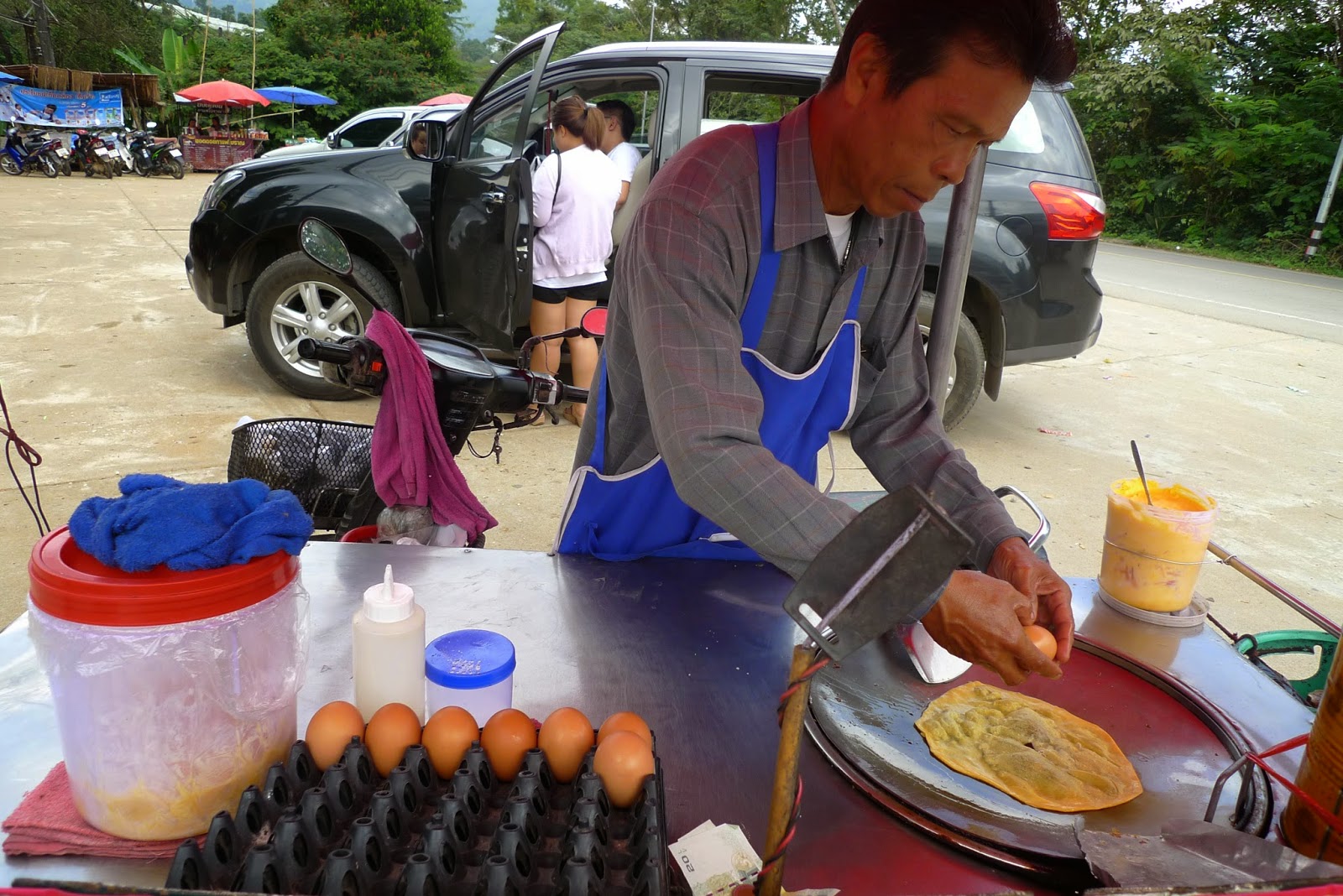 
We had lunch at Wachirathan Waterfall. There are 4 dishes and were ready on the table when we arrived. Hubby did not enjoyed the food and was craving for the BBQ chicken which was sold at the eatery. The BBQ chicken is delicious and comparable to SP chicken which we had for the past two days. 
Next we went to a Karen village. However the Karen people living here are not Paduang Karen tribe where the woman wear brass coil on their neck. It started to rain when we reached the village so we could only see woman weaving cloth and are unable to visit the paddy field. 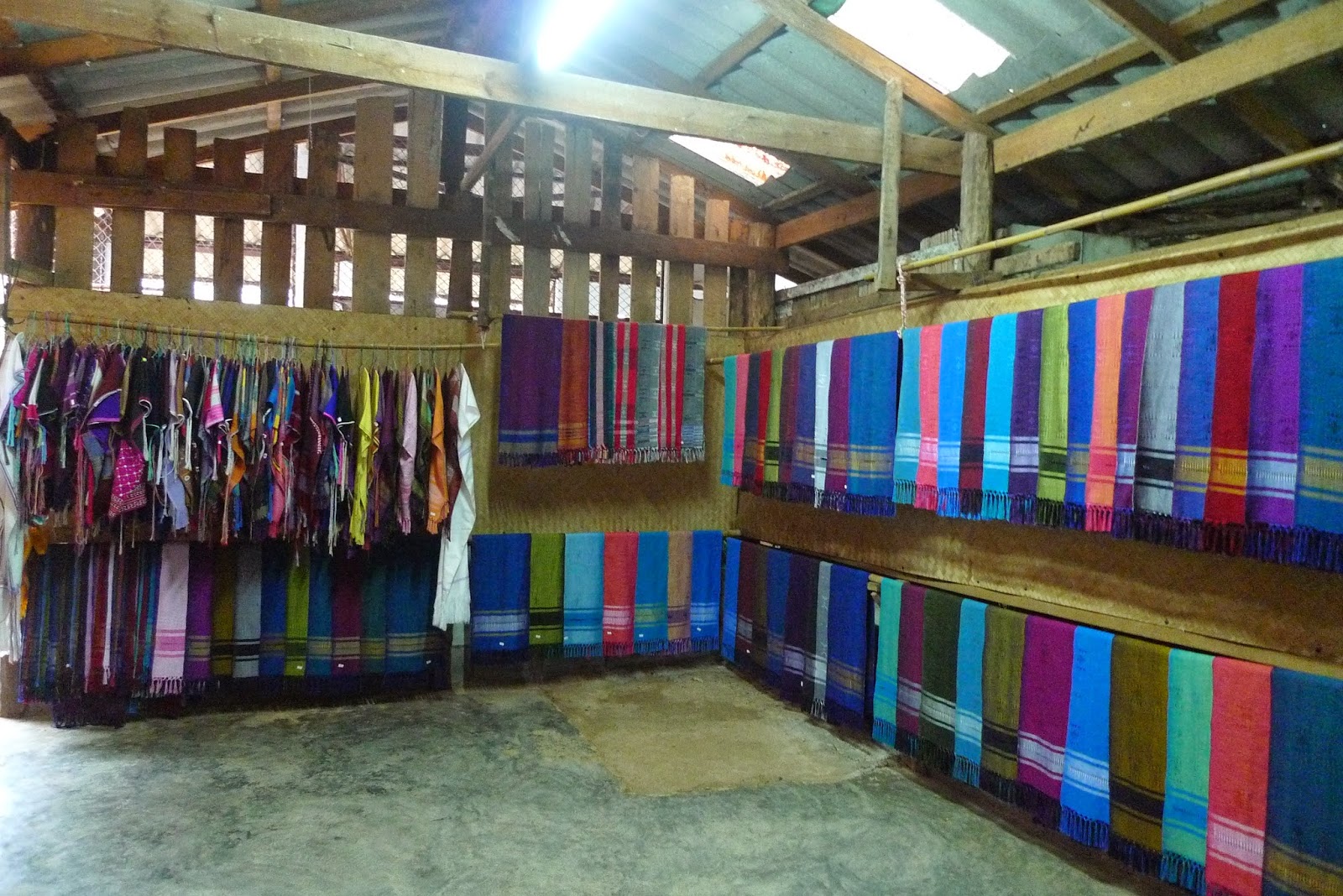 Shawls and traditional costume for sale

Lastly, we visited Mae Klang Waterfall before returning to Chiangmai. As hubby and I have seen so many waterfalls before, we are not keen in visiting Mae Kland waterfall so we remain inside the van.

We reached Seven Senses Guesthouse in the evening and rested until the driver came to fetch us for the Khantoke dinner. There are 3 places offering Khantoke dinner: old Chiangmai Cultural Centre, Khum Khantoke and Kantoke Palace. The guesthouse owner Munee recommended Khum Khantoke as it's newer so she helped us to make reservation for today. It cost THB690 ~ S$27 per pax which includes THB100 hotel transfer. The driver reached the guesthouse at around 7pm and enroute picked guests from other hotel. The distance from the guesthouse to Khum Khantoke is relatively far and we reached about 30min later.

We were offered welcome drinks at the entrance and then ushered to our seats. We have to remove our shoes as it's not allowed inside the hall.

I have requested for the floor seats which is the traditional thai style of seating on the floor and resting on the thai cushion. We were served both sticky rice and plain rice followed by the dishes. Drinks are not included in the dinner package and we has to be ordered separately. Hubby coommented that it's the worst meal which he had in Chiang Mai as the food are served cold. Well, don't expect delicious food to be served as Khantoke dinner focused more on the performance rather than the food.


There were 9 dances which lasted about an hour and it's not as interesting as I thought, having the Khantoke dinner once for the experience is enough.