Usually I will take public bus to the airport if the flight timing is not too early and if I'm travelling light. The cab fare saved can be spend on others. =D

As I have visited Skyview lounge, I decided to check out the facilities at SATS Rainforest lounge with my priority pass. The lounge is decorated with the rainforest theme and a lot of objects are green in colour. There are shower facilities and sleeping bed inside the lounge which is ideal for transit passengers. Complimentary WIFI with password is also provided here.

The variety of the food is a limited and there is no alcoholic drinks here. I had fried noodles while hubby had cup noodles. 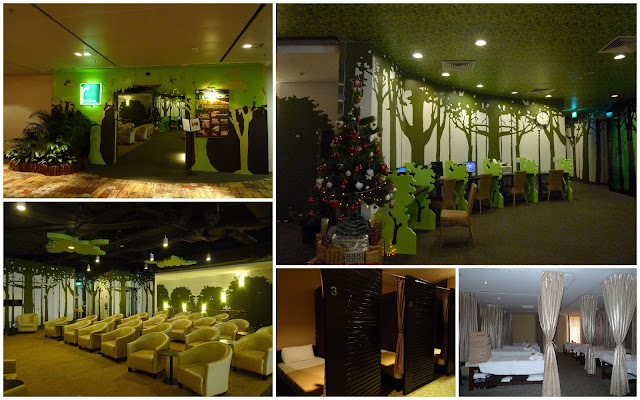 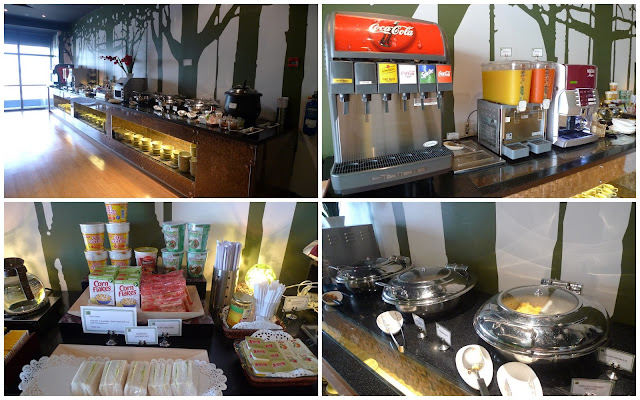 Variety of foods and drinks 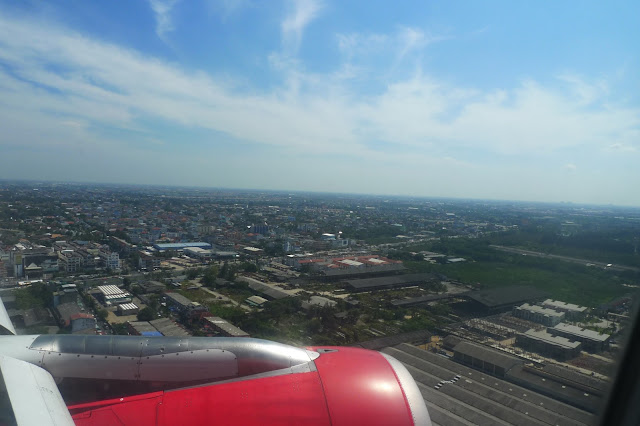 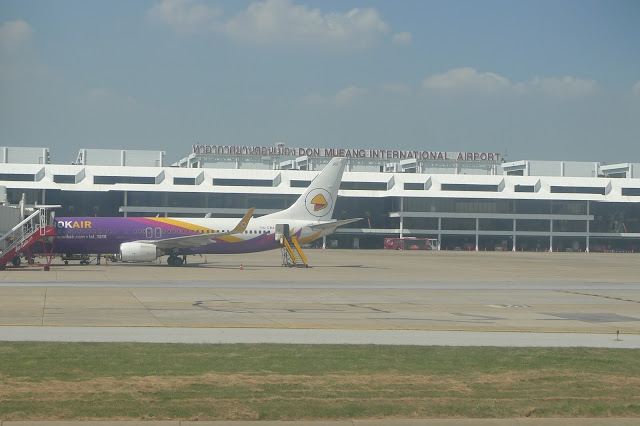 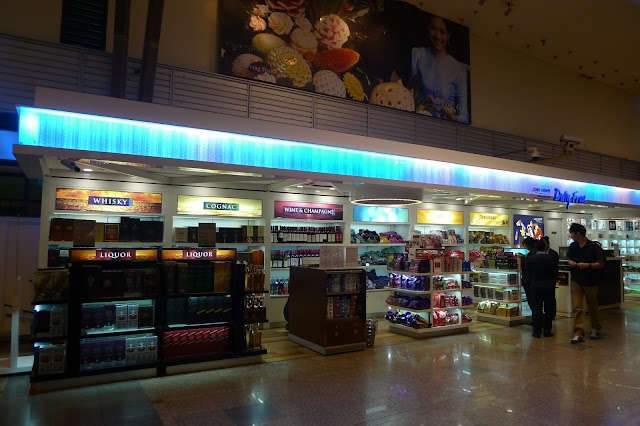 We took taxi to Budacco Hotel and it only cost THB240 ~ S$10. It's not easy to locate Budacco as taxi cannot stop directly in front of the hotel. Luckily we spot the signboard and alight. From the street, the hotel is 100m away reachable from the pedestrian path. 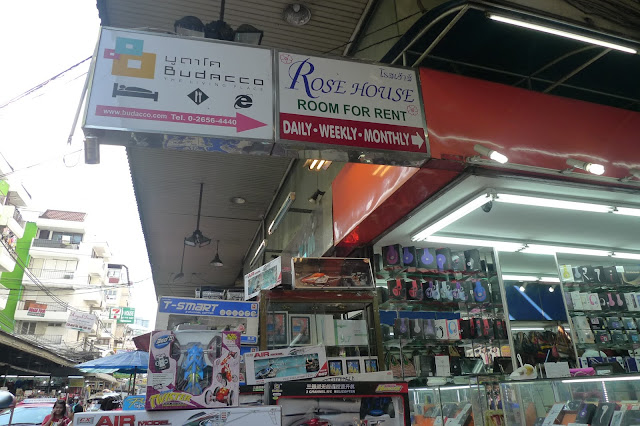 We were served orange squash when checking in. We quickly left our luggage in the room and went out as we are starving. 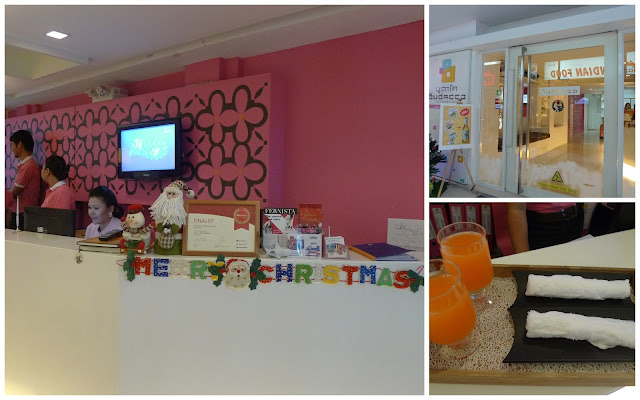 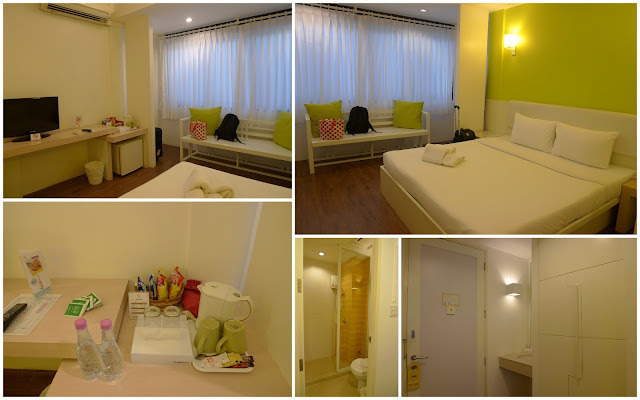 We bought the purple corn on the way but the taste is too bland. 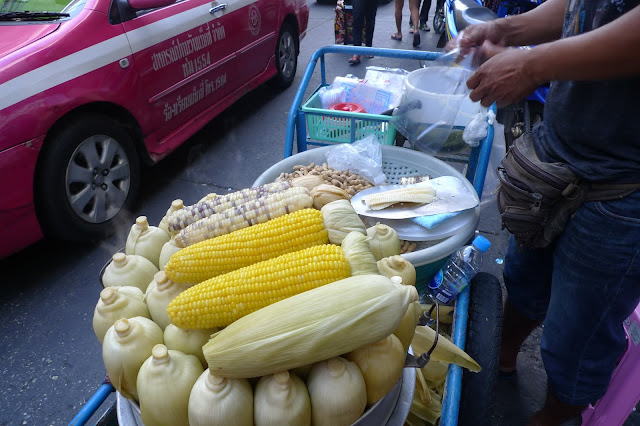 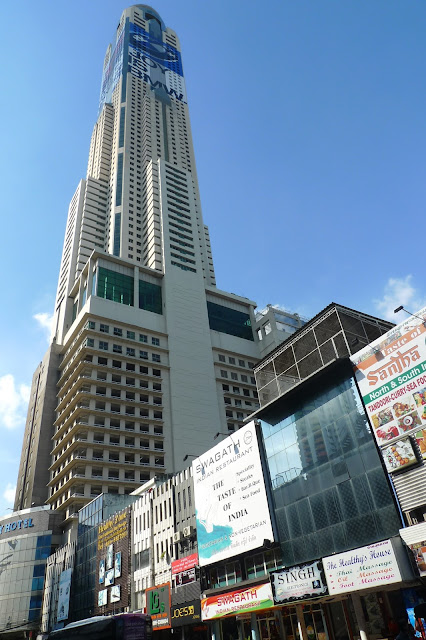 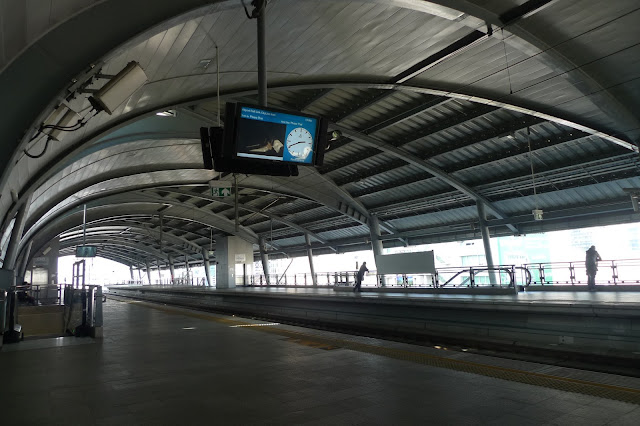 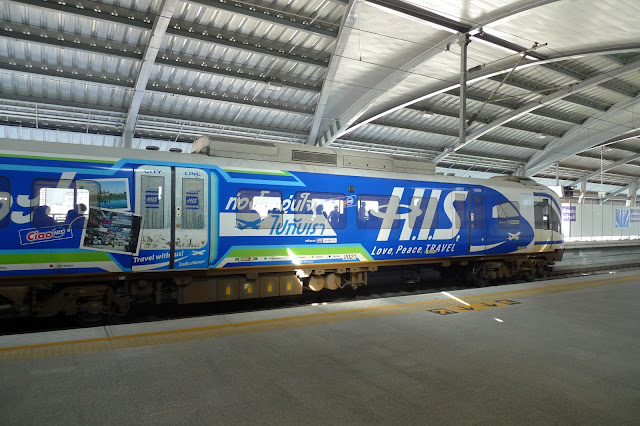 We bought some snacks at Chatuchak market for lunch and shopped for almost 2hr. The snack variety is the same when I visited 2 years ago. There is a new snack - pasta which cost THB45 ~ S$2. It's actually macaroni layered with different toppings such as bacon and crab meat and cheese at the top. We also had coconut ice cream which is a must try whenever we come to Chatuchak. 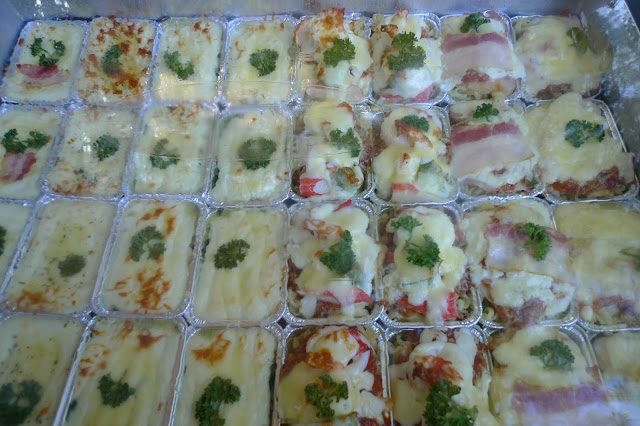 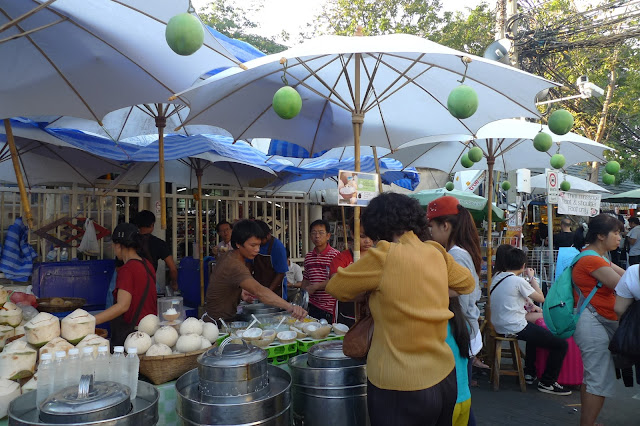 We had dinner at Som Tam Nua (Add: 392/14 Soi Siam Square 5, Rama 1 Road, Direction: Alight at Siam station exit 4 or 6. Look out for Bangkok Bank on your left, turn left into the alley which is Siam Square soi 5. Walk down and look for Som Tam Nua’s striking orange signboard. Opening hours: 10.45am – 9.30pm)

Som Tam Nua is a famous Thai Issan restaurant in Bangkok serving Northern Thai food. Som Tam Nua is ranked as one of the best Som Tam (green papaya salad) in Bangkok and offer a variety of Som Tam.

When we reached at 6.30pm, the queue was long and we waited for about half an hour before we could get a table. We ordered Cha Yen (Thai Ice Tea), Green papaya salad with preserved egg, Tomsep Kadook On Moo soup (North East Style Spicy Soup with Pork Bone), Fried chicken wings and Grilled Pork Neck. Luckily we only ordered a plate of rice to share otherwise I don't think we are able to finish the dishes. Every dish we ordered is delicious and highly recommended. The papaya salad taste sweet, sour and spicy and is one of the best papaya salad I have ever eaten. The pork bone soup is too spicy and I was perspiring while drinking. If the restaurant is not air conditioned, my sweat will be dripping like mad. The grilled pork neck is tender but nothing to shout about. The fried chicken wing is so juicy and yet not oily. It is just so delicious that we ordered a second serving. I shall try the hot and spicy crispy fish as it is also highly recommended. 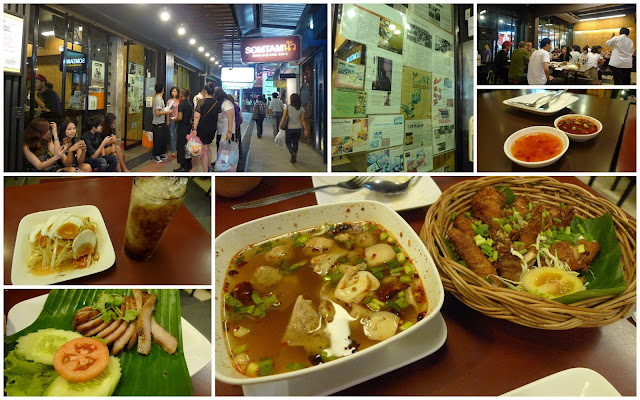 After our heavy dinner, we shopped around at the Siam Square soi. There are many stalls selling similar items and we compared few stalls before buying. 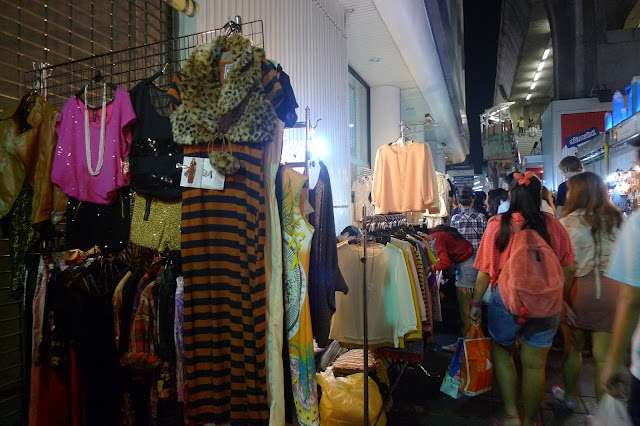 As it's still early, we decided to try out the massage at Health Land spa. We took BTS to the branch at Silom and it's another 15min walk from the Surasak BTS. We had 1 hour foot massage as the body massage slot was fully booked. The foot massage is alright but the masseur keep asking for tips which turns us off and the security guard even help the masseur to ask for tips in chinese. We ignored them and pretend that we don't understand and quickly left the place. It's really unethical for the masseur to openly asking for tips as the customer should feel comfortable in giving tips.

Hi, really enjoy reading your insightful blog. For massage, I learned that they are not really paid and need to depend on tips as remuneration. I guess that is why tips are very important for them.