I have checked with Qunci the rate of hiring a cab to the airport. It's much more cheaper so I declined airport transfer arrangement with Eko. The cab fare to the airport cost around IDR155,000 ~ S$20 whereas the price which Eko quoted me is ID250,000. The journey from Qunci to the airport takes about an hour.

It seems that most airports in Indonesia does not allows non-passengers to enter the departure hall as valid air ticket is required to admit.

There are not many flights departing from Lombok hence the check in counters are not crowded.

After checking in at the check in counters, we took an escalator to the second level and have to pay the departure tax before clearing the immigration. The departure tax is IDR100,000 ~ S$13.

There are not many shops inside the transit hall and no WIFI inside the airport.

Shops inside the transit hall

I have pre-ordered nasi lemak on board for both of us. I have read reviews that the nasi lemak taste good but it wasn't good at all. So far the best Air Asia in flight meal I have eaten is BBQ chicken. 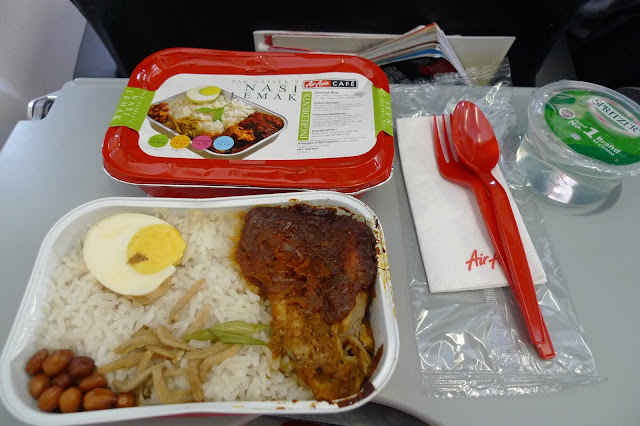 We had tea break at Old Town White Coffee while waiting for the flight back to Singapore.

hi, read your blog for lombok. It is so detail and well written. I am going to Lombok soon and it help me to plan my trip. Thumb up.

Hi, I enjoyed reading your blog!!! I'm planning to go to Lombok end of the year!!! Will somewhat follow your itinerary. =)

Hi Jerlin, thanks for the reply. I was a bit confused (maybe). I saw you mentioned about Eko, but i thought your driver is Erlan and they are different. Oppss... SORRY!!! :(

I have contact Eko but he is not available during the period which I have visited hence he sent his staff Erlan. Hope this solve your confusion. =)