Our itinerary for today initially was Shifen, Pingxi and Jingtong and we took a train from Taipei main station to Ruifang which took 45min.

Waiting for the train


Upon reaching Ruifang train station, we were horrified to see so many people waiting for the Pingxi train line and we couldn't squeeze into the train. We decided to return to Taipei as station has announced that the next train is also full. I ended up swooping today's itinerary with tomorrow. I realised later that today is a public holiday in Taiwan which explains why all the places which we visited are packed with people.


We board the next available train back to Taipei main station and then change to metro to Xin Beitou station. There is a arch 牌坊 at the entrance of the station which portraits a strong Chinese culture compared to other modern metro stations.


We had a quick fast food lunch at KFC which is just outside the metro station. The fries here is good compared to the fries at KFC in Singapore which is soggy.


We walked passed Ketagalan Culture Center (Add: 3-1, Zhongshan Rd, Beitou District, Taipei City & Opening hours: Tue - Sun 9am - 5pm, Closed on Public Holiday) which is dedicated to introduce the Pingpu indigenous tribes cultures. However it was closed as today is a public holiday. 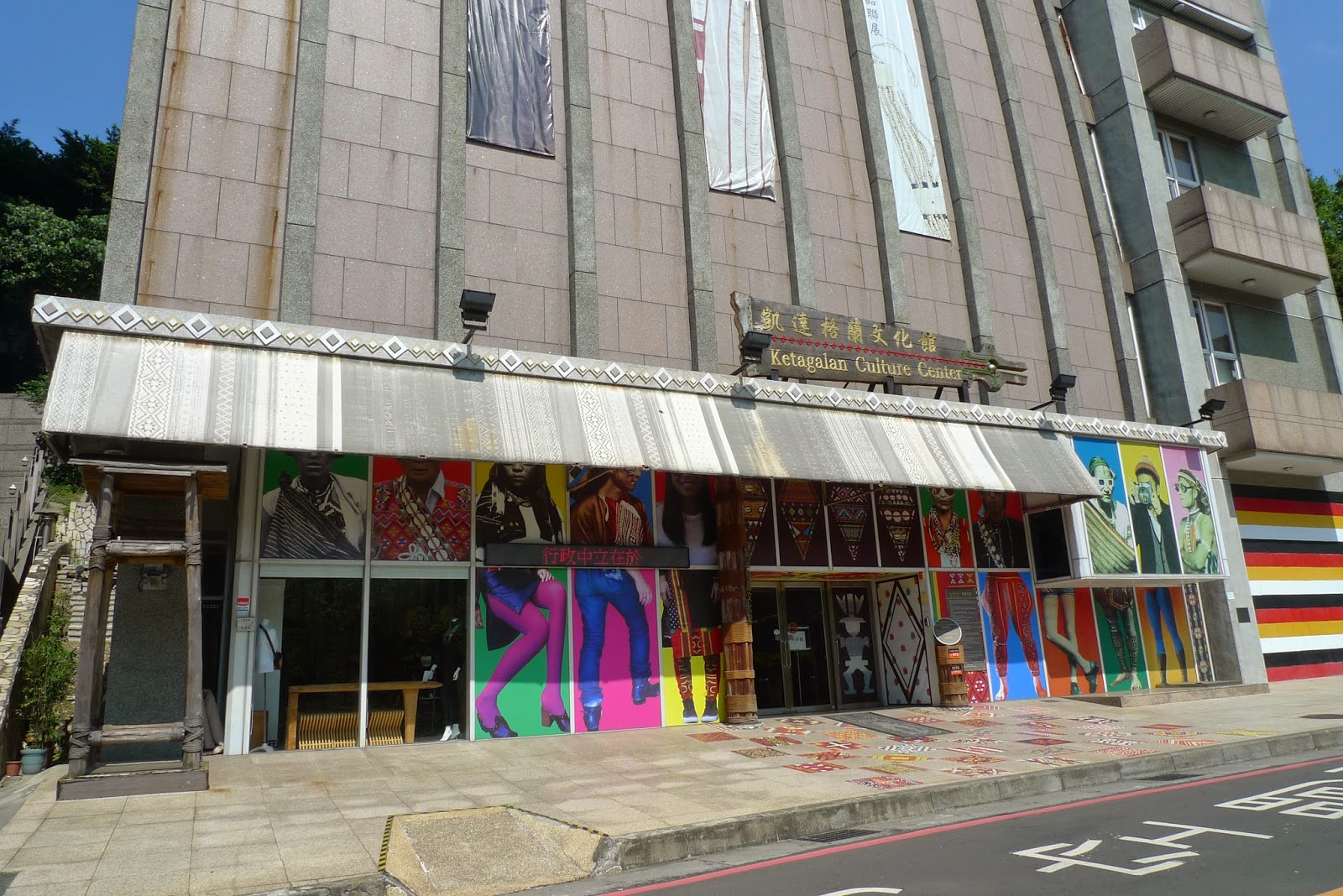 
Beitou is one of the 3 hot spring places in Taipei and the other 2 being Yangminshan and Wulai. There is even a hot spring museum at Beitou (Add: 2 Zhongshan Rd, Beitou District, Taipei City & Tue - Sun 9am - 5pm, Closed on Public Holiday). It was originally constructed by the Japanese in 1913 and was the largest hot springs public bath in East Asia at that time. It functioned as the main public bath in Beitou and received visits from both Crown Prince Hirohito and Dr. Sun Yat-sen.


There is public hot spring which is just beside the hot spring museum (Add: 6 Zhongshan Rd, Beitou District, Taipei City). This is a mixed bathing bath and requires use of bathing suits. The baths are open in 6 sessions with 30 minute cleaning times in between and admission is NT40.


As we walked further down the road, we saw people making used of the free hot spring which flows down the river.


At a Y-intersection of Zhongshan road, we continued walking down the right path which eventually leads to Beitou Thermal valley (Opening hours: Tue - Sun 9am - 5pm, Closed on Public Holiday).

Beitou Thermal Valley or Geothermal Valley (地熱谷) is a volcanic crater filled with steaming natural sulfuric hot spring water. The water temperature can rise up to 100°C and is the hottest spring in this area. The mineral composition of the spring is Green sulfur and this type of spring can only be found in Beitou and Akita in Japan. The water pH value is between 1.2 to 1.6 which is very acidic.


At the entrance of the Thermal Valley, there are shops which offer very cheap hot spring facilities which starts from NT120 for 40min.


I'm skeptical on the conditions of such cheap room hence we enquired on the rates from the hotel instead. We ended up having 60min private room hot spring at Beauty Age Hotel 美代酒店 which charged NT720 ~ S$30 which is consider reasonable. We were disappointed when we entered the room as it's just a small room with cushion and small table. The room looks aged but the condition is still acceptable. Well, you pay for what you get.


Apart from being famous for its hot springs, Beitou is also home to Taiwan’s first “green” library. The structure makes generous use of French windows and natural light, and blends in with the surrounding environment.


From Tamshui station, we walked for about 10min to the old street which is lined with many food and souvenirs shops.


I have mentioned earlier that today is a public holiday so it's not surprising to see such a huge crowd at Tamshui.


One of the famous must eat in Tamshui is A-gei. This is the authentic A-gei shop and we saw many people queuing up. A-gei is actually tofu filled with glass noodles and fish paste. We tried and find it not to our liking.

We then took a ferry to the fisherman wharf. One way trip cost NT50 and return trip cost NT100 so it does not make sense to buy return ticket beforehand.


We crossed the lover's bridge to the other side across the river and there is this famous Love symbol with many people taking turns to take photograph and we are no exception. As the night darkens, the lover's bridge is illuminated with rainbow colours of light.

Light up of Lover's bridge


We took the ferry back to Tamshui and walked through the old street back to the metro station. There is this famous authentic Ah po iron egg shop which sells iron egg and I bought a packet. I also bought from another shop further down the road which is much cheaper.

A shop visited by Taiwan President